By the end of next month it's going to be nearly all done. What next? 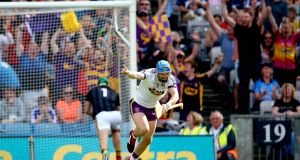 In among the swirl of events at the weekend, on-field and off, were memorable moments as well as points that will become significant in the near future. It’s a feature of the new calendar how quickly things move along and a few days into July, all of the preliminaries are now over and the All-Ireland championships effectively underway.

The GAA year will be all but over next month.

After Tipperary and Limerick met in the final round of the provincial round robin, the latter were batting away suggestions that they had deliberately eased back on the throttle and that their sights were set on farther afield than a Munster title.

A below-strength selection in Thurles appeared to substantiate the former charge and speculation gathered that they could win an All-Ireland having lost three times in the province.

Throw in Tipperary’s injuries and the home advantage of the Gaelic Grounds and the scene was set for the sort of ambush about which you could write a poem. After Tipp had expired in the Valley of Death, it became clear that Limerick weren’t at all prepared to play fast and loose with Munster finals for the sake of an All-Ireland – just the round-robin phase.

They are now the first team from the province to hold all three major titles – All-Ireland, national league and provincial – since Tipperary 18 years ago.

Wexford hope and they will come

The attendance at Sunday’s Leinster final again crossed the 50,000 threshold for a Wexford match. Just two years ago, the county played Galway at the same stage and drew a record crowd of 60,032. The previous record had been in 1997 when 55,492 showed up for Wexford-Kilkenny, the last Leinster final in which Wexford were champions.

It’s a lot to do with expectation, though. The David Fitzgerald years have had that impact in the south-east. Last weekend by my reckoning was the first time Wexford went into any Croke Park meeting with Kilkenny – including the 2004 semi-final coup – buoyant with optimism since that final 22 years ago.

For a glimpse at the other end of the spectrum, go back to 2008, which was the last time the counties played a Leinster final. This was within 12 months of a championship in which the counties got to play twice – after Wexford unexpectedly reached the All-Ireland semi-finals. Kilkenny won by an accumulated 25 points.

Opinions are divided on the performance of Sunday’s Croke Park referee, John Keenan. For some, he let too much go during the match although, from this perspective, it didn’t look that different to many big matches in which frees are as easily awarded as planning permission in Mr Keenan’s home county of Wicklow.

There’s nothing scientific about the following but there were 23 frees given on Sunday. A week previously in the Leinster football final, which unlike its hurling equivalent wasn’t a byword for intense competitiveness, the number was 50 per cent higher – call it the manliness discount.

One dismayed official, not from Kilkenny, said that had the result gone the other way, “there would have been uproar all week”.

The Tier 2 proposals emanating from Central Council at the weekend, which have been circulated for wider discussion, are an optimistic statement of what is hoped to be a credible and attractive graded All-Ireland football championship. Among the details is the following assurance of attendant publicity.

“It is also envisaged that both proposals would have dedicated broadcast coverage and a marketing and promotional campaign with a dedicated All-Star selection and tour.”

Sceptics may take more convincing, as they have frequently pointed out the low-key profile of hurling’s equivalent, the McDonagh Cup. On Sunday the final of that competition between Laois and Westmeath took place on a Croke Park double bill but the throw-in time clashed with the Munster final, forcing its broadcast onto the TG4 YouTube channel.

The best coverage received by a graded competition was the prosaically titled All-Ireland B championship in the 1990s, which took place at a different time of the year to the race for Sam Maguire. That’s just not possible in these days of condensed schedules.

Some sympathy is due to Croke Park for the radical decision to switch the climax of the senior club championships back to early January. Immediate reaction was slightly alarmed and understandably so given the semi-finals dates of the first weekend in January, 4th and 5th.

The final would be a fortnight later. That’s very early into the New Year but there’s not a whole lot of choice in the matter as the national leagues begin the following week and few would wish to relegate the club finals to competing with the big drum roll that signals the start of the inter-county season.

The misgivings about losing the traditionally venerated St Patrick’s Day slot have already been dealt with on the grounds that it’s unfair for club players to have to wait around for more than three months after winning their provincial titles to conclude the championship.

There is widespread support for the idea of placing the club championships on a calendar-year basis but that requires the co-operation of the provincial councils. Croke Park’s unilateral move on this is to increase momentum towards holding finals in December and the counties and provinces are to follow suit next year.

It might have been better to hold off until the calendar year could be built into the overall fixtures schedule but experience teaches us that within the GAA, the best way of getting movement on any issue is to force it.