Peers uncomfortable with way O’Halloran was treated by Clare 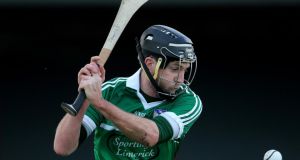 Limerick’s Donal O’Grady: “Straight away signing a code of discipline says to me there’s a lack of trust in the squad. There is an honesty in most camps and stuff would be just flagged by a fellow player.”

A Clare hurler who claimed he was humiliated and isolated by the treatment he received from his manager has yet to be contacted by any segment of the GAA or Clare County Board. It is believed he only he received a phone call from the GPA after a full week of being in the media spotlight.

Both Clare GAA and the GPA have released statements suggesting they have investigated the player’s claims, both now deeming the matter closed for debate.

The lack of support, particularly from the relevant organisations, or from any of the player’s former team-mates or coaches, at least on the record, has led to several players and mental wellbeing organisations questioning the support systems available to players or equally the awareness and delivery of the programmes which are in place.

Three years ago, Wexford hurler Lee Chin spoke out about the racial abuse he received while playing a senior club football match.

He says that while the GPA is a “great resource, they will help if you go to them”, there was also a lack of initial support for him after that incident.

“I can’t remember going to the GPA as I had the support of my family and friends and all of my team-mates so it was different... but no they didn’t contact me either. When I look back at some of the interviews I had done back then, like with the Late Late Show, I probably would have liked to have been a bit more aware of what was to come.

“I was getting so many phone calls I didn’t know how to handle it and it got tougher repeating the same thing over and over. I would’ve liked a bit of support.”

All-Ireland medallist O’Halloran claimed that he and another Clare senior hurler were humiliated by “double-standard” disciplinary punishments dished out to them for being caught on a night out two days before a league game. They claim they were injured and not drinking.

They say they were to be made spend three weeks in which they had to tog out separately, train in a corner alone, and were not allowed to travel to games, wear their county gear or talk to fellow players at sessions.

But the input of the entire squad in this statement stretched only as far a text message informing the panel the statement would be released on their behalf, and for them to make contact within an hour if any player took exception to its content.

“I think the boys’ situation was very harsh,” says Chin. “A team is based on trust and honesty. If two boys come forward and say there was no alcohol that should be believed . . . you need a social life too.

“I wouldn’t say bullying, but it was too far, it was out of order. If Davy didn’t believe them and there is no trust and honesty there then, for me, they should just be cut from the panel. Not three weeks of that, it is humiliating.

“We’re a very tight-knit panel in Wexford and I know if it went on here there would definitely be a bit of support from the panel, but I suppose the show must go on.”

According to former Clare hurler and current ambassador for the Soar wellbeing organisation Tony Griffin, there is “absolutely” not enough support for players dealing with media bombardment or for those embroiled in the aftermath of personal, yet very public issues. He says the GPA have mental welfare programmes in place but there is a lack of awareness regarding them.

“The key is increasing the awareness of these services.

“We are asked increasingly by intercounty managers to work with their teams. The volume of requests, whether to Soar or me personally, would indicate that there is a serious lack of understanding of how to consciously develop emotional resilience and positive coping strategies in our young players.

“Until we do so they will not be equipped with a full arsenal to completely express themselves in a way that respects the enormous demand they will increasingly be asked to meet.”

Westmeath footballer John Heslin says he has been regularly contacted by the GPA representative in Westmeath to ensure he is happy with things there, although this does not appear to be a common trend.

“The GPA do excellent work but maybe a situation like this hasn’t arisen before and we’re all learning. The players do need more backing but maybe it’s something that’ll be brought forward in the next meeting, we’d hope.

“I don’t know the full story of what happened in Clare, but it won’t bode well for the county moving forward.

“It was unfair and if it happened in the workplace it wouldn’t go down well.”

Heslin and Chin both insist there are currently no disciplinary codes of conducts being signed within their panels – and if there were they would be refusing to sign.

“I won’t sign as I’ll do it anyway,” says Heslin. “I will eat right and I will go to training. If not and if you’re slacking off someone else will just take your jersey. At the end of the day, we’re amateur players and if you want to do something you do it. And there are consequences for what you do. But nobody owns you.”

Wexford manager Liam Dunne explains why he does not uphold any such binding code: “I don’t make rules, rules are made to be broken, the temptation is there. We set standards, not rules. If one of your main guys breaks the rules in a pub then what do you do? You’re really on the back foot.

“If you’re not prepared to set standards for yourself and your team-mates or you can’t trust the players then you can’t expect to be going anywhere.”

Clare manager Davy Fitzgerald pointed to the county’s past ill-discipline issues as reason to set up a code of conduct. Last year’s Limerick captain Donal O’Grady has a contrasting view though on how the past should shape a panel’s outlook.

“We know what went on in Limerick over the years and that it wasn’t good enough. There are no collective drink bans or codes of discipline but an understanding that we needed to change that.

“Between diet plans and gym sessions and training and matches at the weekend, there isn’t much time anyway. You can’t be seen going to a chip shop, it’s gone that crazy.

“But straight away signing a code of discipline says to me that there’s a lack of trust in the squad. There is an honesty in most camps and stuff would be just flagged by a fellow player who would take him aside and have a chat.

Mayo’s Connacht winning football captain Andy Moran says there is nothing more than a verbal disciplinary agreement within the Mayo camp.

“If a group need to sign that then they are not in a good place to succeed anyway. We’ve always had leaders in our dressing-room.”

Moran is one of a number of intercounty players contacted by this newspaper who have rejected the notion that a disciplinary code carrying draconian punishments is productive.

Antrim hurler Neil McManus said: “You don’t get anywhere by punishing players, I don’t think it creates a good atmosphere. To be honest I don’t think there are too many managers carrying a big stick. It’s more about challenging players than chastising them in front of everyone.

“These men are giving up their free time, they’re adults and they’re able to understand being talked to.”

The GPA have declined to respond to numerous queries regarding their role in supporting intercounty players like O’Halloran, or in the monitoring of possibly excessive disciplinary codes.