Roscommon’s firepower should see them past Leitrim 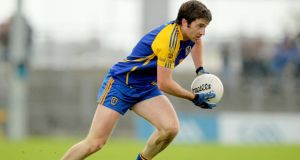 If you’d frozen the frame midway through the league, this game would have shaped up as something more than the cakewalk most folk presume is about to ensure.

Leitrim weren’t just unbeaten after four games but they’d dished out damn good thrashings to Antrim, Wicklow and Carlow and drawn with Clare. Might not sound like much but for a team which had also picked up a second FBD League in a row in January, it was heady stuff.

Had they kept that going, they’d still be coming in here as underdogs but the gap wouldn’t seem as wide.

As it was, their league collapsed in on top of itself with a careless defeat away to Waterford and then a total undressing at home to Tipperary.

Little hope
Seán Hagan’s first spring therefore served mainly as a reminder that a little bit of hope can be dangerous in Leitrim.

He found a couple of players all the same. Tomorrow’s full back Donal Wrynn was an All-Ireland handball champion at minor level and already, at just 20, looks a keeper. He was pressed into action in most lines of the pitch during the league but for now full back is his home. Debutant midfielder Damien Moran is another who promises good things, although he’s still fairly raw and this could turn out to be a torrid enough baptism.

By any measure, Roscommon are going in the right direction. Sure, the under-21s got a bit of a chastening in the final against Dublin but that will happen.

Game by game, you would expect John Evans to feed a few of them into the senior side – it’s surely only a matter of when rather than if we see Diarmuid Murtagh this summer – but for now he’s sticking with pretty much the side that won the Division Three final.

They put up a big score against Cavan that night, the bulk of it from the boots of Donie Shine and Senan Kilbride. Cathal Cregg works well as a target at full forward and the breakout running of half backs Niall Daly and David Keenan gives them plenty of options.

Shine and Kilbride need a lot of watching but, even when one of them are quiet, they cover both sides of the pitch with their free-taking.

It makes for a potent mix and will surely yield a total that Leitrim won’t be able to threaten.