Despite the absence of several big names from last year’s team, Eamonn Fitzmaurice’s men should prove too strong for Galway 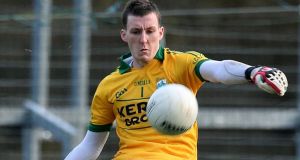 The remarkable thing looking back at the Cork game wasn’t so much margin of victory – 12 points, the biggest in a Munster final between the counties since Cork took the 1990 version by 2-23 to 1-11 – but the fact that Kerry went into it as underdogs.

When the various Cork and Kerry teams of the past would dish out a paddling to the other, it was usually during a golden period of multiple wins on the trot and most regularly in a time of All-Irelands. It was almost never against the head.

Yet here Kerry were, available at 6/4 on the morning of the game, away from home and without one of the greatest players in their history. And boom, not a bother on them.

The lesson – from that game and from the All-Ireland semi-final against Dublin last September – is that while Kerry might not always find a way, they will give it a damn good try. Institutional memory has to be worth a couple of points to them in every game.

If they come through this tomorrow, it will mean that Eamonn Fitzmaurice has at least matched last year despite losing Colm Cooper, Tomás Ó Sé, Paul Galvin and Eoin Brosnan over the winter.

To be able to keep rinsing out the team and still be competitive says much about the football culture of the county.

That said, it’s hard to argue that the team as currently constituted is better than the one that ran the Dubs to injury time last year.

The Munster final was glorious but this still has a make do and mend look about it. A fit and firing Bryan Sheehan is obviously an addition and the return of Killian Young gives the middle of the defence a reassuring stability.

But it’s in the forwards where Fitzmaurice has been particularly badly hit.

He’d give anything for Darran O’Sullivan to be in good working order, if only to take some of the workload off Declan O’Sullivan. The latter’s performance in the Munster final was up there with the best he’s ever produced for Kerry but you have to wonder is it repeatable.

He covered every acre and still took on the responsibility for spraying passes into James O’Donoghue and Paul Geaney.

It was as though he was trying to make up for the absence of both Galvin and Gooch at the same time. Cork were compliant the last day but it’s hard to see every team acquiescing.

Galway have made it to Croke Park for a second year in a row, although it must be said they’ve had the wind behind them on their passage both years.

They have beaten Tipperary (twice), Waterford, Armagh, London and Sligo over the two campaigns and of them, you could really only argue that last weekend’s win over Tipperary carried any weight. Mixed in among them were a couple of bad beatings from Mayo.

And yet here they are, a solid side sprinkled with young talent in the right places. The midfield pairing of Tom Flynn and Fiontáin Ó Curraoin aren’t there yet but they’re getting there and the match-ups with Johnny Buckley and Anthony Maher around centrefield tomorrow will be old-school.

Galway’s attacking plan is built on pace and if they can move the ball quickly into the full-forward line, well, Marc Ó Sé and Aidan O’Mahony have many qualities but spring-heeledness is no longer one of them.

For all of Kerry’s turnover of players, they still start six experienced All-Ireland winners here and have another three to bring in off the bench when needed.

It should be plenty.

Aaron Rai keeps the heat on as Irish big names frozen out at Galgorm Castle 20:49
Weekend Premier League team news, kick-off times and TV details 20:21
Mark Power finds his driving form in the nick of time to make the weekend 20:21
Ryan Mullen best of the Irish during World Championships time-trial at Imola 18:35
Saracens plan to ‘relish’ Champions Cup campaign before relegation 18:20
Crossword Get access to over 6,000 interactive crosswords