Kilkenny and Tipp spin the turnstiles

Much anticipated Nowlan Park qualifier expected to sell out, according to the GAA 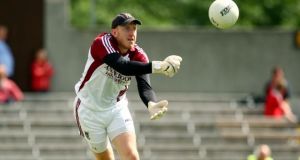 The GAA is anticipating a sell-out for next Saturday’s seismic All-Ireland hurling qualifier between All-Ireland champions Kilkenny and Tipperary.

A statement from Croke Park advised supporters to purchase tickets in advance of the match, which has been fixed for Nowlan Park at 7pm, almost exactly two months to the day since the counties met in the National Hurling League final.

That match attracted a near-capacity crowd of 21,447 and at least as many will be expected for a match that will eliminate one of the counties, forcing their earliest exits since 1996 and ’98 respectively.

Fixtures released
Fixtures for round two of the All-Ireland qualifiers have been released. The draw reprises two Ulster quarter-finals, Derry-Down and Cavan-Fermanagh, which has caused some concern, but the provision to protect the qualifier draws so that this wouldn’t happen was changed at the special congress of 2006.

There is a familiar ring to many of the pairings, with Roscommon-Tyrone and Longford-Wexford both having been played last summer in the qualifiers and Leinster championship respectively.

Kildare were surprised by Louth three seasons ago in the Leinster championship.

Galway’s first qualifier win in nine years, against Tipperary, at the weekend pitches them against another Munster county Waterford.

Kerry have suffered an injury blow in the run-up to Sunday’s Munster football final against Cork in Killarney with the news that Aidan O’Mahony dislocated his elbow during a Kerry squad practice match at the weekend.

Out of contention
According to the county website: “Following medical treatment his elbow was re-aligned. He will meet with a consultant later this week when the full extent of the injury will be diagnosed. The injury rules Aidan out of contention for a place in the squad for the Munster GAA Football Final against Cork on Sunday next”.

Westmeath goalkeeper Gary Connaughton has retired after the county’s All-Ireland exit on Saturday after losing to Fermanagh in the football qualifiers. A member of the team that made history by winning the Leinster senior championship in 2004, Connaughton – who was also a talented soccer player – also won a provincial under-21 medal in 2000 and an All Star in 2008.