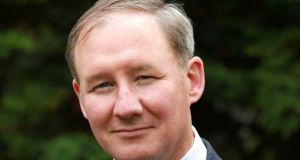 All of this has happened before, and it will all happen again. Whether JM Barrie or Ronald D Moore be your bag, the truth remains. A full 84 years ago, the day after Kerry put Mayo away for their fourth All-Ireland in a row, no less interested an observer than the Daily Express lamented the chasm that had long since opened up between the best team in the land and the rest.

“The superiority of Kerry as a football power is now a serious problem for Gaelic administrators,” they opined.

The administrators survived. Life rolled on and Kerry fell to Cavan the following August, ending an almost five-year run without a defeat. Between October 14th 1928 and March 19th 1933, Kerry went unbeaten in league and championship football, a stretch that lasted 34 games. For all that the current Dublin side have been carrying whatever has been put before them, they have a way to go before they match that.

If Jim Gavin’s side carry out their expected routine lobotomy on Westmeath tomorrow, it will push their unbeaten run in league and championship out to 25 games. The last time they came out on the wrong side of a result was a league game against Kerry in Killarney last March. Since then, Dublin’s record reads Played 24, Won 22, Drawn 2.

There was no national league in those days, which explains why it has taken the modern Dublin side only half the time to pass them. But that era passed, too.

This, of course, is cold comfort to the teams presenting themselves year-on-year for punishment beatings nowadays. The brutality with which they’ve squashed the Leinster Championship beneath their heel is probably the main reason for the despair across the land. The last thing you need while hunkering down beneath a hurricane is to be told there have been big winds before and that they’ll come again.

Still, it’s worth pausing every once in a while to take a broader view of the destruction wrought upon the Leinster Championship over the past decade. Incredibly, Dublin have lost one match in the province in 12 seasons. A win tomorrow will complete a run of six titles in a row in Leinster, matching the 1970s Dublin team and the Kildare side of the 1920s.

They haven’t lost a game in the province since 2010 and haven’t been beaten in a Leinster final since 2001.

Each of their past 10 provincial matches have ended in double-digit victories. The average winning margin since they last lost a Leinster Championship game, season on season, has gone from four points in 2011 to seven (2012) to 13 (2013) to 14 (2014) to 19.66 (2015). So far in 2016, it’s at a distinctly less flashy 10.5 points. But considering Westmeath parked a fleet of buses in the equivalent game last year and still lost by 13, it’s not hard to see that average rising tomorrow.

As a competitive entity, the Leinster Championship has just been washed away by this Dublin side. Indeed, you have to go back to the 2012 Leinster final to find a game that was remotely in the balance inside the closing 10 minutes.

That day, it took a late save from Stephen Cluxton to keep Meath from snatching a draw.

Dublin were 10 points up on 60 minutes but coughed up 1-5 as the clock ran down in a show of carelessness that just doesn’t happen now. Only four years later, it feels like something from a different era.

So what to do? Wait for the storm to pass? Those of us in the stands have the luxury of sitting back and enjoying the show. Down on the pitch, self-esteem issues have to kick in at some stage. Meath played the early stages of the semi-final with four forwards in the Dublin half but retreated as the squeeze got tighter and lost by 10. Westmeath went down by 13 last year but were only 0-8 to 0-4 behind at the break. It was damage limitation on the day.

“You’re some fool if you go playing Dublin like they’re any other team in the country,” said Tom Cribbin before last year’s final. “Go and watch the teams that play them in Division One. They don’t line up man-to-man against them. If you’re a Division Two team or a Division Three team and you line up like that, you’re a goner.

What Cribbin lacks in the pomposity of the Daily Express in 1932, he fairly makes up for in brass tacks. History tells us it won’t always be this way. But to sit at a Leinster final this days is to feel the horizon is an awfully long way off.