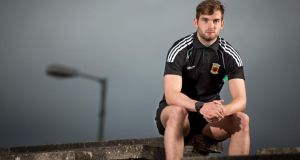 ’The relocation of Aidan O’Shea to centre-forward has been the big development from the Connacht championship and adds to the sense that if Mayo are to win a title, it will be without a traditional, play-making number 11’. Photograph: Morgan Treacy / Inpho

There is no surprise that these teams have made it to the quarter-finals but the manner of Cork’s journey has been one of the few unpredictable elements of this championship.

Cork have become more of a mystery as the season has progressed. Brian Cuthbert’s assertion after the Sligo game that his team has “nothing to lose” in this match isn’t unreasonable considering Mayo’s record. But given that Cork were tipped by many as All-Ireland front runners this year, it is a stark assessment of how expectations have been reconfigured.

Cork are a young team with a young manager and were understandably stung by the unfiltered reaction to their collapse against Kerry which appeared in social media threads in the days afterwards. It is bound to have had a cohesive affect on the group but in a county where the football team has always played second fiddle to the hurlers for affections, it can’t have made them feel great either.

Allied to the mood is the renewed emphasis on defensive stability which Cork unveiled against Sligo. It was partially effective even if it was obvious that it didn’t come naturally to the instincts of the players. But the view that such a configuration is not the Cork “way” is nonsense. If it works for them, they are entitled to go with it.

Of greater import is their morale. It wasn’t just the meltdown against Kerry which Cuthbert has had to consider, the ease with which Dublin strolled back from a 10-point deficit in the league semi-final was arguably a more psychologically damaging event for Cork.

Their strengths are obvious: a potentially devastating inside-forward line fronted by Brian Hurley and Colm O’Neill; a great strike runner in Paul Kerrigan and Aidan Walsh, the most talked about dual player in Ireland. They also have a serious arsenal of attackers on the bench. But they have lost a wealth of experience and this has been a rough season.

Mayo, meantime, are acquiring more experience and battle-readiness than any group since Force 10 from Navarone last showed up on the Saturday matinee. They have easily been the most devastating quarter-finalists of the last half decade, dispatching All-Ireland champions Cork (2011) and Donegal (2-13) and putting 3-18 on Down in between. It has been their habit to hit Croke Park at speed and in vengeful mood.

The relocation of Aidan O’Shea to centre-forward has been the big development from the Connacht championship and adds to the sense that if Mayo are to win a title, it will be without a traditional, play-making number 11.

They will have studied the footage of the six minutes after half-time when Galway tore them apart in a way that has seldom happened. But note their reaction to that scoring burst: Mayo were unflappable and concocted two goals. Even if Cork race out of the blocks here, Mayo won’t panic.

There is nothing to suggest they will go into this quarter-final flat. Cork have a full hurt locker but Mayo have an entire locker room of the same.

They are likely to move up a gear in this match and win.