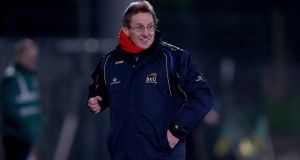 Many crises that ‘erupt’ have been a long time coming and lag behind the warnings that preceded them. In the GAA, it is no different.

The two hottest issues at the start of 2015 are the perennial fixtures crisis and the by-now fairly established flogging of talented young players. Neither of these issues is new and the single biggest influence on both – the multi-eligibility of players in the 17 to 21 age category – has also been obvious for a long time.

To get fully up to date on the scale of the problem, let’s recap some of the most striking points raised at the weekend’s annual Games Development Conference in Croke Park.

The Minor Review Work Group reported last week and reiterated its findings at Saturday’s conference. Salient findings in the work group’s questionnaire (sample size: 300) include that nearly a quarter of all minor players are active in sport every day and some of them more than that; including that quarter, more than half of those surveyed are active at least six days a week.

More damningly, the report found that 81 per cent of respondents had been “placed under pressure by managers/coaches not to participate with another unit of the association” and 62 per cent had played games while carrying an injury.

Among its recommendations, the work group proposes that schools players should not play for county minor or under-21 until the schools’ competitions are completed.

In another presentation on Saturday, Cathal Cregg, the Roscommon footballer and Connacht GAA strength and conditioning officer, described these findings as “shocking”. He also pointed out that the profile of muscle injuries in Gaelic games was far higher than in other sports – an outcome that was directly linked to over-training and inadequate rest periods, he said.

Whereas his view that intercounty players shouldn’t be allowed to play Sigerson attracted attention, Cregg was at pains to point out that he just wanted a thinning of the fixtures burden rather than a prioritising of one competition over another.

It’s possible to push this argument further. In many ways it would make more sense to prohibit Sigerson players from playing national league rather than vice versa. For most involved – and especially those living away from home for what generally is the first time – the college is their life for a brief few years. Their friends are there and they will experience a greater sense of ownership of the college club because they run it themselves. The experience produces players and administrators of the future and should be prioritised, particularly as there are now more than 50 third-level institutions affiliated to the GAA’s Higher Education Authority – between Sigerson/Fitzgibbon and the other competitions, so the old arguments of elitism are no longer relevant.

Two years ago Cregg produced a post-graduate thesis which indicated that higher-intensity interval training could produce better results in half the time than traditional high-volume sessions, and he has consistently highlighted concerns about the effects of training methods on younger players and their lives.

for up to a dozen teams, which can be the case for elite dual players, also impacts on fixtures because it’s not possible for in-demand young players to be available all of the time and any clashes on the fixture schedules can only be resolved by postponement.

On the basis of experience, neither solution will likely commend itself to a GAA gathering. If we go back seven years to the debate on the recommendations of the Burnout Task Force, it’s possible to see the difficulties in achieving any improvement in the area of multi-eligibility.

The task force was composed for the most part of health professionals and was chaired by Dr Pat O’Neill, the Dublin All-Ireland winning player and manager. It presented to a special congress a grim range of evidence, including spiralling rates of injury and loss of interest. One in 10 players surveyed in the 16-18 age cohort was beginning to question their participation in Gaelic games.

Significantly the opposition shot down a key proposal, which was the trialling of an under-19 championship to replace both minor and under-21. They managed to do so based on arguments that were long on what was good for the game or their own individual counties but offered no real alternative solutions.

Coincidentally, the same special congress considered a number of changes designed to free up space in the annual fixtures schedule for club matches.

Between the two reports – burnout and fixtures – there were three major votes. The under-19 proposal was defeated and the other two – introducing a fixed close season for intercounty activity in November and December and abolishing replays in provincial championship matches until semi-finals – were passed.

The two successful motions were revisited in subsequent years, however, with the close season varied after a couple of years of being honoured more in its breach than observance, and in 2011, replays returned to all provincial matches.

We’re about to embark on the least sane period of the year with young footballers torn between under-21 intercounty, Sigerson Cup and the opening weeks of the national league – the three highest ranking grades of football outside of senior intercounty championship.

For added daftness, they’ll all be at different stages, requiring different types of training. This wouldn’t be so bad, said Cregg on Saturday, were the three managers in charge of these teams to agree a schedule for the players in question. He added, however, that in his experience such co-operation rarely takes place.

This will spare players in a handful of clubs the onerous schedule of having to remain in training for up to three further months after winning their provincial titles, but more to the point, it is also intended to force counties to play their championships during the summer and restore a semblance of balance to the season of club players.

You’d have to hope that the mounting problems of fixtures and burnout will carry more clout at next month’s congress than they have previously, but who’d be confident?