Dublin hurlers wary of a Cork backlash at Croke Park 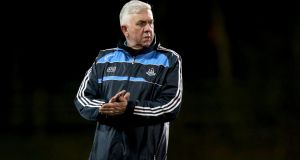 Dublin manager Ger Cunningham is anticipating a backlash from his native Cork in Saturday’s Allianz Hurling League Division One A clash at Croke Park.

Cork manager Kieran Kingston is still searching for his first victory of the season as the Rebels lost their opening fixtures to Galway and Waterford, leaving them with early relegation worries to contend with.

But Dublin were in a sticky situation themselves after a heavy defeat at the hands of Tipperary – before producing a superb performance to see off Galway at Parnell Park.

Cunningham said: “We were a similar position against Galway and we know what the Cork mindset will be. There’s going to be a backlash as they’ll be disappointed with their start, losing two matches.”

The former Cork coach and selector has backed Kingston to get it right on Leeside, having worked alongside him as a selector during Jimmy Barry-Murphy’s reign as Cork manager.

“There’s no doubt. Kieran knows all of the players having been involved for a couple of years with Jimmy, which is a big plus, and they know him, which is important as well. He’s a professional guy in his approach, knows the game well and knows the Cork hurling scene.”

Centre forward O’Dwyer was the victim of an assault outside a Birmingham nightclub last October and may not return to play until May, leaving him with a race to be ready for the Leinster SHC quarter-final against Wexford.

“He’s doing brilliant, fantastic,” said his manager. “He’s not rushing it and while at times he’s frustrated and wants to get back a bit sooner, his attitude is great.”