Do you have a pension target or know how much money you will need in retirement? Don’t worry if you don’t. You’re not alone according to the Zurich B&A Pension Survey 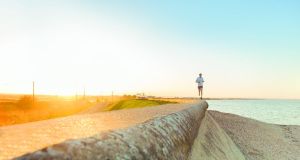 Of those surveyed in the Zurich B&A Pension Survey 2016, the majority said they worry about their future pension. Photograph: Zurich

Zurich Life carried out a pension survey last year to gauge how informed people were on pensions and to see what effect any knowledge gaps where having on people’s decision to start a pension and plan for retirement.

Of those surveyed in the Zurich B&A Pension Survey 2016, the majority said they worry about their future pension. And probably rightly so, given that less than half have a target, with two thirds of these stating their target to be enough money to live comfortably. It is debatable whether they understand what this is in reality, especially given the low amount they are saving into their pensions.

Around three in five felt they were well informed about their pension, with a similar level believing they chose the right pension fund. However, 42 per cent are not at all comfortable making any investment decisions, indicating there is a need for financial advice when pension planning.

Zurich has a number of tools and tips to help you plan for your retirement. The pension and retirement calculator  will show you how much you need to be save into your pension in order to live comfortably in retirement.