More could be done to support entrepreneurs and small business growth 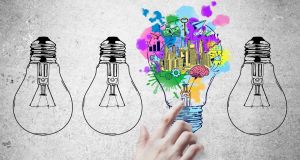 Seventy-three per cent of Irish businesses in PwC’s recent European Private Business Survey expect their business will grow in the next 12 months. This is a level of optimism that outstrips the European average. While economic growth remains strong nationally, there is somewhat of an imbalance between regional Ireland and the larger cities. PwC tax partner Mairead Connolly believes there are a number of steps which Minister for Finance Paschal Donohue could take in the forthcoming budget which would provide much needed stimulus to the regions.

“Growth has been very strong, but the regions are probably not feeling the effects to the same extent as the large urban areas,” she says. “I would like to see the Budget improve the situation for entrepreneurs and SMEs throughout the country.”

This would be particularly important for the regions, she points out. “A strong indigenous enterprise ecosystem is really important outside larger cities, where FDI investment is less prevalent. These areas depend on small business to a much greater extent. Despite Irish businesses expressing more optimism than their European counterparts, the fact remains that more could be done to support entrepreneurs and small businesses here.”

The first item on the agenda should be entrepreneur relief, Connolly believes. This was introduced some years ago and allows entrepreneurs selling a business to avail of a lower rate of 10 per cent capital gains tax (CGT) on the first €1 million of gains, once certain conditions are met.

“The €1 million limit is unfavourable compared with what’s available in other countries,” she says. “It’s £10 million in the UK, for example.”

This much higher relief would not only incentivise entrepreneurs to build businesses and maximise their value, but the lifetime nature of the relief would have other more far-reaching effects, according to Connolly. “It’s a lifetime relief so it would encourage serial entrepreneurs to start up a business, sell it, use the profits from that and start another, and so on. €1 million is really not enough to encourage that sort of activity.”

“The real beauty of extending the lifetime limit on which the 10 per cent CGT rate can be availed of (from €1 million to €10 million), is that it would be a highly targeted measure to stimulate activity amongst those that actually create indigenous employment,” she adds. Other amendments would also be welcome, for example, allowing the relief to apply where there is a dormant company within a corporate group sold as a whole. According to Connolly, this would “avoid restructuring in advance of sale, which businesses now may need to undertake”.

The war for talent is also having a disproportionate impact on smaller businesses. “Skills shortages are now a feature of the economy once again,” says Connolly. “Lack of skills and key talent is a challenge identified by almost 70 per cent of participants in our pre-Budget survey. Small businesses feel these shortages more acutely as they are out there competing for talent with the big whales. Measures designed to support talent retention by SMEs would be particularly welcome in Budget 2019. The minister made an important first step last year with the introduction of the Key Employee Engagement Programme (KEEP).”

The KEEP scheme is a share option scheme which allows SMEs to supplement key employees’ pay with share options of the company. Capital gains tax at a current rate of 33 per cent applies to the disposal of the shares rather than income tax at effective rates of up to 52 per cent, which would have been the general rule. “While KEEP was a move in the right direction, it really needs a lot of enhancement,” she says. “There are restrictions in terms of the type of companies that can qualify, as well as restrictions around the proportions of share options to salary. If I’m working for a small business, my salary could be quite modest, but KEEP restricts the share options’ value to 50 per cent of that. We have seen that this is unduly restrictive for a lot of companies we have advised, particularly cash-strapped SMEs and start-ups. These want to incentivise their employees to help them grow the company by giving share awards, rather than by paying high salaries. Share awards can also of course promote employee loyalty, which is attractive in the current competitive employment market. The share options cost the companies little or nothing today, but could be very valuable for employees tomorrow. I’d really like to see the 50 per cent increased considerably to let the scheme fly for SMEs.”

In terms of companies growing and funding their expansion, Connolly also points to issues which limit the value of the Enterprise Investment Incentive Scheme (EIIS). The scheme allows investors in SMEs to qualify for tax relief on the amount invested at their top rate of income tax, subject to certain limits of course. This relief has the potential to become a very valuable source of funding to businesses seeking to expand into new markets post-Brexit.

The difficulties lie in the fine print of the conditions. Family and friends, the first investment port of call for many entrepreneurs, are effectively excluded from relief on investment. “There could be more flexibility in the EIIS. Having family and connected persons excluded is problematic. The relief is at the top rate of up to 40 per cent income tax, but splitting it in two, into 30 per cent and 10 per cent stages, is also a disincentive to investors who are, after all, the ones taking a punt. Including R&D companies as qualifying companies would also assist the many medtech startups who spend prolonged periods in the research phase of their life cycle without generating income. These types of companies should be the backbone of the knowledge economy which the Government is trying to promote.”

Staying with the theme of liquidity, Connolly also remarks that there has been a slowdown in SME MBO and company succession activity since the last Finance Act. This is due to wide-ranging anti-avoidance introduced that treats proceeds of certain share disposals as dividends, taxed at income tax rates of up to 52 per cent, rather than a CGT event taxed at 33 per cent (or indeed 10 per cent if entrepreneur relief is applied).

“A clear gap in last year’s legislation is that there is no ‘get-out’ clause for share disposals undertaken with a bona fide commercial motivation. This small amendment by the Minister would afford those disposing of shares in SMEs peace of mind on the tax treatment, and avoid the need for potentially complex structuring to fall outside anti-avoidance.”

Connolly says the farming community should be ignored at the Minister’s peril. A measure specifically aimed at regional Ireland would be to give some certainty around farm restructuring relief. “This allows farm holdings to be rationalised,” Connolly explains. “Farmers can sell and buy land without being exposed to CGT as long as they reinvest for the purpose of farm efficiency. The current scheme is in place until the end of 2019 and will probably be extended, but certainty around that would be good. We are entering into a tumultuous time with Brexit which will affect food and agribusinesses most, so anything to promote farm efficiency would be welcome.”

These measures would help stimulate Irish-owned businesses while giving a much-needed boost to the regions, Connolly concludes. “It would also help the country keep control of tax locally,” she adds. “We need to broaden and balance the corporation tax base and we will only do that by promoting and helping indigenous businesses.”

Your growing business needs as much advice and support as large companies and multinationals. PwC Ireland has the experience and insight to help you grow and thrive in today’s competitive marketplace.

In a world of constant change, trust the leading voice in tax.