Pfizer Ireland has an impressive record of achieving environmental targets 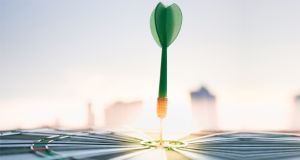 Pfizer Grange Castle is proactive regarding sustainability. “Pfizer knows the importance of acting responsibly for the good of the environment, but there is also a business benefit,” says John Stokes, site utilities and facilities lead at the plant.

“Adding sustainability to our business adds value to the company, the patients using our treatments and our communities.”

Stokes leads a team of three, which is responsible for all utilities including water, energy, steam, and process gas usage across the site.

“Our environmental programmes started in 2012. Our primary job is the reduction of energy, water usage and waste on site.”

In 10 years, there has been cumulative energy savings of almost €2 million, a reduction in the plant’s carbon footprint by 1,000 tonnes annually, zero waste to landfill, and a decrease in water usage. Much of this was done in the first five years. “All the quick wins were gone,” says Stokes. “The facility was built to conservative standards and there were areas which were easy to improve. Once they were addressed, we asked, ‘how could we get to the next level?’”

The approach used to be to make a small number of large gains. Now it’s a large number of small gains

The main water and energy team deals with major projects while the site-wide team considers, what Stokes describes as, “softer issues”. “We had a big win in the cafeteria last year. 2,000 people work on the site – that’s a lot of paper cups and lids. Now, we don’t use disposable cups and we’ve removed more than 750,000 disposable cups and lids annually from the waste stream. We went one step further. The disposable plates, cutlery and serving boxes weren’t recyclable so we engaged with the suppliers and they are now fully compostable. Our food and beverage area is now completely green.”

These improvements have increased in importance. “Two years ago, the company included sustainability metrics in the main targets for each facility; these are tracked at the highest level.”

There have been other changes. “The return on a capital investment typically has to be three to five years to justify it whereas sustainability initiatives usually take between 10 and 30 years. But in Pfizer, a percentage of the capital budget is kept for sustainability investments.”

This resulted in the installation of solar panels on one of the Grange Castle buildings, which now generate enough energy to power the building. “They have proven the concept and we are going to roll the technology out across the site.”

He adds: “The approach used to be to make a small number of large gains. Now it’s a large number of small gains. That’s why we moved to the site-wide approach. They all add up. We have 2020 targets but we’re already discussing 2025 and 2030. We expect to achieve the same rate of improvement as the last five to 10 years. We have projects identified for 2021 to 2024 to run with already.”

“We recognise the importance of sustainability, both globally and in Newbridge,” says Michael Donlon, environmental health and safety lead at Pfizer Newbridge.

The site's environmental journey underwent a renewed focus in 2010 with the “You have the Power” initiative, aimed at reducing energy consumption and CO2 emissions.

Meeting these goals proved the Newbridge site’s commitment to protecting the environment, he explains: no plant waste goes to landfill, 81 per cent is recycled or recovered, the remaining 19 per cent goes for other thermal treatment. All electricity used is from renewable sources.

These  achievements  are  especially  impressive given the growth of the facility’s production output, Donlon says. “We achieved significant    reductions   through   initiatives including upgrading lighting to lower energy LEDs and ensuring that the heating, ventilation and air-conditioning systems met our operational requirements, whilst minimising energy consumption.

“Progress was made thanks to the active engagement and collaboration of colleagues. Our commitment is to operate in a manner that is harmonious with the community in which we reside.  The waste water, for example, which is discharged   from our treatment plant, meets drinking standards. We want to reduce our water intake and we now take this waste water from the plant and reuse it in the cooling towers, thereby reducing our water intake to the site.”

“Our waste contracting parties identify opportunities to reduce, recycle or remove waste,” says Donlon. “All aspects of sustainability are important,” Donlon concludes. “We are conscious of the potential impact of our operations and will therefore continue to operate in an environmentally responsible sustainable manner.”