Urinary incontinence affects twice as many women as men but it’s a subject we tend to avoid. By sharing our stories we can discover the solutions and stop feeling embarassed about an issue that affects millions 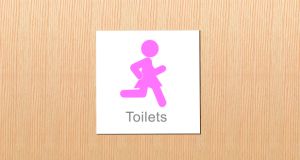 The Irish Times gathered a group of women to discuss the impact incontinence has had on their daily lives and how they've dealt with it. Photograph: Getty Images

If I told you there was a health problem that affects 60 million people in Europe, would you be able to guess what it is? Despite being disabling, distressing and damn inconvenient, urinary incontinence is the problem that dare not speak its name. Until now.

Women – for it affects women twice as much as men – are finally beginning to open up and share their experiences of urinary incontinence with friends and family. The Irish Times gathered a group of women to discuss the impact incontinence has had on their lives, how they’ve dealt with it, and why a leaky bladder is no longer something to be ashamed of.

Afraid to laugh at your friend’s joke in case there’s a leak? Rule out exercising for the same reason? Dread sneezing in public? The group admits they’ve all gone out of their way to hide the impact incontinence is having on their everyday life.

Cathy Soraghan is in her 50s and owns her own personal training and nutrition business. “I have dedicated my career to women’s wellness, both mental and physical,” she says.

According to Soraghan, many of her clients can’t fully participate in classes due to pelvic floor trouble after having babies. These women are clearly ashamed, she says, but having given birth to two children herself, she knows exactly what they are talking about.

“I don’t want women to be embarrassed. I have had women in my classes and they would be soaking wet by the end of the class. I would usually make a general announcement at the beginning to say these are issues we might all go through and advise on the products and help they can get,” she says.

Liz Dwyer is a 41-year-old mother of two who is a lifestyle and beauty editor and entrepreneur. She recalls attending a trampoline fitness class on one occasion with a friend, some months after having her second child.

“Within about 30 seconds, it was clear I was going to wet the floor. I had to walk out, and the instructor followed me and told me the next time to wear a pad – she was so used to seeing this.”

It happens to all age groups, she adds. “My sister, who’s had no kids, has been caught short. It’s not just older women.”

The group agrees that being at the mercy of bladder issues has often curtailed their social life.

“My clients have told me during our private sessions that they no longer go out because they are in need of a toilet so frequently, they don’t see the point,” says Soraghan. “I would experience that, having that need to go to the toilet the whole time.”

Sharon Kenny is 45-year-old personal trainer and swimming coach. She explains that her bladder issues began “very gradually” after the birth of her third child. “It slowly disimproved but in the last two years it began to affect my job and my social life.”

A keen fitness enthusiast, both personally and professionally, it became too big a problem to ignore.

“I was trying to go back to doing my own training and it was a major issue for me. I was jogging on the treadmill, and then realised I was beginning to shy away from it. It was a problem that needed to be resolved. I was doing my Kegel exercises and doing everything I could to address it but it wasn’t enough.”

Despite this, Kenny says she was initially reluctant to address it. Eventually she visited her GP who quickly referred her to a specialist. “I was finally told they could help me with that problem with surgery and I just thought, ‘yay, finally’. There is so much you can do through exercises and so on, but if it’s not getting any better you have to look into doing more.”

Kenny admits the more she opened up about the problem, the clearer it was that she wasn’t alone.

We were so ignorant, nobody spoke honestly to each other. My children would be much more open, thankfully

“I wouldn’t have spoken to everybody about it, just family and maybe some close friends. But as I was beginning to open up about it, other people were saying, ‘I’m in the same boat’.”

A recurring theme in the group’s discussion is that of a broader societal shift in terms of how women’s health is discussed and dealt with. Bernie Keely is 60 years’ old and is the mother of two daughters in their 30s. As a young mother, personal body and sexual function was never discussed, she says.

“We were so ignorant, nobody spoke honestly to each other. My children would be much more open, thankfully. It is now that people are beginning to open up but it’s women in their 50s and 60s who are finally talking about it but didn’t have the confidence to discuss incontinence when they were younger.”

Keely admits that her own issues with incontinence had an impact on her social life. “It’s really embarrassing, it completely knocks your confidence.”

Soraghan interjects to say women need to realise they aren’t alone in this. “If you stood where the products are in the supermarket for the day, you’d probably see half the people you know.”

The group also agrees that incontinence pads have changed dramatically, becoming much more discreet, both the pad itself and the packaging. “They are not as bulky and big as they used to be,” says Keely.

The sheer prevalence of urinary incontinence means that almost everyone knows someone who has experienced it. Dwyer says her own peer group are open and honest about it. “My friends who’ve had babies, now we all laugh about it together, but then we realise we’d better not laugh! We all think it’s normal now that we have had children. It’s just a laugh and a joke and we move on.”

Peer-to-peer support is critical. The group agree that sharing stories is the only way to discover solutions.

It’s evident that urinary incontinence is no longer the taboo topic of yesteryear. The untamed beast that is social media is helping – funny memes about incontinence are circulating, the ultimate sign of acceptance. The women joke about using the hashtag “#weetoo” for Instagram and Twitter posts on the topic.

The group agree that for years women with urinary incontinence thought it was a case of “put up and shut up”, dealing with the issue as best they could in isolation. Now, as women become more open about the problem and share their experiences, they are finally getting advice on how to manage it so that their social lives and professional lives aren’t negatively affected.

Five ways you can break the silence

• Tell friends you are leaking urine. There’s a good chance they’ll have experienced it themselves and will be able to offer advice and empathy.

• Talk to your partner. Don’t let your sex life be put on hold because you are embarrassed.

• Speak to your GP about practical tips to manage urine loss. A lot can be done with diet and lifestyle modifications.

• Seek expert advice. Don’t get lost down the internet rabbit hole. Look for a women’s health physiotherapist in your area or seek a referral to a specialist.

• Share your status. Sometimes, social media can really help in making you feel less alone. Share a funny meme –and see who laughs along! “I laughed so hard my tears ran down my legs.”

Perception is that bladder leaks are something that only happen to women later in life or as a result of child birth but this isn’t the case, according to research by Always Discreet. In fact, 52 per cent of 18-34-year olds are experiencing the issue. Half (49 per cent) said they have still not had the courage to talk to their most trusted friends and family with over 50 per cent saying they felt embarrassed after experiencing bladder weakness and 43 per cent said they felt not in control of their body. Always enlisted the help of Dr Anita Mitra, Gynaecologist and author of Gynaecologist and author of The Gynae Geek; Your No-Nonsense Guide to Down There Healthcare.

“Bladder leaks are common in women of all ages, not just in older generations and those women who have had natural child births. Unfortunately, it’s still a bit of a taboo and so women don’t tend to fully understand it, with many avoiding talking about it. The more we speak openly, the better, so women don’t feel alone and silenced by something that can be managed,” she said.

This is part of a campaign telling diverse stories of real women living with little leaks on a daily basis. The result is an empowering campaign that shows women coming together to support each other, with the brand hoping that it will encourage conversation and make women feel less alone.