Built over decades, the Newbridge Silverware brand is driven by passion and its Museum of Style Icons has recently taken a lead role in shaping its next chapter 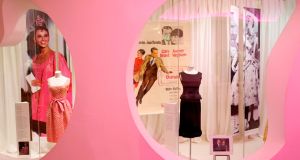 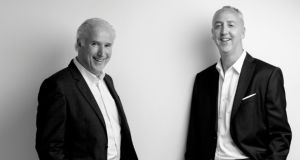 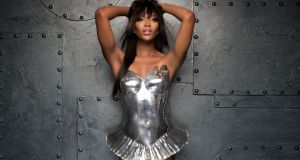 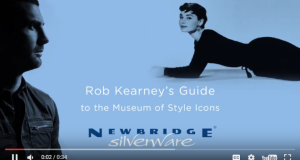 Newbridge Silverware is one of Ireland’s best-know producers of luxury goods worldwide. Originally founded in 1934, as a homeware manufacturer, the company has undergone a major overhaul since the 1990s, which has seen it become a market leader in the production of jewellery and fashion products.

But the desire for growth and innovation has not stopped yet for the company, which is still based in Newbridge, a 45-minute drive from Dublin City.

“We’re now in discussion, for the purpose of putting in place a licence agreement that will allow us work with them, to design and create product ranges which we believe will open doors for us in the US. That is the biggest thing we’re working on currently,” says Newbridge Silverware chief executive, William Doyle.

“The reason they came to us is because the vice-president of Dorothy Draper is an Irishman called Brinsley Matthews - he visited our museum one day and was impressed. On the next occasion that Carleton Varney, the president of the organisation, came to Ireland, Matthews encouraged him to see the museum. Unbeknownst to us, they were in discussion in the background and they approached us about the possibility of working together.”

The move represents a long-held ambition to bring a spotlight back to Newbridge Silverware’s homeware products, in an attempt to ensure the original traditions of the company are maintained, while the impressive growth of their fashion range continues.

The Museum of Style Icons, represents a significant element of the Newbridge Silverware brand. Established in 2007, it houses an array of garments that are globally recognised as classic pieces in the world of fashion. 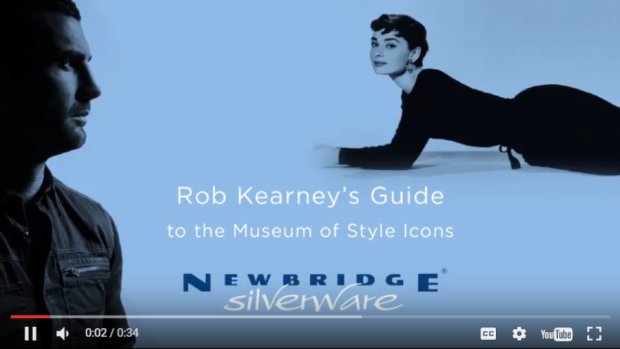 The museum includes a selection of Audrey Hepburn garments; two of the outfits Michael Jackson wore in his last-ever US performance; Elvis Presley and Bob Dylan jackets; four matching suits worn by The Beatles; a Princess Diana dress worn on an official visit to India; Princess Grace’s iconic green dress; items worn by two of the great style icons: Elizabeth Taylor and Marilyn Monroe; and in keeping with modern trends, a selection of Kim Kardashian outfits are also on display. The museum has proved so successful it is now the fifth most-visited free tourist attraction in Ireland.

The brand’s ability to connect with style icons does not end there, as they have leveraged their sales both internationally and domestically through a creative selection of brand ambassadors, such as Naomi Campbell, Yasmin Le Bon, Sophie Dahl, Andrea Roche, Rozanna Purcell and Amy Huberman. As well as sports stars such as Keith Wood, Ronan O’Gara and Rob Kearney.

“We’ve always believed in the power of marketing and advertising and the need to be different, to change and to innovate,” says Doyle. “Change and looking laterally is what we’re about here.

“Securing  Naomi Campbell as the face of the brand  was 12 months in the planning and has made a significant difference to our business internationally. The design partnership with Amy Huberman has been rolled out in Ireland and has proved very successful and will hopefully be successful internationally.”

A long history of innovation and change

The fact that this global and international outlook came from a government-aided scheme, to create a cutlery and homeware company in a County Kildare town during a recession-hit 1930s Ireland, makes the story all the more remarkable and compelling.

The company thrived as something of a monopoly, with the aid of tariff barriers and quotas, until the 1960s. However, that growth declined upon the joining of the common market as the tariff barriers came down, and quotas were eliminated, leading to competition from as far afield as Japan.

With the company on the verge of closure in the 1970s, a group of businessmen acquired the business, including Doyle’s father Dominic, who was to become chief executive.

A programme of rationalisation was implemented, and the company moved into niche markets of better-quality products, which enabled it to survive into the 1980s, at which point the company again began to experience financial difficulties.

William Doyle took over in the early 1990s - having previously served the business as a sales representative - and proceeded to transform the company into one that focused on jewellery and fashionware, created initially with surplus materials from their homeware products. That change in focus had limited success until the RTÉ fashion show, Head to Toe, featured the company’s new direction.

“That changed everything,” said Doyle. “Every national publication wrote about us and we were now a full-blown fashion business and it grew from there. Now we are more readily known in the jewellery and fashion business, but the homeware business has survived as a result of being supported by the jewellery.”

Success and a singular uniqueness underpin Newbridge Silverware as a brand, and Doyle believes a number of factors have allowed this tremendous Irish success story to happen.

“This is not a fly-by-night brand. It’s been built block-by-block over decades,” said Doyle. “There’s passion involved in this business and enthusiasm through the walls and everyone involved. It’s a brand built on product design, attention to detail, association with notables and the museum has gone a long way towards enhancing the brand. It’s more of a family thing than anything else. I love it.”