The Jaguar F-Pace has caught the imagination of a whole new set of drivers, but are there roads to match it? Here are our favourites

The new Jaguar F-Pace made history in August of 2016, when it was revealed to be the fastest-selling car in the company’s 94-year history.

Since it hit Irish roads in May 2016, Jaguar’s latest vehicle has recorded exceptional sales across the globe, and with online data showing that 1.6 million people had searched Jaguar’s website for the F-Pace by the end of August, it has become a true sensation since its official reveal in September of 2015.

The all-new Jaguar F-Pace is a performance crossover designed and engineered to offer the agility and responsiveness that all Jaguars are renowned for. From the efficiency of its 2.0-litre Ingenium diesel, to the power of the 380PS supercharged V6 petrol, every engine provides an ideal balance of performance, refinement and economy.
The latest addition to Jaguar’s range, the F-Pace, represents new territory for the brand and is a vehicle of design firsts. Not only is it Jaguar’s first performance crossover, it is also the first aluminium-intensive model in its class, making it more agile and responsive and a true driver’s car.

Here, we profile the elements that are helping to make the F-Pace the car of choice for so many, and offer five great drives at home and abroad which every F-Pace driver should want to experience.

1. Davos to Stelvio (via Bormio), Switzerland and Italy 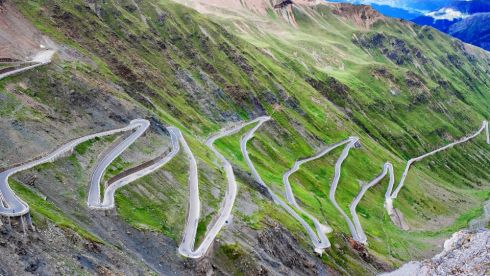 Beginning in the easternmost canton of Switzerland, and finishing in northern Italy (via the province of Sondrio in Lombardy), the zigzag road of Davos to Stelvio (via Bormio) takes a driver a bewildering 9,042 feet up into the mountains.

Though this road is often closed during winter (and you can encounter snow in summertime), the mid-way location of Bormio does offer year-round skiing, and is the venue for the Alpine Ski World Cup each year.

This route takes you through the peaks of the eastern Alps with a total of 60 hairpin turns, so skillful navigation is required.

Located between Stelvio and Bormio is the Ortier Alps in the Stelvio Pass, which is known to have an altitude of 2,500 metres and was described by TV’s Top Gear as one of the best driving roads in Europe. 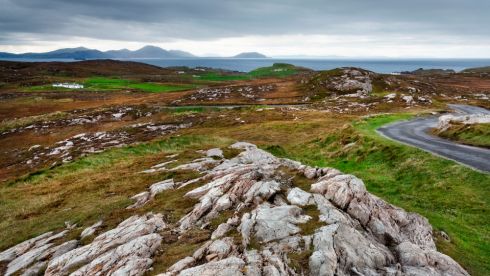 Already well known as a great walking route, the Burren Beauty is also an incredible drive. Taking in places such as Kilfenora, Lisdoonvarna, Fanore, Blackhead, Ballyvaughan and Carran, the Burren Beauty provides a scenic tour of the north western corner of Co Clare.

Bordered by the Atlantic Ocean and the quieter waters of Galway Bay, this route encircles the Burren which extends to approximately 250 square miles, and is mostly covered by bare, pale grey limestone.

A journey on the Burren Beauty can be completed in 68km (42 miles), beginning in the ancient cathedral town of Kilfenora, which has Ireland’s first interpretative centre featuring exhibitions, an audio visual film theatre and a craft shop.

The great attraction of this journey is the magnificent rocky terrain of the Burren, which is visible throughout the time on the road. However, there are many places of interest on this drive, including the Ailwee Cave in Ballyvaughan, and the ancient monuments of the Poulnabrone dolmen and the Caherconnell Stone Fort. 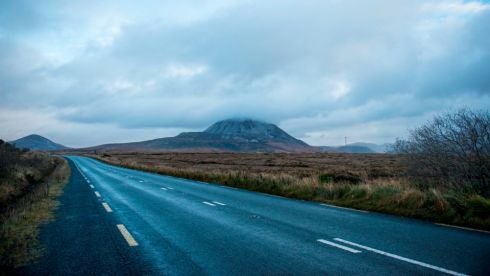 While foreign countries may be the destinations of choice for those who are interested in scenic drives, Ireland’s Wild Atlantic Way is proving to be a major attraction for tourists and locals alike. Covering a remarkable distance of approximately 2,500km (1,553 miles), this trail is the longest coastal tourist route in the world.

Stretching from the Inishowen Peninsula, Co Donegal to Kinsale, Co Cork, those travelling the Wild Atlantic Way pass through nine counties and three provinces, and though it may prove to be an arduous journey for many, with 157 discovery points, 1,000 attractions and more than 2,500 activities, it caters for people of all ages and interests.

Whether you plan to travel for days or weeks (the Co Cork stage of the Wild Atlantic Way can take two to four days to complete), you will be accompanied by spectacular scenery and jaw-dropping views of both urban and rural areas. 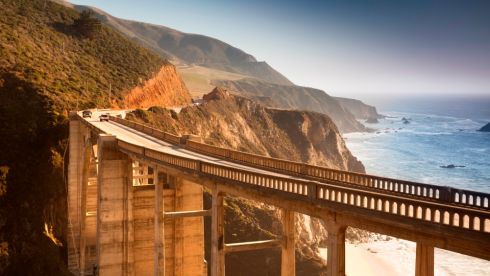 At 198km (123 miles), a drive through the Pacific Coast Highway brings you along the Big Sur Coast Highway and the San Luis Obispo North Coast Byway.

At a leisurely pace, your journey along the central California coast can take up to five hours to complete and begins when you join California Route 1 in Monterey.

The next stop after this point is Carmel-by-the-Sea, just three miles south of Monterey. A vibrant city known for its natural scenery and rich artistic history, Carmel is the adopted home of film-maker and actor Clint Eastwood, who served as the city’s Mayor from 1986-1988.

With places like Bixby Bridge, Nepenthe, San Simeon and Canbria to visit along the way, the end of your route is Morro Bay, which is easily identified by the Morro Rock - an extinct volcanic cone that is approximately 23 million years old. 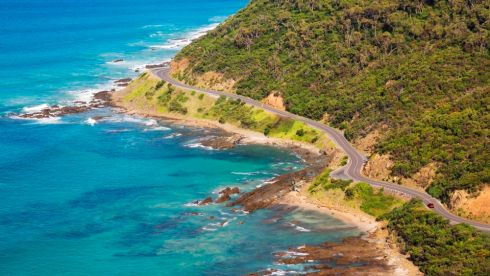 Listed on Australia's National Heritage List (a list of natural, historic and indigenous places of outstanding significance to Australia), the Great Ocean Road in Victoria is not only famous in its native land, but all across the world, as one of the best road trips available for drivers. Beginning one hour outside of Melbourne, in Torquay, it expands over 250km to Warrnambool and features exhilarating coastal scenery, wildlife, waterfalls and hiking.

The Great Ocean Road was built by returning soldiers between 1919 and 1932, and is regarded as the world’s largest war memorial. Of great interest to tourists will be the 45km section of the road between Lorne and Apollo Bay, which acts as the location of the annual Great Ocean Road Marathon. It was inaugurated in 2005, and the current marathon record of two hours, 27 minutes and 42 seconds was set by Kenya’s James Kipkelwon six years later. 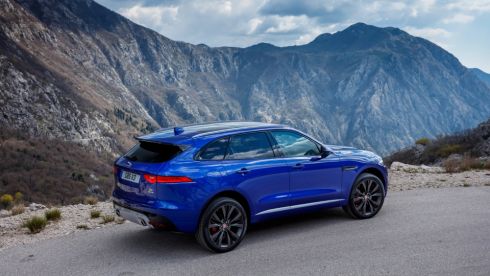 The F-Pace is the first SUV to be designed by Jaguar (which has its Irish base in Sandyford Business Park, Dublin). Inspired by F-TYPE, the new Jaguar F-Pace is a performance SUV that has the DNA of a sports car. From the bonnet bulge to the pronounced rear haunches, its powerful looks make it distinctive and give it a head-turning road presence.
A key function of the F-Pace design is its aerodynamic performance which helps to reduce fuel consumption, CO2 emissions and wind noise. It also adds substantially to high speed stability.
The F-Pace offers all of the technologies required to make journeys easier and safer. This is largely thanks to innovative safety systems including autonomous emergency braking, driver condition monitoring and reverse traffic detection with blind spot monitor and driver condition monitoring with lane keep assist.
Given Jaguar’s sister brand Land Rover’s experience in extremely challenging terrain, it comes as no surprise that the Jaguar Land Rover engineering teams were always going to want the F-Pace to be more capable than a regular crossover. One example of how it does is a special system called adaptive surface response that assesses terrain and changes its settings accordingly.
The all-new F-Pace is a true five-seater with a spacious, luxurious interior, featuring premium materials and meticulous attention to detail. Luxury and spaciousness are matched by versatility with ample storage solutions and an exceptionally large boot space with 650 litres of capacity. This space is made all the more useable by its 1,255mm width – more than enough for two golf bags, for example, or four large suitcases. Plenty of room for all the family on a great drive.