Forget big data, it’s bad data you should be thinking about according to Tadhg Nagle of the Irish Management Institute 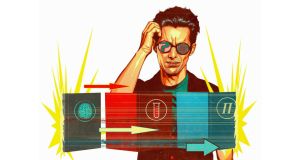 Data is not a tech issue. It’s a business one. Photograph: Getty images

Put simply, bad data leads to bad outcomes. “We’ve had cases where doctors have amputated the wrong leg on patients, of people being overcharged thousands of dollars on their mobile phone bills, and where dead cats have been asked to open bank accounts and vote in elections,” says Tadhg Nagle, who runs the Data Business course at the Irish Management Institute. 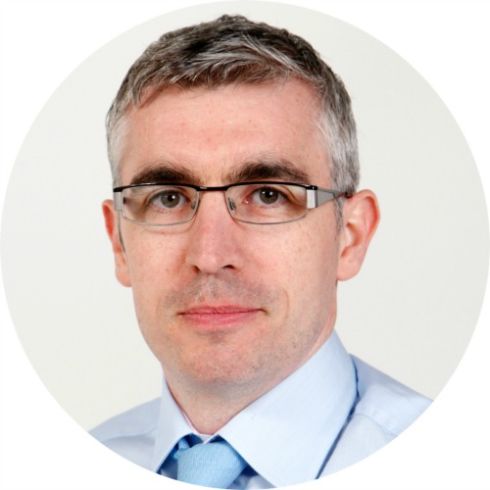 “The real problem is that data is not about technology. People hear terms like data and big data and they automatically switch off because they think, ‘I’m not a tech person’. They don’t realise that the tech guys have simply hijacked the conversation. Data is not a tech issue. It’s a business one.”

It’s an approach likely to elicit a sigh of relief from business managers under siege from talk of big data, without knowing exactly where the subject fits in to their business. As a result they are unaware of its true potential.

Participants on the IMI course come from a variety of business types and, from Day One, work to apply their learning to real issues. The aim is also to provide the tools that enable participants look at any business from a data perspective.

“Right now if you go into a meeting about data the tech people take over. Yet the tech people look after the containers, that’s all. But they get to dominate the conversation, which inevitably turns technical and, because they are the tech guys, they end up making the decisions.”

The result is studies that consistently show between 50% and 80% of IT implementations fail, he points out. When it comes to data management, how could they not if the wrong people are influencing the decision?

Simply taking a step back and looking at data strategically pays dividends. By using the course’s information supply chain tool the 16 participants in the IMI’s most recent Data Business class were able to pinpoint potential data value in their organisations to the value of Euro 40 million.

It was unearthed across a range of areas, “from extra revenues to cost savings to risk reductions,” says Nagle.

The fact is, bad data costs money. “It costs 10 times more to make a decision based on bad data than it does to make a decision with good data,” he says. Much of the world’s leading research into the cost of bad data is done by US academic Tom Redmond, a visiting lecturer on the Business Data course.

Good data is best derived from a clear four-step process that involves the acquisition of data, its integration into a company, analysis and the delivery of that analysis in the form of reports or dashboards.

All are key stages. “Take integration. Spreadsheets are a big problem here. How often do people go into a meeting with a spreadsheet that is, for them, their truth. But the fact is, each person in that room will likely have a spread sheet containing different information. What is needed is one source, such as one report for sales,” he says.

Spending money on data analysis is not just costly, but foolish, if the data being analysed is erroneous – “it’s a classic case of garbage in, garbage out”, he says.
The delivery step of the process must be revisited too, to ensure the reporting method fits the purpose of the person it is being delivered to. “And all of this requires good data governance. It’s about promoting good data practice throughout the organisation,” says Nagle.

“One company we came across had data that showed all its customers were from Afghanistan, simply because that country was the first on the list of options in the drop down box. How can you do anything good with data of such poor quality? It’s not about big data at all. For most businesses, it’s actually about small data. It’s getting the details right.”

To think of it in consumer terms, “it’s like wearing a FitBit or activity tracker and deciding on the basis of the results that actually, because I’m sitting down all day, I need to do 10,000 steps each evening,” he says. “But all we hear about data is that it’s about things like the LA police using it to predict the likelihood of a crime taking place somewhere, or GE putting sensors on an aircraft wing to monitor maintenance issues. Talking about big data is like giving a business a Formula 1 car when what they really want is a bigger delivery truck.”

Being a “data savvy manager” isn’t about technology at all, it’s about using data to achieve business goals.

“And it’s important for a number of reasons because bad data impacts on everyone. We’ve had All Ireland Finals where the wrong score was input on the board. That’s bad data. We’ve had doctors operate on the wrong patient, as a result of bad data,” he says.

And there are additional costs to getting your data wrong too. “We’ve already seen cases arise here where phone companies overcharged customers because of a faulty data meter. We’ve had an insurance company have to repay customers Euro 80 for overcharging. It’s all the result of bad data. Euro 80 might not seem like a huge amount to have to repay each person, but how much does an overcharging error like that actually cost in terms of reputational damage?” Much better, and cheaper, all round, to get the data right in the first place.

Dr Tadhg Nagle is the co-Programme Director for the MSc. in Data Business and Senior Lecturer at University College Cork.