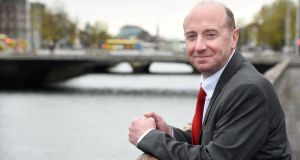 “Getting people to engage with pensions can be hard for human resources and benefits managers,” says Sean Egan, head of sales at Irish Life Corporate Business. These are the people that typically offer employees a menu of “flex benefits” to choose from, including income protection, extra annual leave, healthcare cover and employer pension contributions. These contributions often represent a significant investment for employers, but the younger a person is, the less likely they are to value it.

“When you’re young it’s all about getting money together for the weekends. When you are a bit older it is things like mortgages and childcare costs. It’s hard for people to prioritise something that’s 20 or 30 years away.”

The result is that many miss out on an unrivalled investment vehicle. “Lots of people still remember the excitement generated by the government SSIA scheme, where for every €20 saved, the government added €5. Pensions are even better, but no one gets that fact,” he says.

Put simply, for every €20 you contribute to your pension, depending on the benefits packaged offered by the company you are in, your employer could match that amount.

In addition you benefit from the power of compounding – the interest added to your growing balance each year.

As concern grows that people are not putting away enough to fund retirement however, Irish Life has developed a number of initiatives employers can use to encourage staff to engage with pensions earlier.

“We use an element of behavioural science called ‘nudge theory’, which is all about making it easy for people to do something positive. In this way we have successfully worked with a number of employers to help boost pension coverage among their staff,” says Egan.

Chief among these has been the introduction of “opt out” rather than “opt in” pensions. “People think pensions are all about reams of time-consuming forms to fill. We have worked with employers to introduce pension products that all employees are automatically signed up for.”

Though people can opt out at any time, few do. “In one company we worked with, 42 per cent of employees had a pension when we went in. By moving to an ‘opt out’ rather than an ‘opt in’ model, that was boosted to 91 per cent,” says Egan. A result that both the employer and staff were thrilled with.

“It works not by making people feel guilty about not having a pension. Instead it relies on the power of inertia to do something that, ultimately, they feel good about having done. The feedback from staff after it was introduced was really good.”

Egan’s team designs bespoke marketing materials to suit the age profile and style of its client companies. “In places with, for example, a younger cohort, we make a point of keeping things really simple. It’s not a brochure but a one-page snapshot that just spells out how much tax-free money they stand to gain,” he says.

And rather than promote pensions meetings with its staff on site, which people can perceive as lengthy and onerous, Irish Life’s team offers employees a two-minute “pension pit stop” to go through the basics. “People always stay longer, but they are more likely to take up the offer this way,” he says.

The company has also devised an initiative known as “Save More Tomorrow”. With this, staff sign up to give a percentage of future salary increases to their pension. “It doesn’t cost them anything now, they don’t notice it in the future and they feel good about doing it. It works on the same principal as the old prayer ‘Lord make me good, just not yet’,” he says.

Because Irish Life spells out to all staff the full value of their employer’s pension contribution, its approach is one that is designed to be empowering for both.

Says Egan: “At Irish Life, using behavioural science to help people save for their retirement is driving innovation”