With costs overtaking revenues and the ever-present threat of cyber attack, hotel investors are increasingly adopting insurance products to guard against such risks 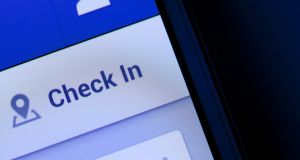 One key area of concern for owners and potential acquirers of luxury hotels is the danger posed by cyber attacks. Photograph: iStock

While Ireland’s hotel room boom appears to be slowing down, the appetite for the sector among investors remains very healthy. However, such deals are by no means without risk.

Rees advised on the Marker Hotel transaction and is currently advising on a number of other hotel acquisitions.

“However, the Irish hotel sector has seemingly peaked on the back of a seven-year tourism boom, with the period of double-digit profit growth coming to an end, according to the 2019 Crowe Irish Hotel Industry Survey,” he notes. “Whilst profit levels and average room rates have continued to increase across all Irish regions, the rate of increase has slowed, partly due to increased expenditure costs and partly as a result of a fall in the number of large music events in 2019 when compared to 2018.”

The Crowe report describes 2018 as a turning point for the industry, with the sector recording the lowest level of profit growth in seven years at a rate of 7 per cent, a significant decline from the 12.5 per cent growth achieved in 2017.

Revenue from rooms and food sales grew at the lowest levels in five years, at 5.9 per cent and 2.6 per cent respectively, highlighting the slowdown in revenue growth as a result of increased competition for restaurant and events customers from non-hotel outlets and no increase in occupancy levels attained in 2018.

These findings indicate that it is becoming harder for Irish hotels to increase profit levels despite reasonable revenue growth, as many costs are now increasing faster than the underlying growth in revenues.

The report highlighted the areas of payroll, utilities and insurance as major challenges to the industry, with costs steadily growing higher than revenues. Utility costs grew at 8 per cent compared to a growth in total revenues of 5 per cent from the previous year. This is the first cost-over-revenue increase in utilities since 2012. On average, hotels are seeing a 10 per cent increase in annual insurance premiums when compared to hotel revenues increasing at 5 per cent.

For the second year in a row, payroll costs also increased at a greater rate than total revenues, placing added pressure on hotels across the country. Increasing costs relate to salaries and benefits, higher turnover levels and increased training and development in a highly competitive arena. This will continue to be one of the most challenging areas facing Irish hoteliers in the coming years.

Demand for hotel investments remains strong, however. Savills’ John Heaver, who has acted on a number of luxury hotel deals in the UK and Ireland, says: “Demand for the sector from domestic and international investors is robust, with an under supply of stock, an outlook for growth and opportunity to diversity portfolios.”

One key area of concern for owners and potential acquirers of luxury hotels is the danger posed by cyber attacks. “Hotels naturally hold a large volume of guests’ personal data, such as their names and addresses and credit card details,” Rees explains. “Biometric identification, such as a fingerprint scanner, as a means of guests ordering extra food, drink or spa treatments for example, is increasingly being used also. The Marriott hotel group was recently fined nearly £100 million by the UK’s Information Commissioner’s Office, having admitted that personal data of 339 million guests, including dates of birth, passport numbers and credit card details, were stolen by hackers.”

One means acquirers of hotels are increasingly adopting to guard against such risk is to obtain warranty and indemnity (W&I) insurance. Daniel Stock of Howden M&A, who brokers W&I insurance on hotel acquisitions across Europe, says: “The use of W&I insurance in the UK and Ireland is growing. By using W&I insurance, sellers are achieving a clean exit and buyers are getting A-rated insurance cover for transactional risks. With more insurers in the market than ever before, the cost of placing W&I insurance has reduced materially over the last few years. Lower costs and greater competition have resulted in insurers taking on more risk and competing on the quality of the underwriting process.

“Alongside the use of W&I insurance, we have seen an uptake in buyers taking out tax risk insurance to cover off identified tax liabilities. Now, parties are using tax insurance solutions in place of escrows, price chips or broad seller indemnities. Sellers are generally willing to contribute to the cost of such policies if it means avoiding the real risk of a price reduction.”

And there is good news for investors wishing to avail of W&I insurance. “The cost of this product has reduced considerably over the last two years, making it a far more affordable solution for parties,” says Stock.