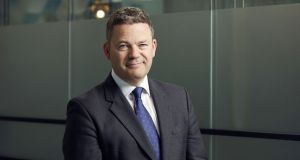 Garrett Monaghan, head of projects, Ireland, Pinsent Masons: “We are now at the point where economic resilience and climate-driven policies can accommodate and complement each other.”

In December 2019, the EU embarked on potentially the biggest policy overhaul since its foundation. Driven by climate change concerns, the €1 trillion Green Deal sets out to decarbonise almost every sector of the European economy by 2050. The highly ambitious programme was well received by stakeholders already active in renewables and the wider green economy but did not necessarily resonate across mainstream industry and society.

According to Monaghan, there is real potential for the Green Deal to be Europe’s “Man on the Moon Moment” as stated by European Commission president Ursula von der Leyen. “It creates a new agenda for the EU that will shape its development on a scale that could dwarf the respective impacts of the Common Agricultural Policy, the European single market and the single currency.”

Rather than hamper Europe’s Green Deal ambitions to date, the urgency and depth of the Covid-19 pandemic has instead accelerated the need and appetite for clean energy and related economic transition. “Electrification of public transport, construction of new energy grids and hydrogen production are all hugely significant changes in the narrative moving from low carbon to net zero,” says Pinsent Masons associate John Scanlon.

In May 2020, the European Commission reaffirmed its support of the Green Deal by announcing an EU budget proposal and Covid-19 recovery plan, putting the Green Deal at the heart of the recovery effort.

Closer to home, the Programme for Government has put far-reaching climate-driven policies at the core of economic policy. These include placing Ireland’s 2019 Climate Action Plan on a statutory footing; the development of floating offshore wind in Irish Atlantic waters; a first auction scheme for offshore wind in 2021; the development of an export economy centred on electricity and green hydrogen (produced using excess offshore wind); and a reduction of carbon emissions by an average of 7 per cent per annum over the next decade.

“On a practical level, change will only happen if implementation is prioritised, and change will only be prioritised if it is incentivised,” says Monaghan. “Incentives don’t need to equate to subsidies. The EU and national governments need to provide the appropriate legal and planning frameworks, economic incentives and bankable models to promote competition and enable innovation to take root.”

The Green Deal envisages the establishment of an integrated renewables-focused electricity transmission system – moving renewable power across new offshore grids. “In truth, that policy has been championed by Eddie O’Connor of Mainstream Renewable Power for many years,” Scanlon notes. “The anticipated benefits include the creation of many new jobs and industries, improved security of electricity supply, increased energy independence and access to cleaner and cheaper electricity for consumers.”

Garrett Monaghan believes huge opportunities exist to make the green economy and renewables the cornerstone of Ireland’s economic recovery. “Arguably, and perhaps ironically, the requirement for government and EU recovery stimulus packages to drive the Green Deal has never been less necessary as investor pressure, reduced technology costs and consumer behaviour have closed the funding gap. No one is in any doubt of the profound importance of energy and water availability and the need for good broadband and food security. Industries and economies need to demonstrate resilience regardless of their green credentials. We are now at the point where economic resilience and climate-driven policies can accommodate and complement each other.

The Green Deal will also lead to a more connected and diversified energy sector whereby each country or region can focus on its particular area of competitive advantage. “This will enable Ireland to significantly increase its onshore and offshore wind capacity and potentially become a net exporter of electricity to the UK, France and Europe,” Monaghan adds.

“The energy and wider cultural transformation embodied in the Green Deal will of course require massive investment,” says Scanlon. “ESG is already core to investment funds and their financial firepower will be needed to support EU budgetary amounts and public and private debt, with a particular role for the European Investment Bank.”

The timing of the Green Deal could be perfect for Ireland as the Government seeks to jump-start the economy following the Covid-19 lockdown. “Ireland has never been better placed to take advantage of the last mover advantage, as some observers have put it, in the new order of things,” Monaghan concludes.  “Sector coupling will be a phrase we all hear more of; previously unrelated industries are seeking each other out and will lead to enormous opportunity for climate protection, energy independence and job creation. It is this integration of policy and industry and sector coupling that will require real and sustained leadership and investment commitment.”