Irish corporates should make sure they are focused on maximising opportunities 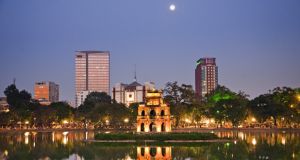 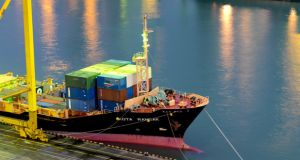 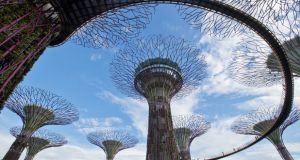 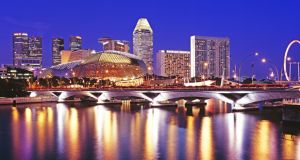 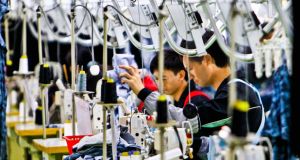 Established to promote collaboration, peace and stability among its members, The Association of South East Asian Nations (ASEAN) has been in existence since 1967. However, this December marks a significant step in its economic development with the creation of the ASEAN Economic Community (AEC). The advent of the AEC brings not only a master plan for regional economic integration but the likely realisation of ASEAN's exceptional potential both as a low-cost manufacturing hub and an importer of consumer goods.

The ten countries which make up ASEAN; Indonesia, Malaysia, Philippines, Singapore and Thailand (the founding members) and Brunei, Cambodia, Laos, Myanmar and Vietnam (which joined later), are home to around 627 million people. To put that number in context, that is almost double the population of the US, and with a combined GDP of USD 2.57 trillion in 2014 (a six fold rise on 1990), is equivalent to the world’s seventh-largest economy.

The goal of the AEC is to encourage trade and investment and freer movement of capital and skilled labour between these members. Indeed, many barriers to trade and investment within the region have already come down since the AEC blueprint was unveiled. Malaysia’s Ministry of International Trade and Industry expects that by 2020, 30 per cent of ASEAN trade will be among the ten countries.

Whilst an increase in trade between its members is a significant boost to the region, there are other elements at play in it becoming a global economic powerhouse; not least its increased connectivity with China. The world’s second-biggest economy is planning a railway linking it to Laos, Malaysia, Myanmar, Singapore and Thailand as part of its One Belt, One Road policy, linking Asia and the rest of the world.

Infrastructure within ASEAN is also expected to rise, creating growth in the energy, manufacturing, services and tourism industries. Beyond this, its growing middle class is also a significant factor. By 2030, more than half of ASEAN’s population will be under the age of 30 and the number of middle-income households is expected to almost double to 125 million by 2025. This is likely to drive consumerism and bring an increased demand for high quality imported goods.

The group has already signed free-trade agreements (FTAs) with Australia, China, India, Japan, New Zealand and South Korea. These six nations and the ten ASEAN members are discussing plans to facilitate further free trade by forming the Regional Comprehensive Economic Partnership. Plans are also under way for an FTA between the European Union and ASEAN, which is the EU’s largest trading partner after the US and China.

What does all this mean for Irish corporates? Trade prospects on the whole look positive for Ireland, however, our exposure to fast-growing emerging economies such as ASEAN will need to rise if Irish firms are to fully exploit the opportunities there. Exporters in Ireland should be setting their sights firmly in this direction, because that is clearly where global growth will come from.

At present, our overseas sales are expected to remain more concentrated on other high income economies, such as the US and UK, but the good news is that HSBC's trade forecast currently shows projected double digit export growth to Vietnam and Malaysia to 2030, making them our fastest-growing export destinations beyond China.

As a dynamic, open economy, we are well placed to further diversify trade towards such economies. The free trade deal between the EU and ASEAN (which is currently being explored), is clearly in Ireland’s interest. Our expertise in high value-added manufacturing should also help, as incomes in the ASEAN region continue to climb.

The likely demands of the region bode well for agri-food companies, as well as businesses that manufacture and trade in machinery, transport equipment and infrastructure materials - our agricultural sector is a particular strength. Ireland punches well above its weight, here, with a broad-based sector that includes global players in food sales alongside smaller producers. Rapidly expanding middle classes in ASEAN countries offers strong export potential for this sector.

A final consideration is that ASEAN countries are also expected to use China’s currency, the renminbi, more widely in the future. This means that the ability to trade in RMB will become increasingly important for Irish companies.

The economy of ASEAN can be expected to grow faster than anywhere outside China over the coming years and redirecting our own focus on markets like this can provide the growth opportunities that will sustain and expand Ireland’s businesses.