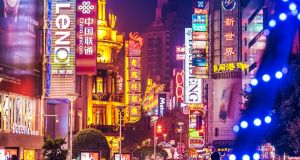 The China market is no “quick win” and businesses who want to enter it must be prepared to put in the groundwork.

The middle-classes are seeking out our baby food and products, our gins and whiskeys, and, most recently, our beef.

But the China market is no “quick win” and businesses who want to enter it must be prepared to put in the groundwork and realise that both cultural and business etiquette differs greatly to how business is carried out in the west.

There is a huge requirement for meat, dairy and seafood products in China, James O’Donnell, Asia Markets manager at Bord Bia says.

One of the first steps he recommends to members is to choose wisely a partner in the Chinese market.

“You need a business partner with similar objectives and a lot of failures come in choosing the wrong partner and you shouldn’t rush into it. It’s about building a great opportunity and it’s not about a fast win. In order to build a successful business in the market, you need to give it two to three years at least. You really need to research the market to make sure the opportunity is there. Also, is the product suitable for the Chinese palette?

“For example, if you look at ice cream, vanilla will sell well in Ireland but in China you may need to look at changing that flavour to green tea. You’ll need to look at different packaging and price points also. You may feel you want to partner with a big Chinese company that has lots of money, but you may be better suited to an SME who has similar objectives in terms of building a brand,” he says.

Flying in and out of China once a year while trying to build relationships will not work, according to Tom Cusack, Enterprise Ireland director of Asia Pacific, who says you must spend as much time in the region as possible in order to form bonds.

“I must emphasise the need for understanding the culture and the nuances of doing business. It’s all connection and relationships-based, which means spending as much time as you can in the region. This is demonstrating a commitment to the country and they recognise that. If you are looking to scale your business, then it’s about having someone on the ground and that shows a commitment that you’re going to be there for at least 24 months,” Cusack says.

“Direct flights make it easier to be on the ground and I would be advising people to be there at least every second month. This is for the committed rather than the curious and it is about having a strategy and investment in the market. It’s not about hit-and-run sales,” he says.

O’Donnell agrees that senior business people need to frequently be on the ground there.

“Ideally, it would be good to put someone into the market and in terms of the beef industry, that has just been reintroduced back into the China market, they had offices here for two years prior to it being reintroduced, in order for staff to have a better understanding of the market. For example, there is a difference in relation to the cuts of meat that sell well over here. They are very different to what would be sought-after in Ireland, therefore you need the expertise to understand that.

“Several companies have taken up offices in our food hub until they can set up their own offices in China,” he says.

O’Donnell says Irish businesses may find the way of conducting business in China “frustrating”, as it can be a slow process. “They want to build relationships so you need to have patience and know that things don’t happen quickly.”

Cusack says the Chinese will invite business associates for dinner, but more often than not business will not be discussed.

“They then often invite you to their home when the relationship has progressed a little. They may serve food that is considered a delicacy in China, things like the cheek or eye of the fish and these are given as a token of appreciation, so it’s important to eat that,” he says.

Boardrooms are not common in China and instead a U-shape of armchairs are often used for formal gatherings and while working through an interpreter, meetings can be stunted, Cusack says.

“We are very used to the banter. It’s great that we have graduates coming out of UCC and UCD with Mandarin and with these taking up posts it’s also showing a commitment to the market and is appreciated. They can speak in meetings but once it gets down to serious negotiations, there will be proper interpreters on both sides. In general, we also need a bigger focus on people speaking the language too,” he adds.

Being aware of Chinese politeness is also something to be cognisant of. “They will never say no straight to your face and you may think there is an interest there when there isn’t. It’s important to clarify someone’s position.”

In terms of communication, it is essential to be on WeChat, a platform that is a mix of WhatsApp and LinkedIn, according to O’Donnell. Finally, gift-giving is also common and should always be reciprocated.