Address by Minister for Business, Enterprise and Innovation Heather Humphreys 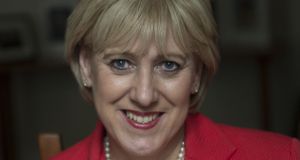 Ireland and China enjoy a warm and fruitful political, cultural, and economic relationship. We have had a succession of Irish ministerial visits to China and in return we have received visits from the highest levels of leadership from China to promote trade and cultural links between our two countries. We hope these exchanges will continue and, as such, I very much look forward to leading a significant trade mission to China at the start of November.

While in China, I will represent Ireland at the Chinese International Import Expo (CIIE). The Irish Government places huge importance on Ireland’s close, friendly, and mutually beneficial relationship with China. Visits between Ireland and China, such as this upcoming one, help to deepen and strengthen trade cooperation between our two countries.

The Government recognises that the CIIE is a major global event that will allow Ireland to showcase its exports and explore future business opportunities. We welcome that China is now an ever more engaged global player, and a key driver of global economic growth. International estimates predict China may be on track to become the world’s biggest economy within the next decade.

The growing influence of China, the expanding young population and growing middle class, and the digitisation of its economy, all point towards China’s increasing economic importance. We welcome China’s repeated commitment to the rules-based, open, and inclusive multi-lateral trading system – one to which Ireland and the EU fully subscribe. Of course, from time to time, there are inevitable disputes, disagreements, and trade issues but what is crucial is that we are both using the available mechanisms to seek negotiated, fair outcomes and avoid escalation.

I am delighted that trade flows between Ireland and China, in both directions, continue to grow strongly and are now at record levels. Two-way trade has doubled since 2013, with Irish firms exporting more than €5.6 billion worth of goods to China in 2017. As exports continue to be a significant driver for our economic success, and with China now a powerhouse of global growth, China is becoming an increasingly strong source of export growth for Ireland.

It is significant that innovation, greentech, research and technology are all strong priorities in China’s 13th Five Year Plan – these are areas where Irish companies excel and are rapidly expanding. China’s One Belt One Road initiative is also opening up the potential for even stronger trade links and connectivity between us.

In recent years, we have also seen significant Chinese investment in the Irish economy. A range of world-leading Chinese companies have strategic operations in Ireland, supported by IDA Ireland. These include technology and business services such as Huawei, Tencent, Lenovo, Chinasoft, SATIR, and Firecomms; and international financial services like the Industrial and Commercial Bank of China, Bank of China Aviation, China Development Bank, and the Bank of Communications. The presence of these companies is a strong endorsement of Ireland’s strong investment climate and of our commitment to embrace new business opportunities.

China is also regarded as one of the most important destinations for foreign direct investment by European companies – both at present and for the future. The European Commission is currently negotiating a comprehensive EU-China Investment Agreement, which aims to remove market access barriers between our two countries. Ireland welcomes the ongoing negotiations, and supports the European Commission’s approach to negotiations and China’s active engagement.

Ireland is one of the world’s most open, export-based economies. With a small domestic market, promoting diversified export markets in light of the potential impacts of Brexit is a key priority for my department, and I hope the CIIE will offer a valuable chance for Irish companies to discover the opportunities that exist in the Chinese marketplace and to showcase the best of what Ireland has to offer the international market.