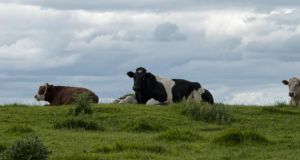 Every time horse DNA is found in beef burgers, the Irish agri-food sector takes a hit

People love horror stories, particularly if they come with extra Yuk Factor. In February, a regular report from the Food Safety Authority of Ireland (FSAI) was published and among its nuggets were tales of human teeth, nails and chicken heads being found in food sold in Irish restaurants and takeaways. It stayed among the most-read stories on The Irish Times website for days, with readers clearly mesmerised by the details.

But such food-related shock horrors are rare and the incidents easy to isolate so they do little to damage the reputation of our food sector as a whole. It is a different story when things happen higher up the supply chain.

Frozen burgers
Every time horse DNA is found in beef burgers or dioxins in sausages or every time retailers are exposed for selling cheap, nameless white fish dressed up as cod, the Irish agri-food sector takes a hit and consumer confidence is damaged.

According to David Berry of Kandar Worldpanel, which monitors the retail sector, sales of frozen burgers in Ireland fell by 42 per cent in the wake of the horse-meat scandal last year with the impact extending to other areas of the frozen-food sector, such as pizzas, as well as chilled convenience foods. While the crisis had little or no impact on the industry, particularly on Irish beef exports, which bounced back quickly , it did put the spotlight on big retailers and raised questions in consumers’ minds as to how it was possible to sell a kilo of frozen beef burgers for €2 at a time when fresh beef was selling at about €4 a kilo.

These questions are legitimate as are fears about the quality of the food we eat, particularly in cash-strapped times. Research carried out by Bord Bia at the beginning of the year found more than one-fifth of the population still struggles to put food on the table and while this has dropped significantly from 30 per cent in 2013, food costs remain a concern for almost 40 per cent of consumers.

“The findings not only talk about how consumers are thinking today, but also review what we have seen since 2008, and start to think about how consumers and Irish society has changed since the recession,” says Helen King, head of insight and innovation at Bord Bia. “This study shows how a new emerging landscape can offer opportunities for Irish companies and brands.”

Food scandals make things more uncomfortable but at least people can draw comfort from the fact that they are uncovered which shows the systems put in place to deliver quality assurance are working and underpinning the integrity of Ireland’s food produce. Ireland got some very negative press in the immediate aftermath of that story breaking but later the criticism turned to praise for the detection systems in place across our agri-food sector.That is not to say there are not problems. As consumers, we are more divorced from the realities of production than any previous generation because of the length of the food supply chain across the processed food sector and the number of countries involved in getting some foods from farm to fork.

Lax labelling
Lax labelling regulations have allowed some producers label Thai chickens as Irish by just adding a sprinkling of breadcrumbs or a dab of garlic butter to them closer to home. And while there is no suggestion the food imported from many thousands of mile away is in any way harmful, it is not what consumers want.

The main principle of the EU food labelling directive 2000/13 states that labelling must not “be such as could mislead the purchaser to a material degree, particularly as to the characteristics of the foodstuff and, in particular as to its nature, identity, properties, composition, quantity, durability, origin or provenance, method of manufacture or production.” It is to be updated later this year with new rules which will aid consumers’ understanding of where their food comes from.

Changes will be welcomed by Ireland’s shoppers. Since 2001, Bord Bia’s biennial PERIscope study has been exploring consumer attitudes towards topics such as eating at home, cooking, local food, the environment, and health and wellbeing, in 10 markets – Ireland and the UK, six continental European markets, along with the US and New Zealand – encompassing 10,000 respondents.

Its most recent report found 70 per cent of Irish consumers felt it was important to “buy local” – up from 50 per cent in 2005. More than three-quarters of us check products for a country of origin label before we purchase compared to just 58 per cent in the UK.

Technology has armed the watchdogs of the food industry like never before and ensured food suppliers and producers who cut corners to save money or attempt to mislead consumers can be identified.

Late last year, some bacon producers were accused by the Irish Farmers Association (IFA) of causing confusion by using labels suggesting they were using Irish pigmeat when tests results showed non-Irish product had been used.

The IFA commissioned DNA testing company Identigen to run the rule over 300 pigmeat samples and then compared the results with the DNA database of Irish boars. The results showed 52 per cent of the rashers and bacon joints tested were not from Irish pigs.

The practice of replacing cod with cheaper alternatives and selling it to consumers at inflated prices was revealed to be rampant in the Republic two years ago, with more than a quarter of all so-called cod sold here being wrongly labelled.

The study, carried out by researchers at University College Dublin found 28 per cent of the cod being sold in Ireland was mislabelled . Cheaper fish including pollack and whiting are sold as cod, with the majority of mislabelled cod products proving to be smoked, breaded or battered, allowing producers involved to conceal the appearance, smell and taste of the fish fillet.

The UCD scientists used DNA barcoding techniques to identify 226 cod products from supermarkets, fishmongers and takeaway outlets and compared the results against the product labels. In 37 of the 131 cod products purchased in Ireland, the fish was not cod. 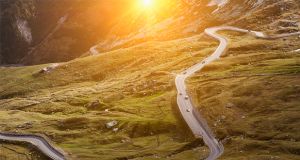 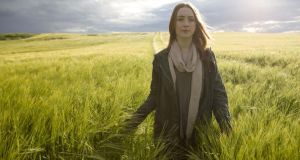 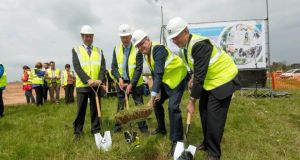 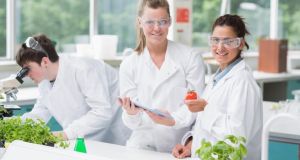 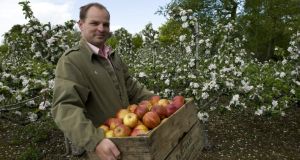