An ice swimmer's journey through the best of both worlds

Driven to succeed: in the first in a short series built around Audi’s new Q7 e-tron we meet two Irish people making the best of both worlds

Nuala Moore, an extreme ice swimmer from Dingle in Co Kerry, explains what motivates her to chase the best of both worlds 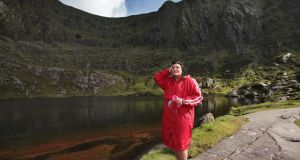 Nuala Moore: When you get out of the water you’re brought home. There are no medals. No round of applause. The ice brings you to a place that makes you very humble. Photograph: Valerie O’Sullivan 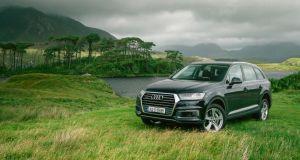 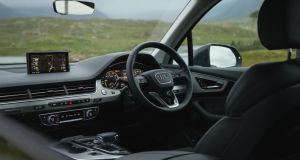 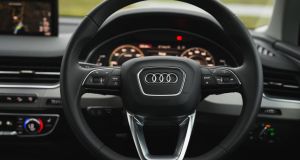 Extreme ice-swimming and Dublin flavours combine in an extraordinary way in our new video series to showcase the new Audi Q7 e-tron 3.0 TDI Quattro. But then, this is no ordinary car. It’s a combination of electric vehicle (EV) and diesel SUV that offers a fantastic 156 miles per gallon and delivers everything the modern eco-conscience motorist could want – a plug-in EV for emissions-free driving on short trips around town and close to home and a powerful SUV for longer business and pleasure trips.

We set out to capture the essence of what the car offers: the best of both worlds, and in doing so understand what drives an individual to succeed. To achieve this for the Audi Q7 e-tron and demonstrate the car’s range of capabilities we shot a series of exceptional short films about exceptional people.

In many ways the Q7 e-tron is an ordinary car capable of extraordinary things so in the films we used the car to tell the story of two quite ordinary people who do extraordinary things. The high-achieving duo featured in the videos are extreme ice-swimmer Nuala Moore and restaurateur Garrett FitzGerald from Brother Hubbard in Dublin. What these people do for fun and to achieve business success is simply breathtaking.

Extreme swimming doesn’t get close to adequately describing Moore’s pastime. She took to the sea around her home as a child in a natural way she says, and the adventure within her pushed her to seek out more and more extreme challenges.

“When I was young to the world of adventure,” she says, “it frustrated me that the world wasn’t watching, that people didn’t think I was brilliant. But now my motivation is so much more. I’m free to succeed. When you get out of the water you’re brought home. There are no medals. No round of applause. The ice brings you to a place that makes you very humble.” She was part of a relay team that swam entirely around Ireland and routinely takes to waters 10 degrees and more below freezing with a team in front of her breaking the ice above the water to ensure she is able to surface. 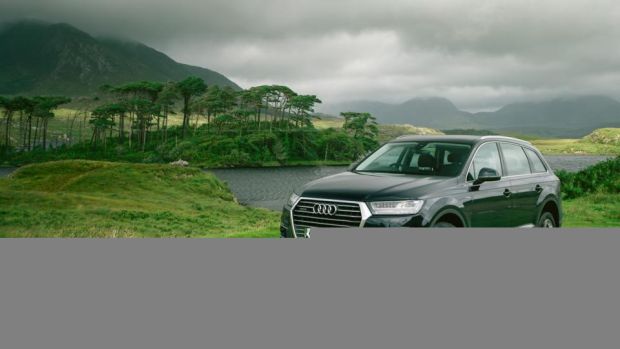 In our second video, published in a week’s time, we feature the story of Garrett FitzGerald who co-owns the Brother Hubbard Café on Dublin’s Capel Street and who has just published his new book The Brother Hubbard Cookbook (Gill Books).
He travelled the world to learn about the restaurant’s signature Middle Eastern cuisine and brings that same dedication to choosing the coffees he sells and the ingredients that go into his dishes.

It’s not very often that you hear about a law and economics graduate who throws up a successful career to become a chef and restaurateur. That’s exactly what Garrett FitzGerald did before founding the successful Brother Hubbard’s Café with his partner James Boland on Dublin’s Capel Street. He took a three-month course in the renowned Ballymaloe Cookery School before heading off around the world for two years with James. He spent time in Melbourne’s famed casual dining scene and immersed himself in Middle Eastern cuisine before setting up Brother Hubbard and its younger southside sibling Sister Sadie on Harrington Street.

The two videos are designed to show these remarkable people going about their daily lives and give a sense of what sets them apart. Swimming, the search for ideal ingredients and the capabilities of the Audi Q7 e-tron are showcased in each to quite stunning effect. This was made possible by the use of the very latest technology.

The use of a handheld “steady cam” delivered superb quality action footage even in the most demanding of conditions, while a drone was utilised to capture spectacular panoramic sequences.
Featuring that a few years ago would have been impossible without the use of wildly expensive helicopters and specially designed equipment. The fact that they had the outstanding Kerry landscape and some of Dublin’s most scenic spots as a backdrop also helped.
Dozens of hours of video were taken to the editing suite where the process of distilling that vast amount of content into videos of less than three minutes each took place. An achievement in keeping with the extraordinary people featured 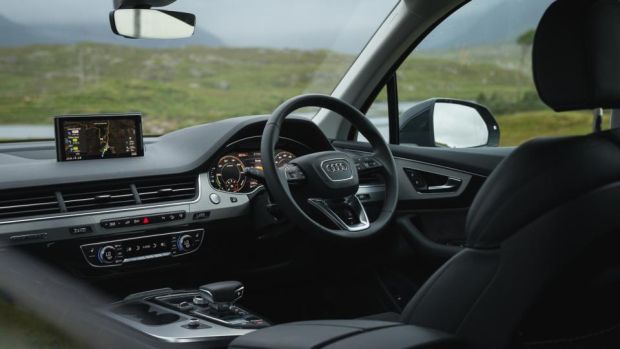 So, you want to be as eco-friendly as possible in your day-to-day driving but you also do a fair bit of heavy mileage at weekends. What’s the solution? One option is two cars. An electric vehicle (EV) for the daily commute, the school run, and quick spins to the shops and sports club. And a heavy duty roadster which can gobble up the miles when heading out and about on all standards of roads and perhaps where there aren’t even roads.

That works, but it’s a very expensive option and maybe not that eco-friendly after all when you look at the environmental costs associated with the manufacture and maintenance of two vehicles, only one of which will be on the road at any given time. Thankfully, Audi – the home of Vorsprung Durch Technik – has come up with a solution in the form of the Q7 e-tron 3.0 TDI Quattro which offers both cars in one vehicle. It’s a brand new concept, a plug-in hybrid which delivers a unique combination of performance and power, fuel efficiency and environmental friendliness, comfortable city driving and rugged long distance and off-road capabilities when necessary.

You get all the advantages of an electric vehicle with none of the associated range anxiety thanks to the e-tron’s advanced plug-in hybrid technology. You plug it in at night, or whenever suits, to charge it up and you can get up to 56km driving around town or other shorter distances on the battery. The powerful V6 TDI engine and Quattro drive come into play for longer drives or when a bit more pulling power is required. 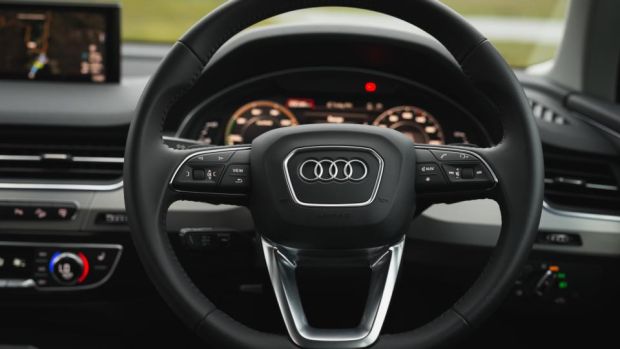 For the technically minded, the car generates 373 bhp of system power and 700Nm of system torque. Acceleration is pretty impressive as well – the e-tron can take off from a standing start to 100 km/h in just 6.2 seconds.
All this sets the Q7 e-tron apart from other hybrids which do not have an external charging facility. This limits their electric driving range to just a few kilometres and is therefore more of a fuel efficiency technology rather than genuine EV capability. And when it comes to overall fuel efficiency it is hard to imagine any hybrid beating the Q7 e-tron, which delivers a quite amazing 156 miles per gallon over a fairly average mix of town driving and longer distances.

And you get this with no compromise on Audi’s usual high standards of comfort, space and technology. Indeed, the virtual cockpit display gives you all the information you need in terms of the car’s performance along with maps and so on while the dedicated phone app allows you to monitor it remotely and even locate and disable it should it be stolen.

For anyone looking for the best of all worlds when it comes to their driving the Audi Q7 e-tron is certainly an option worth considering.

An ice swimmer's journey through the best of both worlds