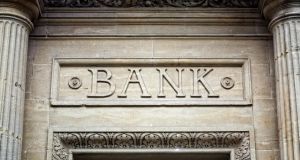 “There are not enough deals out there for the available finance,”

The funding landscape for M&A activity is probably as good or better than it has ever been. Not only are the main banks back in the corporate lending markets but there is finance available from a variety of other sources; including domestic and international private equity funds.

“There are not enough deals out there for the available finance,”says Owen Travers, AIB managing director of corporate finance .

“If you are considering raising finance for acquiring a company then the good news is there are more funding options available than any time in the recent past,”adds Richard Duffy, BDO corporate finance director. “Availability of capital is no longer an impediment assuming you have a business plan that is credible, has growth potential and you have capable management who can deliver the plan. This is despite the backdrop of ongoing political and economic uncertainty surrounding Brexit and nervousness in international markets as well.”

“The domestic finance market has done a full 180 degree turn since 2010,” says Eamonn Hayes, Capnua corporate finance managing director. “The core banking market was very constrained and there were very few players in the market. The international view of Ireland was quite poor, and it was difficult to finance anything. What we have seen over the past seven years is the establishment of a number of nonbank lenders in the market with support from the Ireland Strategic Investment Fund. That has created a level of competition in the market for M&A finance. We have also seen the main banks come back into the market along with international players.”

With so much money available, the decision comes down to the source. “Typically, M&A deals are funded through a combination of both debt and equity though we have seen acquirers funds deals fully with equity and subsequently refinance with debt postcompletion, in order to get a deal done quickly and avoid having to satisfy the requirements of a lender within the timeframes of the deal,”says Jan Fitzell, partner in M&A in Deloitte.

“Buyers are normally reluctant to overleverage an acquisition and hence bridge the gap between available debt and price with equity,” he adds. “The quantum of each to be contributed depends on the unique circumstances of the deal – a business with significant asset backing may be able to command greater leverage, but only if the assets are easily realisable into cash. Conversely, a business with an ongoing high requirement for capital expenditure may struggle to achieve high-debt leverage given the low amount of cash available to service the debt obligation. In this circumstance one would expect equity to play a greater role, or the lender to provide more flexible debt terms to alleviate the repayment burden.”

The level of risk involved in the deal can often influence the choice of funding, according to Dr Ronan Powell, professor of corporate finance at the UCD Michael Smurfit graduate school of business. “It really depends on the type of company involved. If you have an Irish company buying another Irish company and they know it well, there is relatively little risk involved and the deal can be done with cash. If it’s an overseas company being acquired, and you don’t know it or the market that well you might use a lot more equity. If the deal is bad and value is lost all shareholders lose.”

There have been changes in the mix over the years, according to Darragh Geraghty, a partner with Arthur Cox’s finance group. “Historically, to the extent external funding was required, bank financing has been the main source of finance for Irish acquisitions. In particular, the debt tranche of mid-market M&A deals has typically been financed by single-tier senior debt. The consolidation of the Irish banking sector and the reduced risk appetite that has resulted from the financial crisis created a gap in M&A financing that, at the top end of the market, has largely been filled by private equity sponsor-led deals financed by international banks out of London. A good example last year being Apollo’s acquisition of the Tifco Hotel group supported by senior and mezzanine debt financed out of the London market.”

Over the past year AIB has raised funding from all sources including large international banks, and private equity funds from the US and UK

“At mid-market level, deals valued at €10 million and higher continue to interest the Irish banking sector,” he adds. “In addition, there has been a steady growth of alternative providers of funding targeting the middle market.”

Potential acquirers don’t have to go to multiple sources to access the funding, according to Owen Travers. “AIB has raised funding from all sources including large international banks, private equity funds from the US and UK, locally sourced equity from high net worth individuals, alternative finance, and standard bank finance over the past year. All colours on the financing spectrum are available here at the moment. That’s a significant difference to 10 years ago.”

And there is no sign of any change to that bright picture. “We are not seeing any pullback,”says Michael Hussey, associate director of corporate finance in Davy. “All the indications are pretty positive.”