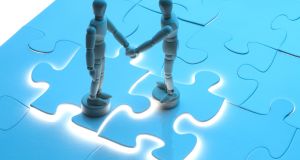 One tried and tested way to grow a business is to buy another. Before you can do that, however, you’ve got to satisfy the local competition authority. In Ireland that means the Competition and Consumer Protection Commission (CCPC).

All mergers over a certain financial threshold must be notified to the CCPC for review and approval, before they can proceed.

Since January 1st, 2019, the threshold for such notifications rose. Today at least two of the parties to a deal must have a turnover in the State of €10 million or more, up from €3 million previously.

That rise and increases in other, related, thresholds, came on foot of a public consultation process run by the Department of Business, Enterprise and Innovation, which found that the previous Irish financial thresholds for mergers and acquisitions were considerably lower than those in other similar countries.

In raising the thresholds the aim was to reduce the number of CCPC merger notifications by 38 per cent. In fact they more than halved.

The competition authority is rolling out simplified merger procedures designed to speed things up even further. Timing is of the essence in M&As not alone because market conditions can change but because a long and drawn out process only adds to third-party costs for all involved.

Efficiency is a key element in any merger regime. “It is important that businesses have the confidence that notifications will be dealt with in a timely manner, in particular where no significant competition issues arise,” said Brian McHugh, member of the CCPC commission, in its annual review.

The roll out of the new simplified merger procedures in the first quarter of this year will deliver further efficiency benefits for businesses through both a reduced notification burden and speedier decision timelines, he said.

They will allow for the CCPC to apply simplified merger notification procedures under certain conditions. These include, for example, where none of the parties involved in the merger or acquisition are active, or potentially active, in the same product or geographic markets. It also includes cases where the parties are not upstream or downstream to a product market in which another party involved is active or potentially active.

The new procedures can be applied where two or more of the parties involved in the M&A are active in the same product or geographic market but have a combined market share of less than 15 per cent. In cases where a party that already has joint control over a company is to acquire sole control over that company, that deal too can be subject to the simplified rules.

The simplified merger notification procedure is all part of the CCPC’s strategy to make merger control in the State more “effects based and focused on outcomes”, it said. The commission hopes the moves will have a positive impact on the economy.

So far so good, say those working in the sector. “The changing of the thresholds last year had a huge impact, halving the number of notifications,” says Katharine Byrne, partner BDO Corporate Finance. “It means smaller transactions don’t block up the system so the CCPC can focus on those where there really is a competitive risk, so it will speed things up for vendors. It has definitely been an improvement.”