Outlook positive for 2019 despite uncertainties

Private equity and technology expected to contribute to growth in Ireland 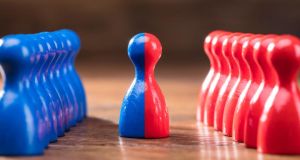 In terms of value, the largest deal by a very considerable distance was the €67 billion takeover of Shire plc by Takeda.

In 2018, 268 merger/acquisition deals were recorded, an increase of 5 per cent from 2017 with total transaction values adding up to €10 billion.

While experts expect activity levels to be good in 2019 and Irish companies will continue to have an appetite for deal-making, there are some uncertainties which may impact on deal activity in the short term – most particularly Brexit.

“Macro-economic, geopolitical and financial factors will continue to affect the M&A outlook. Continuing equity stock market valuations may well drive public company M&A activity but equally to that extent the capital / financing markets remain somewhat volatile, which they were in Q4 of 2018 and that will be a drag on big-ticket acquisition financings. That said, there remains significant levels of private equity capital available globally to fund acquisitions and volatility can often create opportunities for buyers. Ireland remains an attractive location for buyers / investors,” says Geoff Moore, partner in the M&A department at Arthur Cox.

Dennis Agnew, corporate partner in Pinsent Masons, agrees that “uncertainty is not the friend of M&A” . So Brexit is likely to dampen M&A activity in 2019, Q1 and Q2, especially when joined by the recent volatility of the stock markets and the geopolitical uncertainty.

“However as that uncertainty clears – whatever the outcome – that should provide a fillip to deal flow as companies can assess what they are dealing with. Financial services and M&A are likely to continue to be strong as UK companies in particular look for opportunities in Ireland with sector consolidation. This is also likely to feature in food/agribusiness. The growing involvement of private equity will continue in 2019 with investment exits freeing up capital for new investments and there are also likely to be more new private equity entrants from overseas, increasing the competition for deals,” he says.

While 2018 certainly was a successful year for M&As, a number of large transactions including the Takeda takeover, distorted the market somewhat

While 2018 certainly was a successful year for M&As, a number of large transactions including the Takeda takeover, distorted the market somewhat, Katharine Byrne, partner with BDO says. “Mid-market activity (deals €5m – 250m) continued to be the key drivers in M&A activity in 2018, despite the Brexit uncertainty. It also saw the emergence of longer term equity funds enter the market with international pension funds focussing on asset-backed investments in nursing homes and student accommodation, while midmarket private equity funds sought transactions in sectors that are still quite fragmented, such as insurance, leisure and IT services,” she says.

Byrne predicts that 2019 will be a sellers’ market “as valuations continue to rise underpinned by increased funding and competition from international and local buyers.”

Debt will once again be the primary source of deal funding, with attractive terms, flexible instruments and the presence of new lenders in the market. “We expect to see an increase in private equity deals in 2019 as succession planning becomes the key focus for many Irish companies looking to secure a full exit within three to five years,” she says.

Anya Cummins, partner, M&A at Deloitte says deal drivers are similar to last year.“Derisking by founders and owner managers is certainly a feature and we’re seeing some deal activity relating to wider macro-economic uncertainty – in particular geographic diversification. Valuation levels are strong and the availability of capital is continuing to fuel deal activity; with private equity investments and divestments driving deal volumes. Like our US counterparts in their most recent study, thorough due diligence is certainly a feature and therefore we’re encouraging our clients to prepare thoroughly for transactions,” she says.

Taking a closer look at predicted trends for 2019, Mark Ward, partner and head of M&A in A&L Goodbody, says there are already a few material sale processes in the public domain in 2019 that are generating interest.“There has been a marked increase in new tech companies in particular and they can go from incorporation to material deal in very short order, so we expect to see activity in that sector. If market values do not recover there is a prospect of some plc bids. Private equity, both Irish and international, continues to show an interest in Irish companies. Some examples of these transactions would be Battery Ventures on its taking a stake in Learnosity Holdings and Cinven on agreeing to buy Dublin-headquartered insurer Axa Life Europe.

“The trend here continues where Irish companies become sellers relatively soon in the cycle. It would be good to see more Irish companies becoming net buyers and growing by acquisition, possibly eventually going the IPO route. The inversions out of the US are over but that solution works for other countries and Ireland still ticks a lot of boxes. So we expect to see more of those.

“We are also seeing the use of technology on the execution of deals as more of a feature and clients like it. The ability to deploy leading edge technology alongside legal project management capabilities to deals is becoming a real differentiator for clients.“It’s a challenge for buyers to land a deal; almost all involve a sales auction process and as a result negotiation of the legal details can be limited by the process. So there is that bit more risk for a buyer and diligence is therefore very important. That’s just a fact of life now”, says Ward. “There is more finance available for deals and that’s helpful for deal flow. But it’s slower to get deals done and that time lag is a challenge. To get a deal done now, if it has many moving parts, can take at least four to six months.”