The policy is tailored for a transaction, and effectively covers the underlying acquisition document warranty package as negotiated 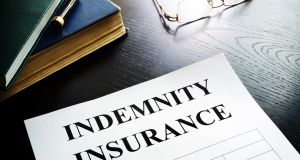 In any financial transaction there is an element of risk. When one considers the large sums trading hands in many mergers and acquisitions (M&A), it is undoubtedly prudent to mitigate against that risk. As a result, the proportion of parties availing of warranty and indemnity (W&I) insurance is steadily growing.

In simple terms W&I insurance is an insurance policy under which the insurer covers the risk of a breach of warranty or indemnity in connection with an M&A transaction, says Keavy Ryan, partner at A&L Goodbody.

“The policy may be structured for the benefit of either the buyer or the seller, although it’s more common for it to protect the buyer. The policy is tailored for the transaction, and effectively covers the underlying acquisition document warranty package as negotiated by the parties.”

Ryan notes that the key to the success of such policies is ensuring there are no unexpected gaps in coverage.

“In essence the insurer takes on the risk which would otherwise sit with the sellers. The market is quite sophisticated now and through brokers you can get a quote from a number of insurers, each of which can give a menu of options in terms of the duration and financial quantum of cover.”

Stephen Keogh, head of the corporate department at William Fry, says the key feature of this product is that the insurance underwriter will, in return for a premium, bear some or all of the contractual liability that a seller would otherwise bear under the transaction documents in respect of warranties – and sometimes indemnities – that a buyer is seeking.

Keogh notes that advantages for the buyer can include greater certainty of successful recovery if a claim arises, plus it can aid in avoiding damaging the relationship with the sellers (who may still be involved in managing the business) by suing them for breach of warranty.

Ryan adds that from a buyer’s perspective it can be particularly advantageous where sellers may be reluctant to give warranties and can thus facilitate a “much smoother transaction”.

“This is particularly attractive where there are multiple sellers, sellers not involved in day-to-day management or PE sellers who are keen to return proceeds to their investors without any tail risk. The underwriting process is pretty well streamlined and straightforward as the market has matured,” she says.

The question of who bears the cost of insurance can be a matter of negotiation, however; “but in the greater scheme of things this can be tolerable to both sides, particularly sellers who will of course be attracted to the ability to de-risk the possibility of subsequent claims emerging.”

Ryan explains that while warranty and indemnity insurance has been available for over a decade, its popularity in Ireland is a relatively recent phenomenon. “It’s really only in the last few years that the Irish market has become more comfortable with it, catching up with the US and the UK where it was adopted a little sooner.”

Keogh agrees that M&A parties in Ireland are increasingly availing of warranty and indemnity insurance. “It can be a great tool for overcoming potential deal blockers and allowing sellers a ‘clean’ exit from their business on a sale transaction.”

Originally there had been concerns as to how the W&I market might respond in practice to claims brought under policies. However, this has abated as parties have seen a higher frequency in claims across the market; now almost one in five policies will result in a claim.

“Clearly the insurance market appreciates it’s important to step up to the plate when a reasonable claim is made if the market is to be successful. This is the main reason why it has become increasingly common in transactions,” says Ryan.

Other concerns have also been ironed out. “When initially advises looked at it with clients, there was a feeling there was a little too much uncertainty and too many exclusions in the policies.” These issues no longer apply: “so it’s no surprise there is an appetite for the deal-enabling benefits of laying off transactional tail risks to well capitalised third parties,” Ryan explains.

The increased popularity of W&I insurance has resulted in premium rates decreasing, more cover in the market and insurers being comfortable in broadening the coverage terms and reducing exclusions to meet demand, she adds.

Keogh agrees, pointing out that the market for providing this product has become increasingly crowded and increasingly sophisticated.

“This has had a couple of results which make it worthy of consideration in many deals. First, the cost of warranty and indemnity insurance has fallen significantly. Second, the scope of cover has become more broad, with areas like tax liabilities now capable of being included in cover in many cases.”