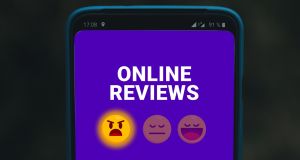 ‘It takes 20 years to build a reputation and five minutes to ruin it.’ Photograph: iStock

The insurance industry is built on trust. Policyholders hand over their money to insurance companies and trust them to pay out in their moments of need. But that foundation has taken a battering of late with allegations of profiteering in the motor sector and iniquitous pricing practices making the headlines all too frequently. And that could ultimately damage individual companies as well as the sector as a whole.

“The biggest drivers of the insurance sector’s reputation are the degree to which the public believes that it is fair, open and transparent in the way it runs its business; the quality and value of its products and services, whether it is meeting customer needs and standing behind these products; and whether it is perceived to be a positive influence on society, environmentally responsible and supports good causes,”says Niamh Boyle, managing director of The Reputations Agency.

The Reputations Agency carries out independent studies into the reputations of companies in 17 sectors each year. “In 2019, we studied the reputation of some of the largest, most visible and most important insurance firms in Ireland including 123.ie, Allianz, Aviva, Axa, FBD, Zurich, Irish Life, VHI Healthcare and Laya Healthcare, ” says Boyle.

Overall, the study found that the sector tends to underperform expectations when it comes to public perceptions of its governance, citizenship and innovation, and receives its highest scores for financial performance and its products and services. Good at making profits but maybe not so good at the way the businesses are run.

Laurie Mannix of communications consultancy MKC believes the trust issue is mainly of the industry’s own making. “The decision to withdraw from insuring creches was poorly explained and managed,” she points out. “A failure to be open and transparent on pricing structures has led to a Government-requested investigation into the sector by the CCPC. Recent reports that customers are being penalised for their loyalty, by being charged higher premiums, are only serving to break down trust even further.”

A lack of clarity may also be partly responsible, according to Brian Morrissey, partner and head of insurance with KPMG in Ireland. “There is understandably a high level of scrutiny of the insurance industry in Ireland,” he says.

“Virtually every individual and business in the country is compelled to take out insurance policies, whether it be motor, public liability, employers liability or health insurance. The key issue is transparency – there can be a lack of clarity around increases in premiums which may fuel mistrust amongst the public, as do well publicised cases of fraudulent claims. The establishment of the National Claims Information Database may go some way to addressing this, as information around the cost of premiums and the cost of claims is analysed and shared by the Central Bank of Ireland.”

“The sector’s reputation has improved considerably since the financial crisis,” she notes. “However, it should have ambitions to become amongst the most highly regarded in the country. Our advice for the insurance sector is to start by mapping and prioritising its stakeholder groups, to audit its reputation regularly amongst these groups, set clear and measurable reputation KPIs as part of its balanced scorecard, and develop a strategy that imbeds reputation into the heart of its business and builds trust amongst its most important stakeholders.”

Plain language would help as well. “There are multiple ways that insurers can ensure that they are becoming more transparent when building relationships with their customers,”says Pinsent Masons partner Naoise Harnett. Among these are using plain language in the policy and terms and conditions, using easy to navigate documents and providing a consistent user experience.”

Transparency is critically important, according to Mannix. “The key to building trust for any organisation is to communicate regularly and openly with their stakeholders,” she contends. “Companies need to look at how they are conducting their business. Are they doing so fairly, ethically, openly and honestly?

“They then need to look outside their organisation and to invest in consumer research to understand how they are perceived by their stakeholders. This provides a framework of the positive and negative perceptions that need to be addressed. Then and only then can they look at how they are engaging with their stakeholders. The tone, language and content of that communication and the channels used to engage with customers need to be carefully planned and managed. That includes examining how customers are dealt with when they call to discuss a claim, make a complaint or renew their premium.

“In the words of Warren Buffet, it takes 20 years to build a reputation and five minutes to ruin it,” Mannix concludes. “If you think about that you’ll do things differently.”

Also in Innovation in Insurance

Ireland ‘behind the curve’ when it comes to innovation in insurance

‘Prevention is better than cure’: How to cover your business for cyberattack

How the insurance industry faces an unprecedented wave of disruption

Ireland ‘lagging behind’ when it comes to insurance innovation