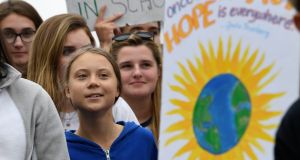 Pursuing the green agenda has never been as urgent – whether it’s the need to address climate disruption, restore nature or to reduce the collective human imprint that is putting such unprecedented pressure on Planet Earth.

A critical front is reducing waste and increasing recycling while facing up the reality of needing to consume less, notably energy that is derived from fossil fuels.

Growth in the generation and use of renewables is accelerating, especially wind and solar power, but far short of what is required to decarbonise the world.

An equally pressing task is the phasing out of single-use plastics that are tarnishing environments, particularly the oceans, because of their persistence for hundreds of years.

In addition, the ability of microplastics to contaminate the food chain is an insidious manifestation of modern pollution, which comes with potentially serious health consequences for humans and other animals, including marine species.

Likewise, there is an onus on society, especially in the developed world, to reduce food waste.

It is central to the Government’s new Climate Action Plan launched earlier this year – 60 per cent of greenhouse gas emissions comes from our use of materials.

All along the supply chain we can do better, Bruton noted – 70 per cent of food waste is avoidable; half of the material we use is not being segregated properly; two thirds of plastic used is not on the recycling list and labels are confusing.

The reforms of the waste sector, which he announced, will have far-reaching implications for retailers (especially supermarkets), food outlets/restaurants, manufacturers, the packaging sector – and, most of all, for consumers.

They will put Ireland in a better position to meet its climate obligations and help reverse a trend where we are out of step with the rest of Europe, which is already achieving sustained reductions in emissions.

It will also put the country in a better place to meet demanding EU targets up to 2030 and a series of new directives that aspire to ensure a circular economy becomes reality.

There is one outstanding issue: the failure to shift human behaviour in sufficient numbers. The science could not be clearer yet the world continues to generate greenhouse gas emissions that are heating the planet at an unprecedented scale.

People and organisations are becoming aware of their carbon footprint and yet are slow to make meaningful efforts to reduce it. That applies even more to some countries and multinational businesses, which continue to generate high level of carbon dioxide that is fuelling global heating. Quite a number of countries are set to subsidise the fossil fuel industry for decades to come.

The same applies to consumption, where cost and convenience remain the main drivers, while a throwaway culture is all too evident in both urban areas and the countryside in the form of littering.

There is no doubt that appropriately applied environmental levies can reduce polluting behaviours. This has been proven in a range of scenarios such as carbon tax on fossil fuels or the plastic bag levy – an initiative where Ireland played an international lead role.

The good news is that Ireland has shown what it can achieve when it sets its mind to meaningful action, such as getting rid of smoky coal and restricting smoking in public places. Equally, it has a consistently good record in reducing packaging waste under the stewardship of Repak.

What’s more, support for environmental action has never been as strong, as indicated by recent climate protests across Ireland, led by young people.

Helped by the focus and drive of Swedish teenager Greta Thunberg, they have forged a brand of activism that demands radical actions to enable the planet not only survive but to thrive again. And that means scaled-up political action informed by science.