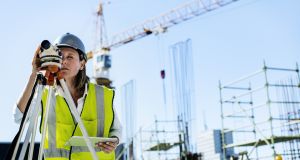 “We work hard to address that and to establish a culture where your gender, race, religious beliefs or sexual orientation doesn’t matter to us.” Photograph: iStock

Having diversity in the workplace is not only ‘the right thing to do’, but also makes excellent business sense.

It is now a C-suite agenda item, with 69 per cent of executives surveyed by Deloitte globally reporting it as an important issue.

Anne Coleman, director of Diversity Search, says the more diverse a business is, the better it reflects its customer base but it also means better business decisions get made.

“In my business, I look to find diverse leaders because then you’re creating role models for people to look up to – for example someone who is an out LGBTQI leader on a team sends a message about the culture of that organisation.

“This is also about improving the employer brand and to be honest, if you are not focusing on diversity and inclusion nowadays, it’s going to be considered quite a negative for your company,” she adds.

Candidates are helping drive these changes as millennials are researching companies’ ethos around diversity and inclusion and using that information to decide whether to apply or accept a job at a company, Eimear McCarthy, audit partner and respect and inclusion lead at Deloitte says.

“This is forcing companies to rethink their processes and to be more transparent about the diversity they have at all levels of the organisation. The increase in social media and the transparency of organisations’ internal brand through the likes of Glassdoor mean that potential recruits know more about your organisation than you may know,” she says.

Several large companies have put diversity policies in place in recent years, John Sisk & Son being one, but they consider it “just the start of the journey or a minimum threshold level”.

“While a policy is important, for us at Sisk, it’s all about creating the right environment, where people are valued for their unique contribution,” Sean Fitzpatrick, director of human resources at the company says.

“From a purely commercial perspective, it makes sense to ‘cast the net wide’ so that we consider – and then hire – a broad and diverse workforce. Having different views and perspective as we undertake challenging projects across all of our geographies just makes good business sense,” he adds.

Paul Vance, head of resourcing at KPMG, says they strive to create a culture where difference is valued and all of their people are treated with respect.

He explains why diversity is a top trend in recruitment, right now. “It’s set against a backdrop of a continuing war for talent, all-time low unemployment rates and a demand for skillsets that previously in some cases never existed, especially in the technology space. Employers are drawing from an extremely competitive candidate market and need to differentiate themselves in order to attract the best people.”

As a public service organisation, the Central Bank is involved in a number of initiatives which focus on providing employment opportunities for under-represented groups and which supports them in becoming more employable.

Some examples include Participation in the Willing and Able Mentoring Programme; working with the National Council for the Blind to provide six-week work placements; participation in Career LEAP, which is a work-readiness programme for young adults aged 18-24 based in Dublin’s Docklands/north-inner-city not in education, employment or training.

The Central Bank has also participated in the Fast Track to Information Technology Programme for a number of years and this year has two individuals who are currently undertaking their studies, supported by the Central Bank, who will join them in March 2019.

In July 2018, it also launched a ‘Scholarship Programme’ which was targeted at school-leavers who may want or need to earn while they study. It is supporting eight people in the attainment of a degree (part-time) at Griffith College, as well as full-time employment with the Central Bank, with all the study support needed.

“We are also committed to building more inclusive recruitment and selection practices more broadly. For all of our recruitment campaigns, we encourage applications from diverse candidates and we ask people to make us aware of any accommodations we can make to enable us to see the best version of themselves during the process. We aim for diversity of thought and experience in our interview panels, we include unconscious bias in our interview training and utilise more inclusive language and imagery in our job advertisements,” a spokesperson for the Central Bank says.

In terms of industries that are predominantly male – the construction sector is 90 per cent male – Sean Fitzpatrick of Sisk says it makes sense to have different views in meetings.

“It’s important that the environment is there to allow an ‘airing’ of those views. In a workplace that values people for their input, they will contribute openly and willingly and we’ll provide a better service or product to our customers,” he says.

Many employees now ask about diversity policies in job interviews, illustrating the fact that it is high on their agenda and at Sisk, both men and women ask the question.

“As a construction company that’s been around for almost 160 years, we understand that there has been a stereotypical view of the construction worker. We work hard to address that and to establish a culture where your gender, race, religious beliefs or sexual orientation doesn’t matter to us. What matters is that you can do your job in a way that encourages others, makes it easier for people to work with you and gives a great product to our customers. We’ll inevitably continue to get questions from prospective employees and are glad to address any challenges that they put to us in those questions,” Fitzpatrick says.

Recruitment is the key channel for increasing the diversity of the workforce and hence technology and processes are changing to facilitate companies in removing biases from the recruitment process. These biases can result in companies failing to attract or select a more diverse range of candidates despite their best intentions, Eimear McCarthy of Deloitte says.

“Technology is one area that offers a lot of potential, as the recruitment systems can hide names from applications so that ethnic or gender-related assumptions are removed from the screening process. Technology can also be used to screen job advertisements to identify whether the language being used is overly attractive to males or females rather than being neutral,” she says.

On the board walk: helping women advance at work

How women can escape the sticky floor of career stagnation

‘We want to make sure we are as inclusive as possible’

‘We need to pull women up, rather than always expecting them to push’

The glass ceiling: ‘Just getting one woman into a senior role isn’t enough’

Making your company attractive to people with disability

Meeting the needs of disabled employees

Flexibility needs to be more than just a policy

A long tradition of equality and diversity

Ageism in the workplace: An age-old problem

Out at work: how Irish companies celebrate diversity

The five benefits of a racially diverse workforce

Stem steps up to win women over

The third level of diversity