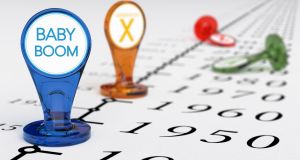 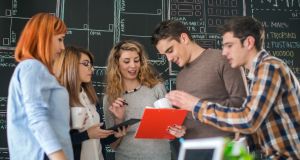 You may object to lumping people together by age but anyone working with or recruiting Millennials – loosely that generation that reached early adulthood around the turn of the century – will tell you certain characteristics distinguish them from the Gen Xers (1965 to 1984) and Baby Boomers (1946-1964) that preceded them. If you’re going to recruit, retain and engage them, you need to know what they are.

“The major shift taking place in the workplace is the retirement of the Baby Boomers,” says Conor McClafferty, partner at Merc Partners, an executive agency. Millennials already make up a larger share of the workforce than Baby Boomers or Gen Xers put together.

For him two things stand out. They are digital natives and they have lived through the financial crisis. Both inform their outlook.

“They have seen how people lost jobs and significant amounts of wealth. So, while financial reward is of course part of what they look for, it is not a core driver. They also want an open environment, one that they believe is culturally aligned to their values. Already as part of that we can see that organisations that value diversity are attracting the top talent. Millennials have also been described as “communicators on steroids”, and they want that to work two-ways. They don’t want to be just spoken to, they want to interact, they like feedback. They want a less dictatorial and a more entrepreneurial environment,” says McClafferty.

They also want flexibility. The advent of smart phones means they are “always on. They don’t want a role that is just nine to five. They are not afraid of hard work – far from it – but they want to know that if there is somewhere else they need to be, there is the trust and flexibility from their employer to facilitate that,” says McClafferty.

The recruitment market is “hot” right now, says Mark McKeon, senior vice president at global financial services company State Street. “We’ve got a large team here and are constantly adding to it. We are lucky in that we can draw from our teams in places like New York and Toronto, and we recently recruited people from Spain and Portugal who weren’t already living here, but moved to Ireland to work with us.”

So how does it do this? “Having cutting edge work isn’t enough, you have to enjoy it too,” he says. “We all mix outside of work and undertake corporate and social responsibility (CSR) activities such as last week, when 50 people abseiled down the side of the building. We also create a flexible environment to work in, which includes opportunities to work from home, or in different offices, to fit in with people’s personal life. And we provide potential to progress from within, they can see that many of our leaders come from within the organisation.”

Retention rates are high in the company. Moreover, where people do leave, they often return. That they are allowed to in itself marks a seismic shift in employer attitudes. Today good people who leave are viewed as “alumnni” of an organisation, and links are maintained.

“Millennials want to go and do new things, and you have to respect that, and welcome the good ones back when they call,” says McKeon.

Wellness programmes can also play a part. That’s a fact to which Barry Holmes, Director of Human Resources at the Royal College of Surgeons in Ireland can attest. With a staff of 1,250, covering academics, researchers and a professional services team, in addition to staff in Bahrain, Malyasia and Dubai, “The war for talent is as applicable to us as it is to anyone else,” he says.

Last year it launched RCSI Inspire, a wellness initiative that focuses on physical, nutritional, occupational and mental health. It’s something the college is interested helping other employers with, in light of the fact that Ireland’s workforce is getting older and will be working longer, meaning employers need to safeguard employees’ health and wellbeing while at work.

“There are lots of things you can introduce that don’t have to cost a lot of money. You just need a bit of architecture to hang it all together,” says Holmes. Initiatives at the RCSI include mindfulness workshops and healthy cookbooks. It is currently offering flu vaccinations to staff in their workplace.

“We’re not sliding down chutes eating skittles. A wellness programme has to be reflective of your organisation. But our people love it, and engage with it.” And retention rates are higher than industry average, he points out.

As chief executive of Iconic Offices, a provider of flexible workspaces across Dublin, Joe McGinley’s business depends on giving Millennial workers what they want. With 41 staff mostly aged under 30, they make up the bulk of his staff too.

“From a workspace perspective, they want an interesting space that allows them the flexibility to move around, whether it is a sitting/standing desk or the ability to have meetings in various rooms, or to take calls in a call box – often an old style phone box – where they have privacy to talk to clients. They like to move around because they are used to moving with tablets and laptops.”

The likes of Google and Facebook have “raised the bar” in terms of what Millennials expect from a workspace, says McGinley. “The reason they can do that is because they have such large workforces they can afford it. But flexible workspaces like ours are part of the sharing economy, it’s about bringing lots of small and medium-sized businesses together to create just the kind of scale required to bring their workspaces to a standard where it comes a tool for recruitment and retention. Our USP is that the quality of our workspaces is the hook that attracts Millennials and the services we provide once they are in is what helps keep them happy.”

This includes beer on tap, gourmet coffee and continental breakfast – all free – plus a concierge service similar to that in a hotel.

“Millennials are blurring the lines between work and play and this is something that we see more and more of, people socialising in their workspace, in the evenings,” he says. They have a thirst to learn too, which is why his team organises workshops and seminars from visiting experts. His own staff is just as keen to sit in on these as his client company employees. “It holds huge appeal for them to be learning new things.”