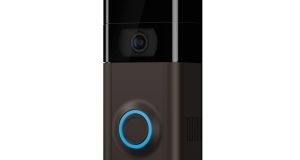 The Ring Video Doorbell 2 lets you see who’d at your door via your phone.

So, what’s Techie Santa bringing you this Christmas? We all love to find a good gadget under the Christmas tree, a nice, shiny yoke with buttons and stuff that we can play with to our hearts’ content. It’s like being allowed to be a kid again, with our very own grown-up electronic toy.

What we don’t love is getting a new gadget on Christmas Day, and then having to throw the thing out on St Stephen’s Day because it’s a badly made piece of cheap tat. Around this time of the year, the interweb gets clogged up with fad gadgets that seem novel at first glance, but turn out to be about as useful as shoe umbrellas. In fact, some of them are so useless, it’s probably a relief when they give up the ghost, so you can simply bin them rather than have them clutter up your house for the next year.

We’ve got enough electronic detritus in the house without bringing in more, so if you’re thinking of gifting the tech-head in your life a Death Star Bluetooth speaker, a bitcoin piggy bank or a battery-powered twerking elf, just stop and think – is this really something they’ve always wanted?

Here are some gadgets to give this season that might actually come in handy when the tinsel’s taken down and normal service is resumed.

Around this time of year, homeowners’ thoughts often turn to home security systems. Maybe it’s the thought of some bloke in a red suit gaining entry to your house while not even a mouse is stirring, or maybe it’s bingeing out on all those Home Alone movies, but we tend to feel a bit more vulnerable around the festive season. Electric fences and armed guards aren’t very practical, but here’s a handy system to help you keep an eye on your property while you’re out visiting Auntie Rita.

The Ring Video Doorbell 2 lets you see who’s at the door – Christmas carollers or Christmas chancers – via your phone, in full 1080p HD. No matter where you are in the world, you can talk to whoever’s at the door, and they need not know you’re not at home. The Ring 2 comes with a removable rechargeable battery pack, and two faceplates. Pair it with a Ring Stick-up Security Cam (€99) or a Ring Floodlight security cam (€299), which can be mounted anywhere around the house, inside or outside, allowing you to see what’s going on all around the house around the clock. Don’t bother mounting one on the chimney, though – Santa’s too smart for that.

If you’re thinking of a winter ski trip this season, or are looking ahead to spring and summer activities, then you need the latest model GoPro, which takes the GoPro experience up to the next level. Strap yourself in for some serious action footage – the GoPro8 features HyperSmooth 2.0 stabilisation, so no matter how much you get buffeted by big waves, avalanches or tornados, you’ll get absolutely zero camera shake.

It’s also got TimeWarp 2.0, so you can mess time itself, blending slo-mo with fast cuts to get mindblowing footage, and SuperPhoto, which eliminates blur and shred and cranks up the contrast to deliver superb action shots. The GoPro8 also has high-fidelity audio to match the video quality, and it’s all waterproof down to 33m. GoPro is offering a bundle for €479.99, which includes the Hero8 camera, shorty grip, head strap, a 32GB card and a spare battery, at a saving of €55. Time for action.

Christmas brings the retro gamer out in all of us, and the Nintendo Switch Lite packs a heap of nostalgia into one neat, handheld gaming device. It’s the latest addition to the Nintendo Switch family, and is designed for gaming on the go – watch adults’ eyes widen with childlike wonder when they hold one of these devices in their feverish hands.

It comes in three colours – yellow, grey or turquoise – and can be loaded up with all your favourite Super Mario, Pokemon or Splatoon games. Unlike the Nintendo Switch, it can’t be hooked up to your TV, and some games don’t support handheld mode, but the Nintendo Lite does have multiplayer ability, so you can hook up with other Switch Lite users (believe me, once they see yours, all your friends will want one) to enjoy a big holiday games fest.

Bowers & Wilkins is not just about great sound – it’s also about great design. Remember, this is the company behind the iconic Nautilus speakers, the unique conch-shaped speaker that will knock you off your feet – and knock you back in the region of €60,000. While they might look great in Aquaman’s undersea palace, Santa may not be able to get those big guys down your chimney.

For a lot less wedge, though, you can get the Formation Wedge, another design showcase from B&W which will have people looking – and listening – with admiration. At first glance, it looks like a giant oval black diamond, or a compressed disco ball, but this sonic gem will make any room sparkle with bright, clear hi-fi sound. Its 120-degree elliptical shape allows the Wedge to deliver wide-range stereo sound that will easily fill up the biggest room in the house.

It’s compatible with Wi-Fi, Bluetooth, Spotify, Apple, Roon and other streaming services, and can be matched up with other Formation products such as the barrel-shaped Formation Bass for extra low-end kick, or the Formation Audio, which connects up to your analogue system and turns it into a multi-room system.

The latest model of the Apple Watch has one added feature that’s simple but stupendously effective: an always-on feature, meaning your display never sleeps, and you don’t have to make a big show of lifting your arm up to announce to the world that you’re about to tell the time. The always-on display doesn’t eat into battery power either, meaning you can still enjoy all the Apple Watch 5’s other features, which including fitness tracker, heart monitor, compass and compatibility with Apple Music and the App Store.

There’s also a feature that tells you when things are getting too loud – handy for nightclubs or building sites – and a period tracker that helps you keep track of your menstrual cycle. And you can customise your watch design by picking from a range of colours and strap styles.

Remember when VR was the big game-changer, and all we could talk about was the coming revolution that would turn the world into one big virtual reality playground? VR doesn’t seem to have quite taken over our reality just yet, but there is still room in the Christmas stocking for the Oculus Go, a fully portable VR headset that will have you ensconced in another world with minimum hassle.

It’s designed for immersing yourself in all your favourite entertainment, and brings everything to life in rich 3D detail, but with a comfortable headset that you’ll forget you’re wearing. The Oculus Go should add an extra dimension to your techie festivities.