No, it’s not the same as bitcoin 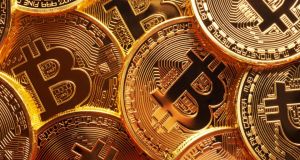 You could be forgiven for the mistake, but blockchain and bitcoin are not the same thing.

Blockchain is not the same as bitcoin

You could be forgiven for the mistake, but blockchain and bitcoin are not the same thing. Nor is it just a cryptocurrency technology. Blockchain is the secure, decentralised, distributed ledger technology that made possible the creation of cryptocurrencies like bitcoin and etherium. It can be used for a whole range of other things as well.

Evoting is an ideal use case for the technology, according to Ulster University prof of cybersecurity, Kevin Curran. “How do you know when your vote has been cast?” he asks. “With blockchain not only can you vote in secret, but every voter is able to check what happened to their vote and the government is able to ensure that no person voted twice. Blockchain is particularly good for this.”

Blockchain is a bit like the Rubáiyát of Omar Khayyám, “The moving finger writes; and, having writ, moves on: nor all thy piety nor wit shall lure it back to cancel half a line, nor all thy tears wash out a word of it.”

Once a record has been created on a blockchain ledger it cannot be altered. Every block in the network gets a reference to the previous block and there is no way to change that information. This makes it a very powerful tool for anything like food or pharmaceutical products which require high standards of traceability.

Not all blockchains are the same

The most well known blockchains are public and are used by cryptocurrencies. Anyone can join these blockchains and some of them, like bitcoin, have turned into vast global networks.

Private blockchains, on the other hand, are controlled by a single individual or entity and only they can take part in it. They set all the rules and decide on how transactions take place and who is allowed to access it. One use for a private blockchain is supply chain management where only the authorised suppliers, distributors, agents and other actors are allowed to record data on it but only some of them might have permission to see all the data stored.

Blockchain is protected by cryptography

Every user on a blockchain has a cryptographic key which is owned by them and known only to them. No one else can make an entry on their behalf or attempt to masquerade as them when making transactions if they don’t have this key. This is good but by no means perfect. If the user’s computer is hacked or their phone is stolen their key could fall into the wrong hands, for example.
“The underlying advanced encryption standard is effectively unbreakable but cybersecurity is always a game of cat and mouse,” Prof Curran notes.

Blockchain can be very slow

Much has been made of the capability of blockchain to replace global money transmission networks, taking the banks and others out of the equation and leading to some kind of utopian financial democracy. However, the larger the blockchain network, the slower it gets. The bitcoin network is capable of handling between 50 and 100 transactions per minute as opposed to the hundreds of thousands with the Visa and MasterCard network can process. That’s because of the way blockchain works, larger networks require more nodes to authorise a transaction and that slows it down. It is a fundamental design flaw of the technology and as yet there is no known way for it to scale up to compete with global payment systems.