The association now has over 400 members, who benefit from networking events and ideas exchanges 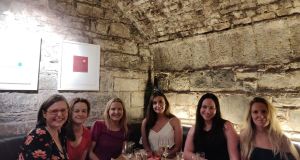 ‘There were six of us who came together initially . . . and we were all keen to learn from the fantastic female trailblazers in the industry and to assist other women in a similar position to do the same.’ 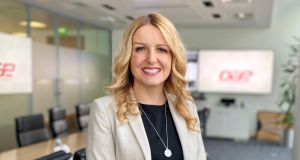 Co-founder of PropelHer Lisa Lyons: ‘We help our members primarily through the organisation of quarterly events.’

The idea of a professional network for women working in aircraft leasing started after an industry conference in 2016, explains Lisa Lyons, co-founder of PropelHer.

“When I started going to industry networking events around four years ago, I was surprised to see how male dominated they were. I realised that while there are plenty of women working in aviation finance they tend to be in more back office roles such as accounting and legal,” she says. “These roles generally have less reason to attend conferences.”

Lyons is vice-president trading with DAE Capital, the leasing division of Dubai Aerospace Enterprise (DAE) Ltd, one of the largest aircraft leasing companies in the world. Based in the Dublin office, she is responsible for executing DAE’s trading strategy for its 350+ owned and serviced Airbus, Boeing and ATR aircraft.

“There were six of us who came together initially, we all would have been relatively midpoint in our careers. Together we represented a good cross-section of companies and roles, we were from trading, airline marketing, HR, technical, and insurance positions,” she says. “And we were all keen to learn from the fantastic female trailblazers in the industry and to assist other women in a similar position to do the same.”

Since 2016 PropelHer has grown to more than 400 members, who benefit from the association’s networking events and ideas exchanges. “We help our members primarily through the organisation of quarterly events which provide networking opportunities to women in the industry. Particularly for those who have have fewer networking opportunities, such as women working in accounting or legal,” says Lyons.

“The group is open to women throughout the sector, at all levels of experience. It gives us a forum to exchange ideas, opinions and experiences around topics relevant to the aircraft leasing industry. And it gives access to some of the fantastic industry leaders, both male and female, who inspire our members to further their careers.

“The initiative has been a great success, the reason I say that is that we have seen many of our regular attendees receive promotions and move forward in their career. It has been really amazing to see that progression for people.”

As well as success for individual members, the group has been successful in garnering support from partners in the industry.

“We don’t charge a membership fee and we organise the events voluntarily, so we are entirely reliant on the support of the leasing industry partners who host our events and help us to run them. We have been delighted with the response from many leasing companies and various other major global companies such as BDO, who have hosted our Christmas event for the past three years, Facebook and Twitter who have been very supportive both financially and conceptually,” she says.

“We also link in with some of the other fantastic organisations with similar objectives such as AWAR (Advancing women in aviation roundtable), IAWA, and Women in Aviation. We are in regular close contact with them, and leaders of those organisations have attended and spoken at some of our events and vice versa, and we are constantly looking for ways to work together.”

With support from the aircraft leasing firms as well, Lyons sees PropelHer as part of a shift in the industry.

“Aircraft Leasing used to be very male dominated but it is becoming less so, and we are seeing women moving through the ranks more often. Companies are having to raise the bar in order to be the best. That requires hiring and retaining the best people which requires selecting from 100 per cent of the population and thinking outside the box”