World View: Politicians must not hide behind scientists 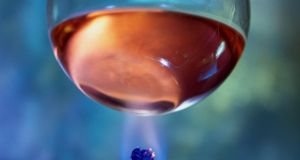 The scientists leading the global crisis response are at pains to stress the limitations and volatility of their projections.

Be wary of the politician who responds to criticism by claiming to be following the science. Just as generations of public figures have learned that they can evade scrutiny or shut down a discussion simply by invoking legal advice or citing (invariably unspecified) constitutional obstacles, many world leaders have co-opted “the science” as a rhetorical shield against impertinent questions about their handling of the Covid-19 pandemic.

This is not to say that public health responses should be driven by anything other than the best scientific analysis. Some of the most alarming outbreaks of the virus have occurred in countries where specialist advice has been sidelined or overridden by partisan politics. The danger, rather, is that by holding epidemiological modelling up as a conclusive, value-free manual for the eradication of the novel coronavirus, and thereby denying the uncertainty and contingency that necessarily lie behind our public health strategies, politicians make it harder for themselves to adapt and shift course as our understanding of the new disease deepens. Just as importantly, to imply that scientific advice is all that matters is to deny the importance of a vital ingredient in the pandemic response: sound political judgment.

A remarkable aspect of the crisis has been the immense mobilisation of the global scientific community, which has united across borders and research fields to build our understanding of the new virus and make rapid progress on the development of a vaccine. That work is still at an early stage; every day we learn more about how the virus behaves and how the body responds, but big gaps in our knowledge remain.

The crisis has upended some assumptions about pandemic response. Many western experts long doubted that tools such as contact tracing, community testing, isolation and quarantining could be effective against a respiratory infection. None of those things are used against the flu because they require a lot of time and resources and these infections move fast. Some states came late to the idea of test-and-trace in the current crisis. Others, including Britain, resist it still.

But while most western health emergency plans, including Ireland’s, were based on the assumption that a flu was the most likely cause of a pandemic, Asian states such as South Korea and Singapore, having learned tough lessons from the Sars and Mers outbreaks, had plans that were better adapted to Covid-19 and were able to make quick tactical decisions on testing and community surveillance.

If diverging public health assumptions are one reason for the variety of scientific advice, cognitive bias may be another

If diverging public health assumptions are one reason for the variety of scientific advice given to governments, cognitive bias may be another. In Britain, according to investigative reporting, the scientific committees that advised Boris Johnson did not even study, until mid-March, the option of stringent lockdowns similar to that imposed in China from late January onwards.

The reason? They assumed the British people would not put up with such draconian measures.

“We had milder interventions in place,” John Edmunds, a professor of infectious diseases and an adviser to the British government, told Reuters, because no one thought it would be acceptable politically “to shut the country down”. He added: “We didn’t model it because it didn’t seem to be on the agenda.”

In the ensuing debate in Britain, some have suggested that the government was overly reliant on epidemiologists or placed too much store on modelling that was by definition skewed by underlying assumptions (the influential Imperial College model that informed early Downing Street planning did not allow for the possibility of identifying asymptomatic cases through testing and tracing, for example).

“All models are wrong, but some are useful,” said the statistician George Box. But the point is not that experts can get things wrong – that’s inevitable. The point is that any system needs to allow for fallibility, biases and even groupthink. It needs politicians to interrogate and probe the advice they receive, and it needs a certain level of transparency so that the thinking driving major national decisions is open to challenge.

Politicians are less comfortable admitting to limitations; listen to how Johnson says Britain will be fine because it has 'the best science'

The scientists leading the global crisis response are at pains to stress the limitations and the volatility of their projections. A reassuring aspect of the Irish response has been the willingness of the National Public Health Emergency Team, led by chief medical officer Tony Holohan, to admit to mistakes – as they did when they prematurely widened testing eligibility criteria. Politicians are less comfortable admitting to their limitations; listen to how Johnson says Britain will be fine because it has “the best science”.

But by over-selling our scientists’ ability to steer us out of the crisis, we jeopardise public trust in science in the future. And by hiding behind the scientific community, pretending that they are merely “following the evidence”, political leaders are denying the real dimensions of the balancing act they face. Confronted with a terrifying virus that nobody fully understands, politicians face not a technocratic problem but a set of life-or-death moral and ethical dilemmas that lie far beyond the range of the best mathematical model.

1 Covid-19: Seventy cases in Cork traced to local pubs and restaurants in recent weeks
2 Eighteen revelations from a trove of Trump tax records
3 Olivia O’Leary: If you move to Carlow, there are things you’ll have to get used to
4 Graham Norton: ‘I wanted out, out, out of Ireland’
5 Hello Eir, is anybody there? Four unhappy customers complain
Real news has value SUBSCRIBE