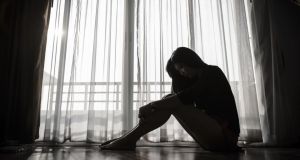 This time of year can be difficult for many of us. People struggle with financial stresses, unrealistic holiday expectations, memories of past hurts, bereavement, loneliness and the sheer darkness of the season. At such times, it is more important than ever to reach out and to look after our mental health and wellbeing.

We are fortunate that there is such a range of support available, from voluntary organisations such as the Samaritans, Console, Pieta House and local support groups, to the network of professional counsellors available to medical-card holders through their GPs, to a system of specialist mental healthcare for people in severe distress provided by the staff of the Health Service Executive (HSE).

When people do seek help, it is vital that there is good-quality mental healthcare easily accessible in their local area. However, the legacy of decades of neglect, followed by tough cuts during the recession, have left a mental health system cracking under pressure, with staffing still 22 per cent below the recommended level. Since September, the HSE’s mental health service for older people in Donegal has been closed and is now returning referral letters unopened due to the lack of a consultant psychiatrist. Elsewhere, people who are feeling suicidal are sitting in A&E departments for upwards of eight hours waiting for support.

The Government has delivered on some of its commitments. Successive budgets since 2012 have included allocations for mental healthcare, though spending delays have meant that the HSE is yet to realise the full funding available. The Mental Health Act 2001 has been reviewed in light of current human rights standards, and the Government has made a commitment to drafting legislation that will give effect to its findings.

Finally, the term “unwilling” has been deleted from this Act, which means that people will not be given electroconvulsive therapy, or medication beyond three months, against their capable will. GPs can refer people with medical cards for counselling instead of having only medication to offer. The Government has published a new suicide-prevention strategy, Connecting for Life, which reflects a cross-departmental approach to this national concern.

The next government can take action to improve our mental health system. Mental Health Reform, the coalition to which I belong, has published an election manifesto suggesting steps to improve the nation’s mental health.

We need a timelined, resourced, whole-of-government action plan to reform the mental health system. We need to build up the capacity in primary care to deliver mental health support, both through the Counselling in Primary Care service and by employing primary-care mental health workers. We need early intervention for children at risk of developing emotional and behavioural difficulties, and a schools programme to build children’s resilience.

We urgently need updated mental health laws, so that anyone can feel confident their rights will be protected when they enter an inpatient unit.

We need to ensure access to housing and visiting support for people who use mental health services, so that they don’t end up homeless, and to reduce the number of people with a mental health disability outside the labour force, so that they can truly be equal participants in Irish society.

It’s time for all of us to make mental health an issue on the doorsteps, to remind candidates to make it a priority. If we don’t, we will have missed the opportunity to make the wellbeing of our people central to this country’s recovery over the next five years, and maybe even for the next 100.

Follow the campaign on mentalhealthreform.ie. See also yourmentalhealth.ie. The Samaritans freephone number is 116123