Una Mullally: Music’s #MeToo moment will be much more difficult to handle 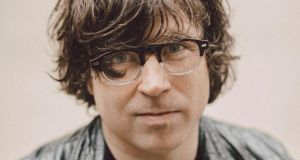 ‘I am not surprised by the allegations against Ryan Adams.’ File photograph: Elizabeth Weinberg/The New York Times

My approach to writing about music is to do it up close. This approach is not for everyone. Many critics – and there is no right or wrong to this – flourish in the distance. Detaching oneself can be very useful for maintaining impartiality and making sure the compass of one’s critical faculties is not left unmoved by proximity. I understand that. But it’s not my approach. Writing about music, which I began properly in print 20 years ago at the age of 15, has given me my career, and so no matter which paths I wander down, I am, first and foremost, a music journalist. That muscle will never unflex. It is my most honed one.

I heard Ryan Adams’s first two records – Heartbreaker and Gold – when I was coming towards the end of my school years. They are brilliant albums. Come Pick Me Up was like the sequel Dylan never wrote to Buckley’s Lover, You Should’ve Come Over. Then, released just a few days after 9/11, Gold began with the rallying call: “Hell, I still love you New York!”

1 Blackrock and Mulhuddart: How Covid-19 affected two Dublin suburbs
2 Traffic chaos as ‘singing and dancing’ woman stops car in middle of motorway
3 Political focus shifts as Government desperately tries to avoid new lockdown
4 Mary McAleese: ‘I’m a bit of an ’oul interrupter. That’s what I hope to be’
5 Covid-19: Fears grow over increased restrictions for cities and local areas
6 Miriam Lord: Restricted movement for Leo as Micheál finds his stride
7 Michael Harding: ‘Do I know anything? Very f**king little’
8 Ross O’Carroll-Kelly: ‘I’ve never been much of a conversationalist, but I’m on fire with this woman’
9 In this strangest of recessions, what happens next for Ireland?
10 David McWilliams: The better the economy does, the more Covid-19 spreads
11 Brendan Gleeson as Donald Trump: ‘A mediocre impression and possibly a great performance’
12 Two turnkey homes for sale on same street as owners leave Dublin
13 Coronavirus: State at ‘tipping point’ in Covid-19 struggle, says expert medic
14 Legislation to impose strict carbon-emission limits to be in place by Christmas
15 Covid-19: Contact tracers to start looking into where people are infected
16 Trump to nominate Amy Coney Barrett to Supreme Court, CNN reports
17 Bank of Ireland sees about 2,000 staff apply for voluntary redundancy
18 Dermot and Dave’s Dermot Whelan's mindfulness exposed as sly act of self promotion
19 How to fight the psychological fatigue of Covid-19’s second wave
20 Greystones locals pay tribute as well-known shopkeeper is laid to rest
21 ‘The top of my finger was gone’: Fireworks a clear and present danger in Halloween run-up
22 Michael O’Leary is the boss you want to lead an airline out of crisis
23 Matt Williams: The sky is not falling in on Irish rugby - but Ireland do need a new plan
24 Eamon Ryan interview: ‘Climate action is where the jobs are going to come’
25 Mary McAleese memoir: Fascinating, but not the full story
26 Susie Dent: ‘Jimmy Carr is incredibly rude to me. I took it as a compliment’
27 Rush for Baptisms, Communions, Mass before Donegal enters Level 3
28 Five lessons I learned preparing my house for sale
29 Dr Martin Feeley: Young and healthy majority need to be allowed to live
30 EPA calls for nationwide ban on smoky fuels in open fires and stoves
31 ‘To die of love’: The 1968 sex scandal that still fascinates France
32 Dr Anthony Fauci tells Late Late Show he and Trump get on well despite Covid-19 tensions
33 Pat Leahy: What Ireland can learn from the Germans
34 Fears grow over restrictions in cities as Donegal and all colleges enter Level 3
35 Best Covid-19 ‘influencers’ will avoid hectoring
36 Ireland faces devastating blow due to our failure to develop ferry services to Europe
37 Fintan O’Toole: Covid-19 pandemic might be good for the arts – eventually
38 All third level colleges moved to Level 3, most tuition moved online
39 Third attempt begins to fill chief State pathologist role
40 Only someone who wouldn’t miss €50 a week would cut the PUP
Real news has value SUBSCRIBE