The Supreme Court has unanimously dismissed an appeal by a boy from the Traveller community who challenged the refusal of his admission to the Christian Brothers High School in Clonmel, Co Tipperary in 2009. Kitty Holland reports. 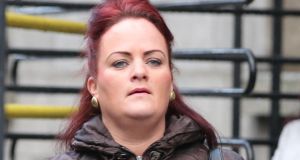 ‘The court unanimously dismissed an appeal brought by the boy’s mother, Mary Stokes (above) on behalf of her son.’ Photograph: Collins Courts.

Significant issues concerning indirect discrimination in Irish law are raised by this week’s Supreme Court ruling in a case concerning whether John Stokes, a boy from the Traveller community, should have been admitted to the Christian Brothers High School in Clonmel in 2009.

The court unanimously dismissed an appeal brought by the boy’s mother, Mary Stokes on behalf of her son.

The nub of the case revolves around what is meant by indirect discrimination under the Equal Status Act 2000, as amended. The court’s decision also has implications for employment equality legislation as similar wording is used in that field.

Direct discrimination is where a person is treated less favourably on one of the nine grounds in the legislation, which include membership of the Travelling community. The boy’s mother did not argue that there had been direct discrimination. This was probably because, for example, there was no general defect in the manner in which the admissions process was administered, and no directly discriminatory policy in place.

In relying on indirect discrimination, Stokes was arguing that “. . . an apparently neutral provision puts a person [in one of the nine categories] at a particular disadvantage compared with other persons, unless the provision is objectively justified by a legitimate aim and the means of achieving that aim are appropriate and necessary”.

What is most striking about the Supreme Court’s approach to the case is that the main judgment hardly refers at all to European or other case law on the meaning of indirect discrimination. The court considers this to be an issue of statutory interpretation and interprets the 2000 Act in isolation from the employment equality legislation and the related European Directives and case law.

It also makes no reference to the European Convention on Human Rights.

There are possible justifications for this, but they are not articulated in the judgment. Even as regards the Irish Constitution, it is barely referred to in the main judgment (and then only as regards the issue of whether an appeal lies to the Supreme Court in these cases).

As regards the issue of indirect discrimination, the court alters to some extent the questionable interpretation of the 2000 Act by the High Court, which had found that a policy could not be indirectly discriminatory if it put people other than Travellers at a disadvantage.

National statistics showed that the likelihood of a typical potential secondary school pupil from the Travelling community having a parent who attended any secondary school was very substantially less than that applicable to a non-Traveller. The court found that these national statistics were insufficient to show particular disadvantage in this case.

Statistics for a number of years, specific to Clonmel, would be needed, and not just figures regarding what happened to John Stokes, who was the sole Traveller applicant to Clonmel High School in 2009.

The court also emphasised that “the proper question” had not been asked in earlier decisions. In those earlier decisions, the tribunal and courts should have looked at the cumulative effect of various aspects of the school’s admission policy, not just the preference given to boys with fathers who had attended the school.

This was a case where the court could have reached a different conclusion and found that the national statistics together with evidence of what happened to this pupil were sufficient to find indirect discrimination.

It is acceptable in equality law generally to rely on national statistics to show structural inequalities, but the Supreme Court did not discuss general equality law. In fact, the current legislative definition of indirect discrimination was introduced to signal a move away from over-reliance on statistics generally. The Supreme Court might then have moved on to consider whether the school’s policy was objectively justified, ie pursuing a legitimate aim and using appropriate and necessary means for that aim.

This could have involved discussion of whether the policy supported the family ethos in education, strengthened family loyalty to the school or supported the characteristic ethos of the school, all of which were arguments raised at earlier stages.

The court could perhaps have considered remitting the case to the lower tribunal for a rehearing, which was done in NUI Cork v Ahern (2005), under different legislation, where the case was sent back to the Labour Court. Perhaps the court has an underlying reluctance to intervene in this area, given the sensitivities around schools admission policies.

It is true, in general terms, that the courts should respect the separation of powers and leave it to the Oireachtas to make major changes in policy.

On the other hand, in test cases such as this, courts have significant opportunities to clarify constitutional and human rights and apply them to real life situations. The court has, regrettably, chosen to take a narrower approach here.