Stephen Collins: Death of rural Ireland is a myth 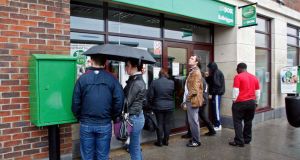 Far from demonstrating the poverty of rural Ireland, the decline in the use of post offices in villages and small towns reflects the fact that so many people living in the countryside are affluent enough to travel to big urban centres or modern supermarkets on the outskirts of towns to do their shopping. File photograph: Colin Keegan/Collins

Rural Ireland is suffering from neglect and decay according to a widely accepted narrative which has shaped public debate and politics at local and national level for some time. The only problem is that it’s a myth.

Not only does the evidence not bear out the story of rural decline it flatly contradicts it. As with many other issues when the facts expose the hollowness of conventional wisdom they are simply ignored.

14 Ken Early: It’s time for Alexander-Arnold to move to the middle

16 Hideki Matsuyama holds on to make Masters history for Japan

17 Pandemic relocation: The couple who abandoned Dublin for home in Co Mayo

21 Vaccines are scarce resources whose use we must adapt efficiently

22 Vaccination and modified behaviour point us back towards normality

23 Leo Cullen: ‘a good chunk of the guys who are injured will be back’

25 Philip Boucher-Hayes trips over his own intellect

27 If this is the apocalypse, why are so few of us eating each other’s flesh?

28 School homework: Does it have any benefit at all?

31 We would drop to our knees after our tea of soda bread, country butter and hang sandwiches

35 The extraordinary and turbulent early life of Prince Philip

38 Ireland’s Generation Rent: ‘After 12 years renting, I’d like my own front door’

40 Leaders are failing the young people of Northern Ireland