RTÉ has a long way to go on gender equality

The BBC is failing to live up to its own editorial mission to report the truth by denying it has a problem with gender discrimination on pay, its former China editor Carrie Gracie told the British parliament’s media committee. Video: Reuters 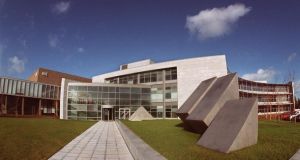 ‘The Mulvey report recommends that promotion opportunities be based on objective or justified grounds. This indicates that the RTÉ promotions process must become more transparent.’

When Canadian prime minister Justin Trudeau was asked why he appointed the first gender-equal cabinet in his country’s history, he replied: “Because it’s 2015.” The same reasoning can apply to closing the gender pay gap.

The matter has come to the fore now because women will no longer tolerate their work being valued less highly than that of men. The BBC’s long-time China editor Carrie Gracie quit her post in January in protest at being paid less than male foreign editors. Along with sexual harassment, equal pay is a defining issue for women and gender equality in the workplace.

Here, the spotlight has been on RTÉ. Of the top 10 earners, only two are women. Just as in the BBC, women in news and current affairs are paid less than male counterparts. This inequity is not confined to RTÉ: the overall gender pay gap in Ireland in 2017 was 13.9 per cent, according to the Central Statistics Office.

Government and Opposition appear to be at one in intending to make gender wage gaps more transparent. The national strategy for women and girls 2017-2020 includes actions to address the gender pay gap. These include requiring companies of 50 employees or more to conduct periodic wage audits and report on the results.

Senator Ivana Bacik and other Labour senators introduced a Private Members’ Bill on the gender pay gap in May 2017. It was given detailed consideration by the Seanad last October. If this Bill – the Irish Human Rights and Equality Commission (Gender Pay Gap Information) Bill– is voted into law, the commission will have the ability to oblige employers of 50 employees or more to publish the results of equality audits.

Here is the nub of the matter. The culture of secrecy that surrounds pay, especially at higher levels, is being challenged. The recent RTÉ report Review of Role and Gender Equality was conducted by Kieran Mulvey, former chief executive of the Workplace Relations Commission. The report shows a company trying to grapple with this issue. It provides some interesting facts and figures, and comes up with important conclusions on wage transparency. But it is neither a gender equality report nor an equal pay audit.

For a start, the report does not provide a meaningful gender profile of the organisation. It shows that there is an almost equal split between female and male employees, at 48 per cent and 52 per cent respectively. This is consistent across eight work sections, including radio and television.

However, the report does not give an overall picture of where women and men are in terms of seniority in these work groups. Yet, research shows that one of the common causes of a pay gap is the relative absence of women from senior decision-making roles. This underlines the importance of having a full profile of where women and men sit within the different sectors of an organisations.

The 4 per cent average gender pay gap which made the headlines from the report does not take into account the multiple conditions that shape female and male employment patterns. Part-time working, career breaks and other long-term leave all have an impact on earnings and can contribute to gender pay gaps.

Important, too, is the nature of the employment contract by gender – full-time, part-time, zero-hours. These factors need to be included in the pay modelling to arrive at an accurate picture of female and male earnings.

A review of gender equality involves examining the organisation’s policies and practices for gender bias. The Mulvey report recommends that promotion opportunities be based on objective or justified grounds. This indicates that the RTÉ promotions process must become more transparent.

This is a welcome point. It will require the organisation to monitor closely a range of data with a bearing on promotion prospects.

Special pay arrangements, contracts or other ways of rewarding talent should be scrutinised for gender bias

These include gender-related data of promotions applications and outcomes, maternity leave policies and return data, paternity and paternal leave policies and take-up by gender. All are basic elements for any organisation to interrogate the extent to which it is addressing the gender pay gap.

An equal pay review would take account of the practices and patterns of staff hiring and pay on appointment. There is plenty of evidence and experience to show that women are often appointed at lower salary points than men for the same or similar work, compounding existing pay inequalities then and into the future.

There are also gender differences in retention packages, bonus payments and other informal salary-boosting remunerations that institutionalise gender pay gaps. The Mulvey report is silent on this point. Special pay arrangements, contracts or other ways of rewarding talent should be scrutinised for any gender bias.

In the coming months, businesses and organisations will be addressing the challenge of understanding the factors leading to their specific gender pay gap. This is an area where women within the organisation can and should have an influence on the solutions. Although the conversations may be difficult, the outcome would be gender-fair and equitable workplaces.