As clergy die, who will replace them? Without priests, there can be no Eucharist 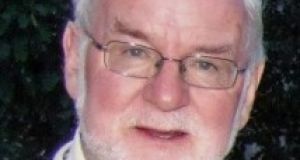 Fr PJ Byrne’s death anticipates the passing of a generation of diocesan priests who emerged in the years after Vatican II, full of the enthusiasm and anxious to make a difference in the lives of their parishioners.

On February 7th, the parish priest of Kilcock and Newtown in Co Kildare, Fr PJ Byrne, died suddenly. Earlier he had travelled to witness a Kildare victory at Newbridge. That evening as he went for his customary walk, a parishioner picked him up noticing PJ was struggling a bit.

Fr PJ passed away peacefully in the car. He was 69 and still active in ministry. Had he lived it is likely he would have had to work another six years. His demise anticipates the passing of a generation of diocesan priests who emerged in the years after Vatican II, full of enthusiasm and anxious to make a difference in the lives of their parishioners. PJ certainly achieved that.

He officiated at the joyful moments such as Baptisms, First Communions and weddings, as well as overseeing the painful ones associated with death and loss.

Funeral Masses tend to be tense and sad occasions, especially when the deceased are young victims of suicide, road accidents or terminal illness. Attending such ceremonies in Kilcock, I marvelled at how PJ managed to be sensitive and compassionate.

There was never a rush to judgment, never a false note in his homilies. I know that his words during the Mass and in the days preceding it brought much solace to the bereaved. He will be sadly missed.

A contemporary of PJ’s in Maynooth and one of the founders of the Association of Catholic Priests (ACP) in Ireland, Fr Brendan Hoban has regularly highlighted what he views as the current crisis in the Irish church.

In his thought-provoking 2013 book Who Will Break the Bread for Us? he relates how during a meeting of the ACP in 2012, Fr Denis Crosby, parish priest of Liscannor, Co Clare, unpeeled layers of pretension that seek to minimise and sometimes deny the prevailing crisis in the Irish Catholic Church by asking who would say Mass for the people in another decade or two.

Fr Hoban’s words came back to me at Fr PJ’s removal. I wondered how long more can parishes like Kilcock and Newtown have a priest? Will it go the same way as rural Garda stations and post offices, with reduced services and closures the norm?

What plan does the church hierarchy have to deal with what is coming down the line?

If there are no priests, or far fewer priests, it stands to reason that celebrating the sacraments, which are the cornerstone of Catholic practice, will dissipate in certain parishes and disappear altogether in others.

In his 2012 book Catholiques et Bretons Toujours? the renowned Breton historian Jean Rohou described the 2011 funeral service of his brother, an anti-clerical unbeliever. It was conducted as a religious ritual at the insistence of his children because this was in accordance with local custom.

There was no priest at the service, but there were readings from the Gospel, poetry recitations and prayers. Rohou found it uplifting to be surrounded by a community of 70-something-year-olds who had shared a childhood nourished by religious ceremonies.

When thinking back on why they all sang the Breton hymns with such gusto, Rohou reflected they must have sensed vaguely this burial marked in some way the disappearance of their world, their language, their religion.

Rohou’s description brings into sharp focus the scenario faced by the Irish church in the very near future, when the absence of skilled pastors like Fr PJ Byrne will be keenly felt.

Who will break the bread for us then? Who will supply the comforting words? It may well not be a priest, which would be a pity in my view.

Eamon Maher’s latest book, co-edited with Eugene O’Brien, Tracing the Cultural Legacy of Irish Catholicism: From Galway to Cloyne, and Beyond, will be published this year by Manchester University Press

1 Coronavirus: One more death in Republic as expert warns house parties are ‘disaster’ for containment
2 ‘Frustrated and angry’: Thousands march in Dublin to protest death of George Floyd
3 Normal People: Full-frontal nudity was not its most radical feature
4 Should my mam wait for house prices to drop before buying?
5 Covid-19: Easing of restrictions ‘unlikely’ to be speeded-up
Real news has value SUBSCRIBE