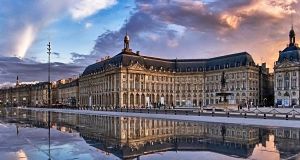 As directly elected mayor of Bordeaux, Alain Juppé turned an area earmarked for an expanded roadway into a linear park with a vast “water mirror”.

People living in Cork, Limerick and Waterford who vote in plebiscites this month on proposals for directly elected mayors should be under no illusion about the Government’s intentions. Because what’s on offer this time is not devolution of power, but rather mere political window-dressing that will make no difference whatsoever to the very limited range of functions exercised by local authorities.

Guidelines issued by the Department of Housing, Planning and Local Government barely mention powers at all. Instead, they refer to directly elected mayors as having “functions”, “duties” or “responsibilities” – a clear sign that Ministers and mandarins have no intention of giving these new figureheads real powers. Indeed, they may not even be given all of the functions exercised by the councils’ chief executives, only some of them.

Neither would the democratically elected mayor have any role in transport policy. “It is not expected that having a directly elected mayor, as envisaged in the Government’s policy paper, would have any material effect on the functions and organisational structure of any other statutory body” such as the National Transport Authority or Transport Infrastructure Ireland, according to the guidelines. He or she would merely liaise with these bodies.

Mayors would be responsible for a “significant amount” of the executive functions currently exercised by chief executives. They would also “prepare and oversee delivery of” a programme of office, a corporate plan and an annual service delivery plan, and be responsible for ensuring that the chief executive implements these plans effectively as well as chairing a joint policing committee and representing the council locally, nationally and internationally.

Compare that pathetic list of “functions” with the real powers that Alain Juppé had as the directly elected mayor of Bordeaux since 1995 until he retired in March at the age of 73.

Indeed, he is credited with having transformed France’s sixth-largest urban area from a drab, traffic-choked “sleeping beauty” into the vibrant, highly successful city it is today, with trams sailing through its historic core without any overhead power lines, poles or utility boxes.

When he was first elected, Juppé immediately scrapped plans pursued by his old Gaullist predecessor, Jacques Chaban-Delmas, for an underground rail system and a 10-lane roadway along the Garonne, separating the city from its river. Instead, he won public support for a three-line, light-rail network and held a design competition to turn the area earmarked for the expanded roadway into a linear park with a vast “water mirror” as its cherished centrepiece.

Construction of the 44km CUB (Communauté Urbaine de Bordeaux) tramway started in 2000 and was finished in 2005, far quicker than Dublin’s first two Luas lines. And even though there were teething troubles with the innovative alternative power system, these were ironed out and it’s working so well today that three other French cities – Angers, Rheims and Orléans – have adopted it.

Sandstone neo-classical buildings that had been turned sooty black by air pollution over the years have nearly all been cleaned, thanks to owners being encouraged to power-hose them with the aid of grants from the city council. The historic core, where traffic has also been tamed, was designated as a Unesco World Heritage Site in 2007. By 2015, Bordeaux had been rated as the “most dynamic” in France, voted the “best place to work” by French people and the “best tourist destination in Europe” in a poll of 250,000 people across the continent – boosted by such new attractions as the Cité du Vin, Europe’s largest wine museum, or the biennial River Festival featuring sailing ships as well as the arrival of cruise liners mooring near the great architectural set-piece of Place de la Bourse.

Juppé also played a role in improving social housing in Bordeaux, notably the extraordinary transformation of three 14-storey slab blocks in Le Grand Parc, dating from the late 1960s and early 1970s, which won this year’s Mies van Der Rohe European Prize for Architecture (for which I was the only non-architect jury member). But he also earned strong criticism for having “gentrified” the city, with poorer people squeezed out by rapidly rising property prices.

He earned criticism for having 'gentrified' the city, with poorer people squeezed out by rapidly rising property prices

Bordeaux has become so attractive that even Parisians have been moving there. This trend, aided by a reduction in journey times on the TGV high-speed train to just two hours, has even sparked a “Parisians go home” movement, led by the self-styled, tongue-in-cheek Bordeaux Liberation Front Against Parisianism. No doubt Corkonians would take a similarly jaundiced view if Dubliners were to begin relocating to the “southern capital” in any numbers.

But that’s not likely to happen any time soon – or at all really. Cork may have saved its city council and had its municipal boundaries extended, but its economic success depends on having a directly elected mayor with real power, such as Alain Juppé exercised in Bordeaux for nearly a quarter of a century. It won’t have anything like that, however. Yet again, the Government is codding us that devolution is now on the agenda, when the truth is that it isn’t.

Dubliners and Galwegians will have to wait to vote until next year. In Dublin’s case, the delay is due to a need to finalise the relationship between a directly elected mayor and the city and county’s four local authorities, while in Galway it’s due to a plan to merge the city and county councils, as has been done in Limerick and Waterford, devaluing their cities. All of this is part and parcel of Ireland holding the dubious honour of being Europe’s most centralised state.