Nollaig na mBan: Women care all the time, but do we really care for women?

Abortion, domestic violence and equal pay are all issues that must be addressed in 2017 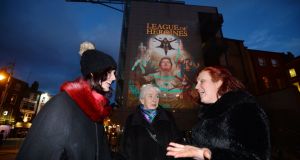 On Nollaig na mBan, when women traditionally take a rest and get together to celebrate their Christmas while men do the housework, it is an important day to highlight the inequalities women still face.

This year Nollaig na mBan has increased significance, as the Government has started consultations for the new National Women’s Strategy 2016 - 2020, and they will be scrutinised by the UN under the CEDAW Convention on their record to tackle discrimination against women.

Women have a real opportunity to have our voices heard in shaping the future for gender equality.

One of the major issues we must address is that we do not care for women who need to terminate a pregnancy.

Abortion was one of the biggest political issues for women in 2016, with over 13,000 submissions to the Citizen’s Assembly, and it will continue to be as the Government is under pressure to set a date for a referendum to repeal the 8th amendment.

The Eighth Amendment is a clear statement of how we do not value women and the choices they make.

It reduces women to being incapable of making the best decisions for themselves and those around them.

It harks back to an Ireland that kept women hidden, that locked them away and took their children from them, all because they would not fit in with the societal norms of what was the ideal woman and mother.

We have the unique opportunity now to show that Ireland has changed and that we want a different country for our daughters.

If repealing the 8th amendment is a key factor for women’s equality in 2017, so too is ending men’s violence against women which at least one in five women will experience.

Last year saw a welcome emphasis on awareness-raising, but we need concrete actions.

Domestic and sexual violence and abuse is not a random or inevitable event, but it is a cause and a consequence of women’s inequality. Unless we accept this, we will undermine services that support women to recover, and we will have no success in preventing domestic abuse.

With an average of one woman a month being killed in Ireland, and with resolved cases showing over half of these women murdered at the hand of a partner or ex-partner, we must tackle the sexism and inequality within our culture that permits men’s violence to flourish, and that encourages shame and secrecy around the crime.

A combination of stronger legislation, clear data, increased effectiveness of State front-line services and significant investment of resources to increase women’s safety, is fundamental to get to the heart of the problem.

In order to meet the scale of gender inequality in Ireland, we need to recognise that the unequal burden of care between women and men impacts on women’s decisions in every sphere of life. As it stands, the costs of this care are borne mainly by women, so we can pretend this work does not come at a price. The failure of our policies to give visibility, value, and support to care work is a huge factor in economic inequality between women and men. Until care work is adequately valued and sufficiently resourced by the state, women will remain over-represented in unpaid and low paid work, and under-represented in high-paid work.

The gap between women’s and men’s earnings has increased in recent years to 14.4 per cent and the gender pension gap is even wider, standing at 37 per cent.

This year is flagged by the Government as the year for pension reform; enabling older women to live their years with a decent standard of living must be central to that reform.

Women’s access to pensions in Ireland was historically restricted and reflected the idea of the male breadwinner, which continues to underpin much of Ireland’s social welfare, taxation and employment policies.

Gender sensitive budgeting and social impact assessments in all aspects of government planning and spending can provide an opportunity to redress the inequality that has grown from previous budgets.

While it may seem that abortion, violence against women and women’s economic inequality are unrelated issues, in reality they are connected and dependent on how we value, prioritise and resource women’s equality and freedom to make choices in all aspects of their lives.

The new National Women’s Strategy provides a real opportunity to be ambitious and robust in addressing these key issues. This is a real chance to make a difference to the lives of women in poverty, Traveller women, migrant women and women in all their diversity. Its plan must be concrete and measurable, and take into account the diversity of women’s lived experiences, so that in 2020, we can look back from a very different Ireland.

Orla O’Connor is Director of the National Women’s Council of Ireland (NWCI).