Olivia de Havilland: Classy actress who took on the studio system and won 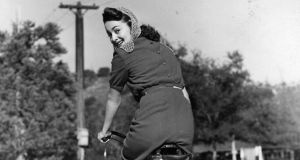 Dame Olivia de Havilland, who has died aged 104, was one of the last surviving cast members of Gone with the Wind (1939). Her portrayal of the saintly Melanie Hamilton earned her an Oscar nomination for best supporting actress and, to the modern eye, while Vivien Leigh’s Scarlett now seems mannered, de Havilland’s precocious maturity is still touching.

She was four times nominated for a best actress Academy Award, and won twice, for To Each His Own (1946) and The Heiress (1949). But her impact on her industry extended far beyond her acting ability. Her sufferings under the restrictions of the notorious Hollywood studio system pushed her to take her employers, Warner Brothers, to court. It cost her several years of her career, but her victory – still referred to as the “de Havilland decision” – changed irrevocably the way that actors would be treated by studios.

De Havilland had originally been signed to a seven-year contract at Warner Brothers just as the studio, also home to the director Michael Curtiz and leading man Errol Flynn, was exploring a new physical freedom on sound stages and locations to create a series of swashbucklers.

She began to build a quiet strength and was loaned out to David O Selznick at his request to play the virtuous Melanie in Gone with the Wind. Then, determined not to go back to being “the girl” at Warners, playing ingenues, she rebelled, refusing to take the parts offered to her, and found herself suspended for six months.

She returned to work in The Strawberry Blonde (1941), cast as a plain woman (no prosthetics – plainness was implied in the script and by severity of hairdo) alongside Rita Hayworth, and in Hold Back the Dawn (1941), as a schoolmarm who is a suave con artist’s ticket to a US visa. She was nominated for an Oscar for that.

When her seven years at Warners ended after Princess O’Rourke (1943), the company would not release her, adding her periods of suspension to her contract. “You were a great celebrity but also a slave,” she said, so she read the small print and sued Warners under old Californian laws that prohibited employers from treating workers as serfs. She won and the de Havilland decision, along with a judicial ruling fought for Bette Davis, ended the old studio system by limiting contracts to a total of seven years, suspensions included.

The battles lasted for three years, and, kept off-screen throughout, de Havilland toured US military hospitals in the Pacific where she talked to and comforted wounded service personnel. After her court win Warners warned other studios off her, although she eventually found work at Paramount.

She returned in 1946 in To Each His Own, as the mother of an illegitimate child whose father had been killed in war, and who had turned over the baby for adoption. De Havilland’s good sense tempered the drama’s weepiness, and she won her Oscar at last.

In The Dark Mirror, the same year, she played rivalrous twin sisters – a Hollywood in-joke, for de Havilland’s younger sister, Joan Fontaine, had made a slower professional start, but had beaten her to an Oscar. (The sisters were estranged for most of their adult lives.)

De Havilland went on taking risks: she played a psychiatric patient in Anatole Litvak’s The Snake Pit (1948): meant as a plea for humane treatment in asylums, it now looks as crude as the shock treatment it advocated.

She won her second Oscar in 1949, for William Wyler’s The Heiress, an adaptation of Henry James’s novella Washington Square. Near the end of the film, de Havilland, bundled up in knitted mittens and tippets to conceal her natural glamour, addresses Montgomery Clift, playing a fortune-hunter who years earlier failed to elope with her.

She refuses him another chance. She can be cruel, she says: “I’ve been taught by masters.” You don’t quite believe the cruelty, but you do believe the strength behind the delivery. De Havilland was accused of being unsympathetic, but it took nerve to play a woman who achieves a solitary dignity only after being derided and rejected by father and would-be lover, and it was one of her finest roles.

De Havilland was just into her 30s, yet her career was petering out; her hard-won savvy was not overtly sexual enough. She was offered Blanche DuBois in A Streetcar Named Desire, but felt uncomfortable with the lewdness in the role, which went to Leigh. Fontaine had broken through in Daphne du Maurier’s Rebecca; de Havilland’s du Maurier film, My Cousin Rachel (1952), was more like a valediction.

She appeared on Broadway as Juliet in 1951, more plausibly as the Shavian wife Candida in 1952, and returned, alongside Henry Fonda, in A Gift of Time, in 1962.

Born in Tokyo, Olivia was the daughter of British parents, Lillian (nee Ruse), an actor, and Walter de Havilland, a patent lawyer related to the family of aviators. After separating from Walter, Lillian took the three-year-old Olivia and the infant Joan to California. Her paternal family originated in the Channel Islands; her cousin Geoffrey was the aircraft designer responsible for producing the famous second World War plane the Mosquito.

Olivia went to a convent school and, at 17, was spotted in a college production of A Midsummer Night’s Dream. The director Max Reinhardt, on the lookout for girls with appearances classier than the local cheerleader norm, cast her as Hermia in the same play, first live in the Hollywood Bowl and then in the Warner Brothers film of 1935. “You are my discovering!” he boasted.

De Havilland had early been a member of the screen actors’ union and was a staunch liberal, campaigning for Franklin D Roosevelt and Harry Truman; in 1958 she was called before the House Un-American Activities Committee, then in its dying throes. The US gave her the National Medal of Arts in 2008, France made her a chevalier of the Légion d’honneur in 2010, and in 2017 she was made a DBE.

In the docudrama series Feud: Bette and Joan (2017), chronicling the rivalry between Davis and Joan Crawford, de Havilland was portrayed by Catherine Zeta-Jones. The real-life de Havilland objected to how its creators “used my identity without my consent and put false words in my mouth, including having me publicly calling my sister, Joan Fontaine, a ‘bitch’.” But in March 2018 a California appeals court dismissed her lawsuit on grounds of free speech.

There were romances with James Stewart and John Huston before she married, in 1946, and divorced, in 1952, the novelist Marcus Goodrich, with whom she had a son, Benjamin, who died in 1991.

She met Pierre Galante, then editor of the magazine Paris-Match, at the 1955 Cannes film festival, and moved to France after their marriage. They divorced in 1979, but she cared for him in his last illness in 1998. Their daughter, Gisèle, survives her.

1 Covid-19: Seventy cases in Cork traced to local pubs and restaurants in recent weeks
2 Eighteen revelations from a trove of Trump tax records
3 Olivia O’Leary: If you move to Carlow, there are things you’ll have to get used to
4 Graham Norton: ‘I wanted out, out, out of Ireland’
5 ‘I never suspected that, aged 29, I’d be lost’
Real news has value SUBSCRIBE