Ode to a Grecian sojourn – the enduring mystique of islands

An Irishman’s Diary: Getting a taste for Robinsonade, a 300-year-old literary genre 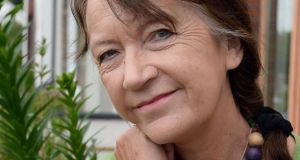 Éilís Ní Dhuibhne: speaking at the Islands of the Mind conference in June. Photograph: Eric Luke / The Irish Times

If you’re looking for a respectable excuse to visit Greece this summer, a conference in Corfu in late June may be just what you need. It’s called “Islands of the Mind” and is hosted by the local Durrell Library, where Richard Pine – a regular contributor to this newspaper – is director.

So the event will have a strong Irish element. It also promises to be “the most significant gathering for many years” of experts on the Durrell Brothers, Lawrence and Gerald, and other writers on Corfu.

But if you should require a quasi-medical reason to attend, you could always consider pleading “islomania”: an obsession with and/or irresistible attraction to islands. I know this is a thing, because it’s one of the conference themes, the full programme of which is at durrelllibrarycorfu.wordpress.com.

More of that anon.  Another related word I learned recently, is “Robinsonade”. Yes, it sounds like a soft drink, but in fact it’s a literary genre, which will be 300 years old in April, inspired by Daniel Defoe’s 1719 novel, Robinson Crusoe.

The full title of that book has not aged well, viz: “The Life and Strange Surprizing Aventures of Robinson Crusoe, Of York, Mariner: Who lived Eight and Twenty Years, all alone in an uninhabited Island on the Coast of America, near the Mouth of the Great River of Oroonoque; Having been cast on Shore by Shipwreck, wherein all the Men perished but himself.  With an account of how he was at last as strangely delivered by Pyrates.”

In other respects, however, Defoe was well ahead of his time. For one thing, his own, much catchier, name was a model of what we would now call rebranding. He had been born with the shorter, problematical surname Foe, before adding the prefix that brought with it both alliteration and a hint of aristocracy.

As for his most famous novel, it caught the popular imagination in a way that, thanks to many imitators, it has never relinquished. Inspired, probably, by such real-life castaways as Alexander Selkirk, rescued from his island exile a decade before, it in turn helped spawn Gulliver’s Travels (1726), as well as countless less distinguished books.

Classic Robinsonades include RM Ballantyne’s The Coral Island (1857), Kipling’s Jungle Book (1894), and Golding’s Lord of the Flies (1954).  The genre has continued into the 21st century via The Life of Pi (2001). En route, it has also become a staple of both big and small screens.

Reality TV would be bereft without it.  Among the many things Defoe has to answer for is I’m a Celebrity . . . Get me out of here. Its influence on culture – high and low – aside, Robinson Crusoe may have had more profound effects too. James Joyce thought it a textbook for the era of British colonialism, then in its infancy.  In a 1912 lecture delivered up the Adriatic coast from Corfu, in Trieste, he said thus:

“The true symbol of the British conquest is Robinson Crusoe, who, cast away on a desert island, in his pocket a knife and a pipe, becomes an architect, a carpenter, a knife grinder, an astronomer, a backer, a shipwright, a potter, a saddler, a farmer, a tailor, an umbrella-maker and a clergyman.  He is the true prototype of the British colonist, as Friday (the trusty savage who arrives on an unlucky day) is the symbol of the subject races. The whole Anglo-Saxon spirit is in Crusoe: the manly independence; the unconscious cruelty; the persistence; the slow yet efficient intelligence [. . .] Whoever rereads this simple, moving book in the light of subsequent history cannot help but fall under its prophetic spell.”

The wonder is that Crusoe has not yet been invoked by Brexiteers, even Boris Johnson, as the prevailing spirit of their project.  Mind you, there was a distinctly Brexity feel to comments in a 2016 book called Crusoe’s Island. Its author, a naval historian, lamented that “modern Britons are profoundly ignorant of their imperial past, having been systematically fed a very different identity, one of continental origin”. He also complained of a trend towards “fatuous apologies that reflect 21st century values”. Jacob Rees-Mogg might agree.

Anyway, the Brexit debate may offer yet another excuse to escape to Corfu, if not farther afield. The islands conference runs from June 24th to 28th.

Speakers from this island include the writer Éilís Ní Dhuibhne and UCD’s emeritus professor of psychology Ciarán Benson. Anyone interested in attending should contact durrelllibrarycorfu@gmail.com

4 TV guide: 20 of the best shows to watch this week, beginning tonight