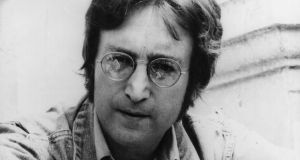 Long-time reader Damien Maguire has emailed with a raised eyebrow about my suggestion that the Hiberno-English “get” – as used by a political opponent to insult the RIC parentage of Noel Browne (Irishman’s Diary January 23rd) – means “bastard, more or less”.

Damien writes: “Growing up in Meath, ‘get’ was commonly used. In fact, I’m sure I was called one myself, but I thought it meant something like ‘impudent pup’. I haven’t heard it for years . . .”

Well yes, Damien, it can mean “impudent pup”. I’m sure I too was called it in that context a few times. And it can also often be said with affection, or near enough. In fact, speaking of pups, the Oxford English Dictionary has an insult-free sense of the word: “get, n. Begetting, offspring, (of animals, esp. in sporting talk”).

That usage has roots in the Bible, from the famous pedigree section of the Book of Genesis wherein it is recorded who begat whom, from Adam to Noah. And somewhere in between the Bible and the OED, meanwhile, the shorter version (still as a verb) turns up in Macbeth, where the Weird Sisters tease Macduff that “thou shalt get kings, though thou be none”.

There was no implication of illegitimacy there, clearly. I’m not sure when that meaning crept in.But it’s interesting that the g-word should feature in Shakespeare’s Scottish play, because in Scotland (like Ireland), the related insult is still pronounced “get”, mostly; whereas in England – or at least the south of England – it has long mutated to “git”, in the process losing any breeding connotations.

This was a subject for debate recently in, of all places, the Guardian crossword blog, where a cryptic clue for the word AGITATE was broken down as “a (A) term for contemptible fool (GIT) swallowed (ATE) shake”. In discussing git’s meaning, as defined there, the Guardian learned it had been used in the House of Commons at least once, in 1984, when a Labour MP described a Conservative minister as a “snivelling little git”.

This was ruled unparliamentary language then, causing the MP to protest that such “Cockney phrases” should be allowed.

But while the Guardian agreed that “git” was a Cockney phrase, it pointed to its parentage in “get”, and claimed that via Scotland it had gradually shifted meaning from “something you get, to a child, to an illegitimate child, to a term of abuse”.

“Git” is given as a secondary spelling of “get” even in Terry Dolan’s Dictionary of Hiberno-English (which defines the term as “brat, bastard”). And no doubt there are parts of Ireland where it is so pronounced, especially in the west, although Dolan’s conversational example is from Mayo: “You little get, come here till I catch hold of you!”.

As for England, I can think of at least one Liverpudlian of recent times who also preferred ‘get’ to ‘git’. Here’s John Lennon, in 1968, singing about insomnia: “I’m so-o-o tired/I’m feeling so upset/Although I’m so tired/I’ll have another cigarette/And curse Sir Walter Raleigh/He was such a stupid get . . .”

Still on three-letter words ending in “et”, I have long been fascinated by the fondness of many journalists – a fondness bordering on addiction – for using the term “set” in sentences where it serves no purpose.

The context, usually, is when reporting events of the near future. How many times have you read, for example, that “a man is set to appear in court today”, introducing a story wherein “a man is to appear in court today” would have covered the situation more than adequately? The habit is especially rife among headline writers, even though it’s an article of their faith that space is scarce and superfluity should be avoided.

Perhaps they think it adds an element of deniability in case the event doesn’t happen. Or maybe it just sounds more dramatic. It does, in fact, when combined with the other three-letter word: “get set” being the traditional prequel to the start of a race (a foot-race, that is, not the kind of race Adam started).

Still, I was vaguely annoyed as usual earlier this week to read a headline on the sports pages: “Billy Vunipola set to miss Six Nations”. My annoyance deepened as it became clear that there was no doubt about the story: he was definitely out. Here was just the sort of thing I meant.

But wait. Then I reflected upon the nature of his injury: a broken arm. Not only was he going to miss the Six Nations, he would indeed be set (we hope) while doing so.They had me on a technicality. Damn. I could only apologise to the headline writer and wish poor Billy well.