Noel Whelan: Spotlight on when evil came to door in guise of church 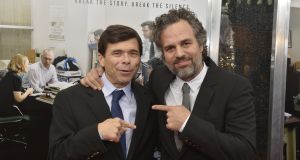 I got to an early screening of the new film Spotlight before Christmas. It was a fascinating and dramatic film, although it was disturbing on many levels. I think it will really have an impact in Ireland as people go to see it.

The film tells of the Boston Globe’s investigation into the cover-up of clerical sexual abuse in the local Catholic archdioceses. The similarities between what happened in Boston and what happened in Ireland at or about the same time are striking. The extent of the abuse and the cover-ups was the same.

The church on both sides of the Atlantic initially denied the problem existed. It then saw child abuse as a moral defect rather than a criminal activity. It placed offending priests on sick leave or shifted them from parish to parish. When in later life victims began litigation the church sought to buy silence in early settlements.

There was an organised pattern of resistance to disclose documents and records, and when these ultimately had to be handed over they revealed how the instinct almost always was to protect the institution above victims.

While generally in Ireland there is an appreciation of the scale of the scandal in the church, much of the details as depicted in the film will shock.

The film’s real power is in the manner in which, without being graphic, it manages to convey the horror of child abuse and the devastation in its wake.

The film captures well the “spiritual abuse” dimension. For families of deep faith (and of depressed or dysfunctional households) the fact that a priest takes an interest in them and the guidance of their son is seen as a wonderful thing.

“It was like God himself visiting us” is how one abused boy put it when speaking in later life to the Boston Globe team.

There is a particular devastation for families of strong faith who would have turned to the church for support when an illness or other crisis visited their household.

When their children were abused the evil came through their door in the guise of the church itself. Their faith was then abused as leverage to ensure their initial silence.

Throwing these small but significant sums around was designed to create the opportunity to perpetrate abuse.

Another aspect which the film confronts is how we all were (or at least our parents’ generation were) complicit in the cover-up of the scandals.

Those investigating the Boston story in 2002 confront journalistic colleagues who did or should have known of the scale of the scandal decades earlier.

The film also looks at the church’s responsibility for the formation and culture that shaped so many to abuse. In one scene a former priest who went on to become a psychologist points the investigating journalists to this aspect.

Some voices in the Irish Catholic Church have raised similar concerns. Writing in Furrow, a theological periodical published from Maynooth, and elsewhere an Irish priest-come psychoanalyst Fr Derek Smyth has written of how the seminary training introduces the seminarian into a unique “clerical culture”.

Even the language used, speaking of “formation” and “moulding”, reflects the extent to which clerical training has much to do with shaping personality.

Smyth says for many seminarians normal maturation never occurs, and their personalities are struck in a child-like arrested state.

He points also to how it “creates a culture of entitlement as the priest is transformed and therefore automatically entitled to respect and social advantage for simply being a cleric and not for any earned merit” .

This, Smyth speculates, is “probably the root cause for so much narcissistic behaviour amongst bishops and clergy”.

Spotlight is a great newspaper film akin to All the President’s Men. However, its real value for Irish audiences may be in reminding us of our clerical abuse scandals, and in compelling us to reflect on some of the lessons to be learned.