Cliff Taylor: Government would need to embark on a major programme of assistance for the companies affected 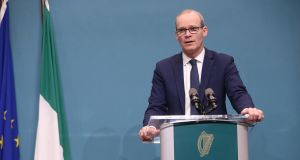 The Omnibus Bill on Brexit, published yesterday, is an important piece of work to prepare for a no-deal Brexit. But the big decisions lie elsewhere. How do we support the sectors worst hit? And what about the Border? There is an almost irresistible temptation among the political classes to reassure us that everything is ready, and it will all be alright on the night – specifically at 11pm our time on March 29th, when the UK is due to leave.

But if there is a no-deal exit everything isn’t ready – and it won’t all be okay, either here, in the UK or elsewhere in the EU. That this is the one thing which may lead to a no-deal being avoided or at least delayed tells us a lot.

If a no-deal Brexit does happen then the Government will be faced with really difficult choices made against a background of what will be a fluid and uncertain situation. We will get a foretaste of this in March, when the noise from businesses here and in the UK – and to an extent elsewhere – will reach a crescendo.

Businesses need certainty. But the political drama and uncertainty could well run now until an EU summit on March 21st – little more than a week before Brexit.

Part of the difficulty of getting our heads around Brexit is that it crosses so many areas. Yet the beef industry is at the sharp end, so let’s consider what it faces.

A lot depends on what the UK – the source of more than half of our beef exports – decides to do in setting trade rules after Brexit. And here balancing the needs of consumers, products and farmers is tricky.

Another option for the UK after Brexit would be to let in some beef free of tariffs or with a low tariff. There has been speculation that the UK will allow in roughly the same amount of beef as it currently imports with low or zero tariffs, with amounts above this facing the full WTO tariff.

If this happens then the key question would be how these quotas are divided between different countries. The risk for Ireland would be if we had to compete head to head with cheaper producers in South America. Yet letting in lots of cheap beef could also threaten many UK producers and farmers.

There has been some talk that the UK is targeting Ireland here, although I suspect it is more worried about its domestic constituency. Still, the risk to our sector – high tariffs or competition from low-cost producers – is real.

This is the kind of debate which is now going to explode in many different sectors. Ulster Bank reckons 45,000 jobs could be lost in year one, wiping out likely net job gains for the economy and causing upheaval in rural Ireland.

To offset this the Government would need to embark on a massive programme of aid and assistance for the companies affected, as well as wider measures for farming and rural Ireland. Europe may pay for some of this, but a lot would fall to the Irish exchequer, and we would require clearance to give State aid to sectors affected.

This kind of assistance to big sectors is contentious at EU level, not least because companies in other countries would look for similar supports. Talks are ongoing – and some progress has been announced – but getting wider clearance is a slow and political process.

And so, of course, could the Border issue, already a subject of tension between Ireland and the European Commission due to our refusal to outline what we would do to protect the single market in our no-deal planning. We would probably be given some leeway on the issue after a no-deal exit.

For now the Government’s hope seems to be that even in a no-deal the UK and EU would soon have to go back to the negotiating table, and that the EU will continue to back the case for the backstop as part of these ongoing talks – and for regulatory and customs alignment North and South.

This could happen. But let’s not pretend that somehow we can do without border checks between the UK and the EU for anything but a short interim period after a no-deal exit.

I expect Ireland will also come under increasing pressure on this one before Brexit day itself.

The political difficulty for the Government is that it has to start addressing these issues while it is still not clear that a no-deal Brexit it actually going to happen.

If you thought Brexit was dominating the news and the airwaves for the last while, believe me you ain’t seen nothing yet.

1 Girl (11) denies making up allegations of abuse by creche worker
2 Ireland-Italy rugby match due to be called off over coronavirus risk
3 Dublin man may have been stabbed to death by woman in parking space row
4 Father-of-three found guilty of murdering Patricia O’Connor
5 Irish in Italy on coronavirus: ‘The city is in a bit of panic – the streets are empty’
Real news has value SUBSCRIBE