Newspapers in peril as trends change in age of new media 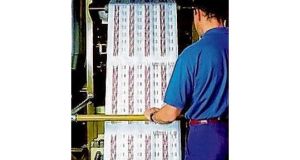 One advantage of big media organisations is that they have the size to mobilise populations when wrong is done, especially by the state. Now consider a world in which the state, freed from scrutiny by powerful watchdogs, seeks to control content.

Can the media as we know it survive the medium term? Probably not, writes ROY GREENSLADE

TO IMAGINE the media future, it’s important to take you on a trip into the media past and remind you of the media present. I plan to guide you on a journey to 2020, to what I’ll call the post-media age, but I need to set the scene with history and context.

News travelled slowly for centuries, going only as fast as human messengers could travel, whether by foot, horse or ship. It also tended to be specific – from individual to individual – and controlled. The people received only the news the authorities, church or monarch, deemed fit to release.

That changed in various European countries from the mid-17th century with the foundation of newspapers. Though they had a long struggle to secure the freedom to publish, they did impart “unauthorised” knowledge.

Editors, however, were dependent for their material on relatively slow, if exotic, communication systems.

In the autumn of 1845, for instance, a young man called Paul Julius Reuter used carrier pigeons to convey the stock market news from Paris to Berlin because they were swifter than the available train. Some six years later, with the development of telegraphy, the man now renowned for starting the Reuters news agency made the birds redundant. News was now on the move through electrical wires. Some 25 years afterwards, the first telephones were in use, though international networks took an age to develop.

By 1935 reporters were beginning to use telex machines and they enjoyed a long life. I recall that as recently as 1986, I was still receiving telexed copy from Sunday Timesforeign correspondents.

Just before the dawn of the 20th century, wireless telegraphy (aka radio) arrived. Then, within 40 years, came television. In diverse ways, newspapers, TV and radio spawned all manner of innovations that increased the range and speed of news transmission.

At each stage of technological progress, not only did the quantity of news increase but also the style of presentation. Moving pictures, quite obviously, made a huge difference.

Then came the personal computer and, in 1991, the foundation of the global system of interconnected computer networks we know as the internet. Hard on its heels came the mobile phone, a device that allowed people to talk and send messages from wherever and whenever they fancied.

The digital revolution was under way and within the last decade it has transformed the way people across the world communicate, especially with the spread of ever-faster broadband speeds. It has enabled millions to publish their words, pictures and films without needing to beg for permission from traditional mainstream media moguls or state bureaucrats.

The net has created a new media hierarchy headed by a range of brands – Microsoft, Apple, Google, Yahoo and Amazon – that have either generated profits on a scale the great giants of the industrial revolution could never have imagined or secured audiences that promise a golden future.

The names of social networking websites, such as Facebook, MySpace, Bebo and Twitter, are known to millions of people on every continent. Young people use these sites as naturally as they walk and talk. They upload photographs to Flickr. They upload videos to YouTube. They seek information from Wikipedia. They strike bargains on eBay. In Britain, people routinely watch television programmes online by using the BBC’s iPlayer service.

RTÉ’s website is offering a similar kind of “catch-up TV”. In the United States, Hulu allows people to see major shows from TV networks to be screened online. Whatever is shown on a computer can also appear on increasingly sophisticated mobile phones too.

Nor should we forget the new, improved generation of e-readers either. Scores of books and copies of daily newspapers can be downloaded on to devices slimmer than a paperback. They are catching on fast.

The net has not eradicated old media but it has certainly hollowed out the profits of newspapers and commercial TV and radio outlets by attracting the advertisers who funded their content. Some companies have gone to the wall, though the wiser, and more financially stable, have sought to cuddle up to the new media, trying to find an accommodation that will allow them to continue in some form, to go on turning a profit.

Did I say wiser? Well, let’s get that in perspective. I’m referring in most cases to short-term commercial wisdom. Their chances of survival to 2020 look slim because the digital revolution has a good way to run yet. Even those who regard themselves as digital revolutionaries have no clear idea what’s around the corner. Could anyone in 2004 have forecast that by the following year a site set up merely to receive video clips from all and sundry would become one of the most accessed sites on the web? That’s YouTube.

Even so, I have a dream of the future, a dream that I also realise could just as well turn into a nightmare. Let me share the sweet dream with you first.

There may not be as many newspapers, but there will be plenty of journalism. It will have assumed a new form in which, to use Jay Rosen’s unmatchable phrase, “the people formerly known as the audience” will play a key role in the gathering and transmission of news events. They will surely do this on a local or, to use another fashionable buzzword, hyperlocal, basis. Their work will appear largely online, on sites that are unlikely to be connected to the major publishing chains that have ruled the news roost in the US and Britain for so long.

A similar change will be wrought at the national level. There will be fewer print titles, though online audiences previously attracted by the strength of a brand name will ensure its survival. But there will be much fewer journalists in full-time employment. It does not mean the elimination of professional journalism, by which I mean people paid to carry out daily journalistic work in order to hold power to account, which is the prime task of our trade. Simple economic reality will ensure that news outlets – whether they are publishing brands that exist today or small start-ups – will not host large staffs on the old newspaper model.

These professional news “hubs” will work in concert with, for want of a better term, amateur journalists. Call it participation or collaboration or, to borrow a term coined by Alan Rusbridger, the editor of the Guardian, mutualisation. It is how news gathering is already developing and, in 10 years that will have become the norm.

Start-ups will be common. Many young would-be journalists, especially those streaming out of university courses in the coming years, will have set up their own sites because jobs in old “big media” will have vanished. Entrepreneurial journalism will flourish, servicing niche interests. These may be as unspecific as generalised “investigative journalism” or narrowly focused, on travel, say, or the transport system or health.

Did I hear someone, Rupert Murdoch perhaps, ask a pertinent question about funding? Who will be paying for this collaborative journalism in 2020? I predict that we will have a mixed economy – advertising, subscription, micropayments, sponsorship, philanthropy, donation, charity and a range of payments for add-on services formed around news hubs.

People will not pay to place classified ads, but large-scale advertisers will be drawn to support sites that achieve either high volumes of traffic or attract niche audiences. State funding is unlikely, though I imagine that the BBC’s and RTÉ’s licence fee arrangements will still exist on a roughly similar basis as today. Then again, the further fragmentation of TV audiences by 2020 will reduce the advertising take for broadcasters – in favour of online – which will be a threat to RTÉ unless it can renegotiate higher licence fee income.

Online journalism will secure funding because, despite the current cynicism about the big media corporations that tend to dominate in every market across the world, collaborative journalism will give it a new credibility. Indeed, smaller outlets will have a greater chance of gaining public trust.

So there is a dream. A new news paradigm. An unmediated media emerges with a public service remit. It will not mean the termination of human interest journalism, of course. There will be plenty of celebrity sites to satisfy the appetites of those who seek tittle-tattle.

But let me also concede that the idealistic dream of a smaller scale journalism unfettered by commerce could turn into a nightmare. One undoubted advantage of big media is that it has the size to mobilise populations when wrong is done, especially by the state. Newspapers and broadcasters strive to keep governments honest.

Now consider a world in which the state, freed from scrutiny by powerful watchdogs, seeks to control content. China has devoted untold resources to seal off its population from net freedom. Even the technologically challenged states of Burma and Iran managed to block the web. In Britain, anti-terrorism legislation has the power to curb online freedoms.

Down the centuries, people have fought for the right to know more. It would be truly ironic if that struggle were to be halted in the face of history’s most liberating communications technology.

Roy Greenslade is professor of Journalism at City University London